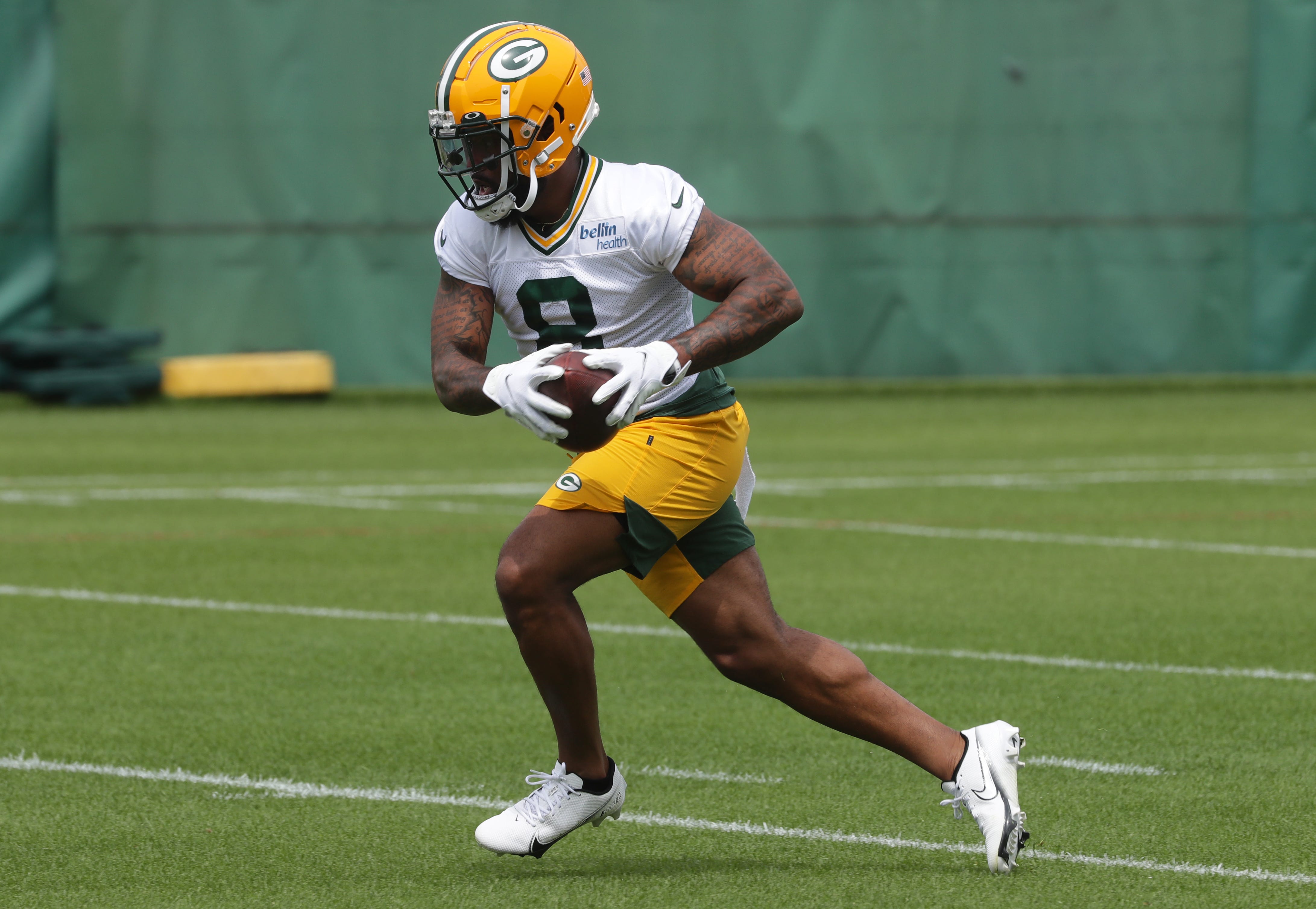 The Packers chose wide receiver Amari Rodgers in the third round of this year’s NFL Draft. Many fans were hoping the Packers would select a receiver early in the draft in 2020 but the Packers did not draft any wideouts that year.

Now that they have selected Rodgers, what can the team expect from him during his rookie season? The Packers have a lot of candidates at wide receiver with Davante Adams, Allen Lazard and Marquez Valdes-Scantling starting training camp ahead of Rodgers on the depth chart.

Here is a look at what fans should expect from Rodgers in his rookie season:

Rodgers returned punts at Clemson and even took a punt return to the house in 2018. The Packers have struggled to find a consistent punt returner in recent years. The closest they’ve had was Tyler Ervin but he struggled to stay healthy and was only played 12 games with the Packers over two seasons.

Because of his elusiveness and vision, Amari Rodgers could provide the Packers with a breakaway threat as a return specialist for the first time in several years.

In addition, he could also be a candidate for coverage on kick and punt return defense as a gunner or in another role.

The Packers have not had a true slot receiver since the departure of Randall Cobb after the 2018 season. Rodgers is 5’10”, 185-pounds which gives him a different body type than most of the other Packers receivers who are over six feet tall and provide a bigger target for their quarterbacks.

Rodgers has the body type most scouts prefer for working inside. He isn’t short but he’s not too tall and he has the speed and elusiveness to find the soft spot in a zone or to get lost when running crossing patterns over the middle just beyond the line of scrimmage.

The key for Rodgers to assume this job will be how quickly the rookie receiver learns the playbook and proves to his quarterback and the coaching staff that he can assume a bigger role in the offense.

Over the long haul, look for Rodgers to grow into a similar role that Cobb had during his prime with the Packers. Whether he’ll be able to do that as a rookie remains to be seen.

Packers head coach Matt LaFleur has indicated that he envisions Rodgers being used in a similar role to what Tyler Ervin had during his tenure in Green Bay. That means expect LaFleur to design plays to get the elusive Rodgers the ball in space.

Rodgers could line up in the slot, on the outside or in the backfield as a running back, much like Cobb and Ervin used to do. And it means plays like jet sweeps, screens, draws and end arounds.

This may end up being just a handful of plays per game, but they could be high impact plays if they work well and can provide the Packers offense with a key first down, big gain or touchdown.

Rodgers impressed the coaching staff during OTAs, but of course, that’s a series of practices without contact or even pads. Still, it’s encouraging that the rookie made a good first impression.

Coming into training camp, we know Adams is WR1, Lazard and Valdes-Scantling are the top contenders for WR2 and WR3 and then things are wide open after that. Rodgers will battle with Devin Funchess, Equanimeous St. Brown and Malik Taylor along with several other candidates for roster spots and playing time.

If Rodgers learns the playbook and shows the coaching staff he can contribute, he can end up seeing the field for a larger number of offensive plays. Obviously, injuries could increase or decrease the number of snaps Rodgers takes. If some of the players ahead of him on the depth chart get hurt, he can find himself in a larger role.

Last year’s fourth receiver, Equanimeous St. Brown, played in 12 games and started one. He saw the field for roughly 19 percent of the Packers offensive snaps. Had he been available and healthy for all 16 games, that number could have been closer to 25-28 percent of snaps.

Look for Rodgers to do approach 25-30 percent of snaps by season’s end depending on how quickly he adapts to life in the NFL and gains the trust of his quarterback.

In the long run, Rodgers has the potential to be a major contributor to the Green Bay offense. The question is how quickly he can assume that role and what he can add to the offense in 2021.