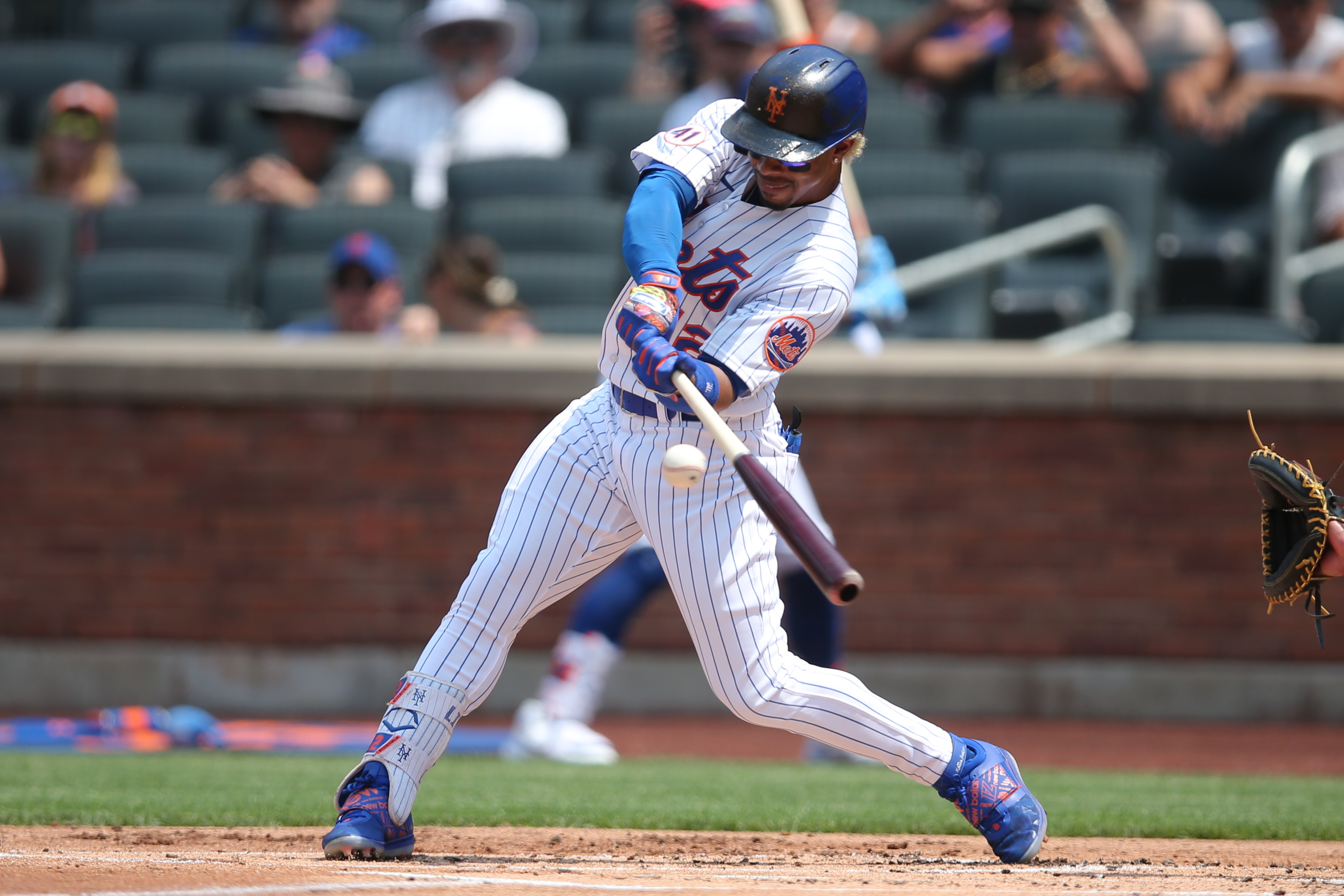 New York-The advent of seven-inning doubleheaders does really throw off the perspective of a baseball game to the traditional fans. Add in the ghost runner for extra innings and there’s the potential for all sorts of wackiness. The New York Mets (45-37) withstood all the shenanigans, rallying twice to walk off with a 4-3 win over the Milwaukee Brewers (51-36) in eight innings.

Jacob deGrom got the start for the Mets and ran into some trouble early, giving up a leadoff home run to Luis Urias (11) to put Milwaukee in front 1-0. The Brewers went down in order after that and the Mets went to work against Corbin Burnes in the bottom of the first. Brandon Nimmo doubled to left-center to lead off the inning and came around to score on an RBI single from Francisco Lindor that blooped into shallow left field, tying the game at one.

Francisco Lindor gets one right back for the Mets 😎 pic.twitter.com/pcK4AEBa6q

The Mets had a chance to get more as they got runners on second and third with one out, but Burnes struck out Jeff McNeil and Michael Conforto to strand the pair. The game evolved into a pitcher’s duel at that point as Burnes and deGrom started tossing up zeroes, with deGrom retiring 13 in a row before Jace Peterson took him deep for a solo shot (4) in the fifth to give the Brewers a 2-1 lead.

The Mets tried to get the run back against Burnes in the sixth, chasing him after Pete Alonso doubled with two outs and McNeil reached on an infield single. Milwaukee then went to Devin Williams, who hit Michael Conforto to load the bases but got Luis Guillorme to ground out to end the threat. That out also closed the book on Burnes, who allowed just the one run on six hits in 5.2 innings while punching out eight.

deGrom got through the seventh for the Mets, allowing just the two runs on four hits while striking out ten, but left in line for the loss as Josh Hader, who entered the day a perfect 20 for 20 in save opportunities, came on to close for the Brewers. Hader (B, 1) got the first out but pinch-hitter Jose Peraza came through in the clutch again, launching a tying homer to pull the Mets even at two.

JOSE PERAZA AND WE ARE TIED!!!!!! pic.twitter.com/lKjEVOvR6D

Hader got the next two outs to send the game to extras, where Edwin Diaz came in to face the Brewers with the ghost runner on second. Diaz (W, 3-2) got the first two outs but quickly lost the strike zone, walking the next two men and hitting Christian Yelich with the bases loaded to force in a run. That would be the extent of the damage for Milwaukee as Diaz recovered to strike out Willy Adames to leave the bases loaded.

With both Williams and Hader out of the game, Brewers’ manager Craig Counsell went to Brent Suter to try and record his first career save. Suter (L, 8-4) got into immediate trouble by hitting Dominic Smith and walking James McCann to load the bases for McNeil, who came through with a single up the middle to plate the runs and secure his first career walk-off RBI.

Simply put, this is a game that a lot of past Mets teams don’t win. The Brewers got their perfect game plan, getting seven innings out of Burnes, Williams and Hader in a shortened game but the Mets still found a way to come through in the clutch moments. This team has a certain resilience that winners do, which could speak very well to their long-term potential this season.

The Mets and Brewers are set to play the finale of their three-game series in just under two hours. There hasn’t been a starter named for the Mets as of post time but right-hander Robert Stock (0-1, 11.25 ERA) figures to be in line for that assignment while Milwaukee counters with lefty Brett Anderson (2-5, 4.69 ERA). First pitch for the nightcap is scheduled for 7:10 p.m. at Citi Field.