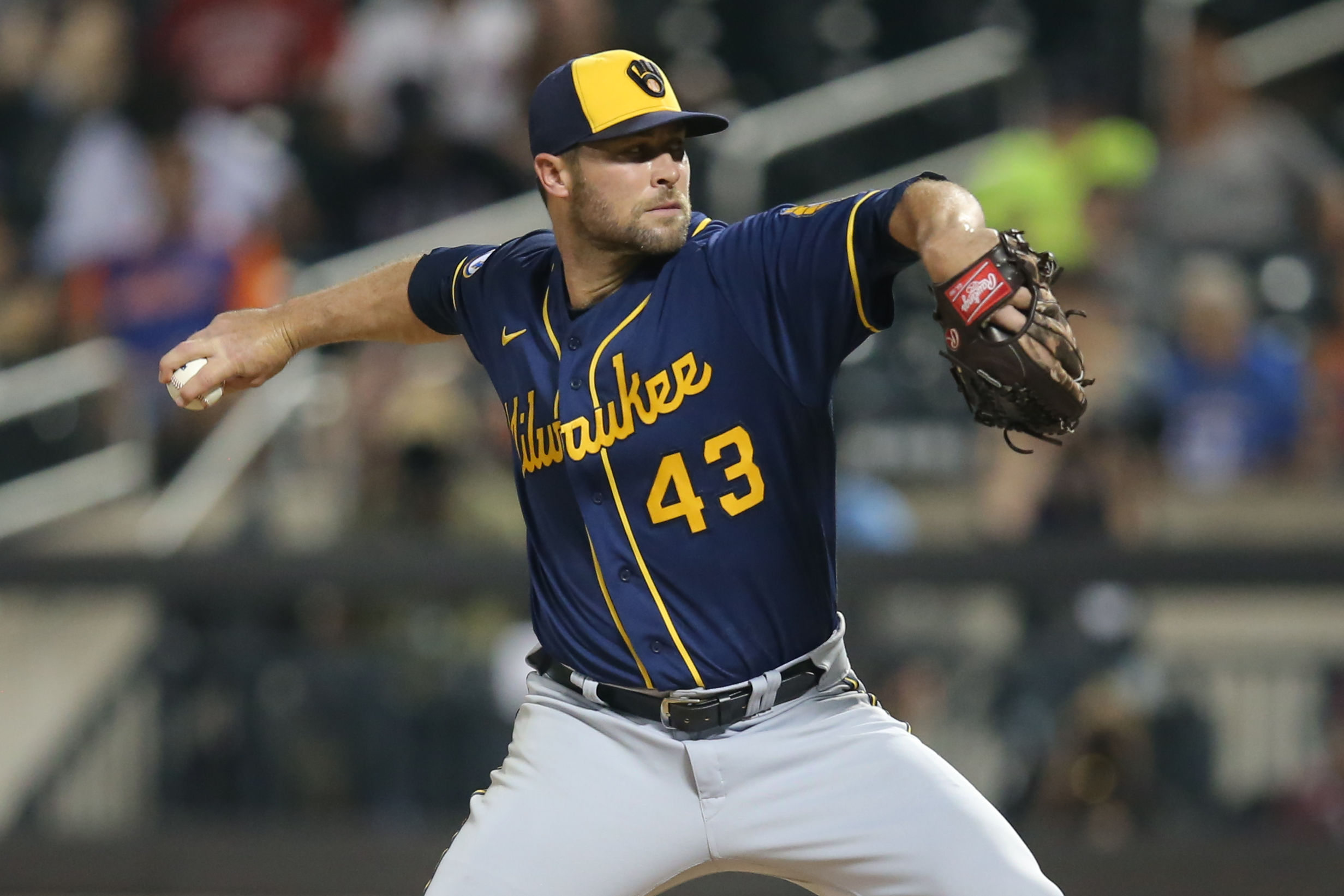 Strickland began his season with the Rays, and was simply marvelous. In 13 games, and 16 innings pitched, he gave up 14 hits, three earned runs, and six walks, to go along with 16 strikeouts and two holds. Strickland had an earned run average of 1.69, and a WHIP (walks and hits per innings pitched) of 1.25. The holds came in a 4-1 Rays win over the Kansas City Royals on April 19, and in a 14-7 Rays win over the Royals on April 20.

On May 15, Strickland was traded from the Rays to the Los Angeles Angels for cash considerations for a player to be named later, and his time in southern California was an outright disaster. He gave up seven earned runs in 6 1/3 innings for a horrendous earned run average of 9.95.

Then on June 12, Strickland was traded from the Angels to the Brewers for cash considerations, and has been tremendous in the Milwaukee bullpen ever since. In 10 1/3 innings, Strickland has not given up an earned run, for a perfect earned run average of 0.00, and has had an excellent WHIP of 1.07. He has had eight strikeouts and given up five walks and six hits.

The Brewers meanwhile are red hot in the National League Central. They have a record of 52 wins and 36 losses, and are running away with things. The next closest team in the NL Central are the Cincinnati Reds, who are six games back.