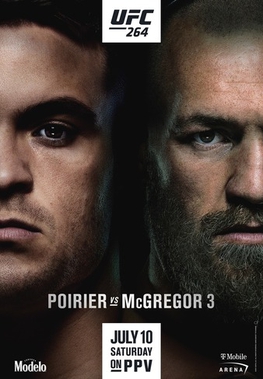 There are lots of things to like about du Plessis. I’m a fan of the high level of competition he’s faced thanks to KSW. I’m a fan of his grappling in both positioning and working for submissions. However, if I had to pick just one thing, the most impressive aspect of du Plessis’s game is his counterpunching. He will sporadically pressure his opponents, but actually throws some of his most devastating strikes when he’s on the back foot. Not only can he put his opponent to sleep from there, but he also draws out their strikes quite well, leading to lots of opportunities in this facet of the game.

While he faced a lot of great competition in KSW and EFC (like Joilton Lutterbach and Roberto Soldic), KSW doesn’t have a lot of eyes from the Western hemisphere on it. As a result, there are not a lot of fans in the states that are aware of just how deep his resume is. A really strong win over Markus Perez gave people a taste of what might be to come, but if the average fan knew what he had already accomplished, there would be a lot more people pumped for this fight.

Trevin Giles is a guy who both moves forward quite a bit and who shoots takedowns when things are going his way. This plays into the hands of du Plessis on a number of fronts. The first one being that he likes someone who is willing to move forward and engage at will. This will give him a lot of opportunities for his counter striking. Also, if that doesn’t go Giles’s way and he does shoot a takedown to change the tenor of the fight, du Plessis just happens to have three guillotine finishes in his last seven wins. The last two losses of Giles? You guessed it – both guillotines.