Ten Things You May Not Know About Packers CB Jaire Alexander 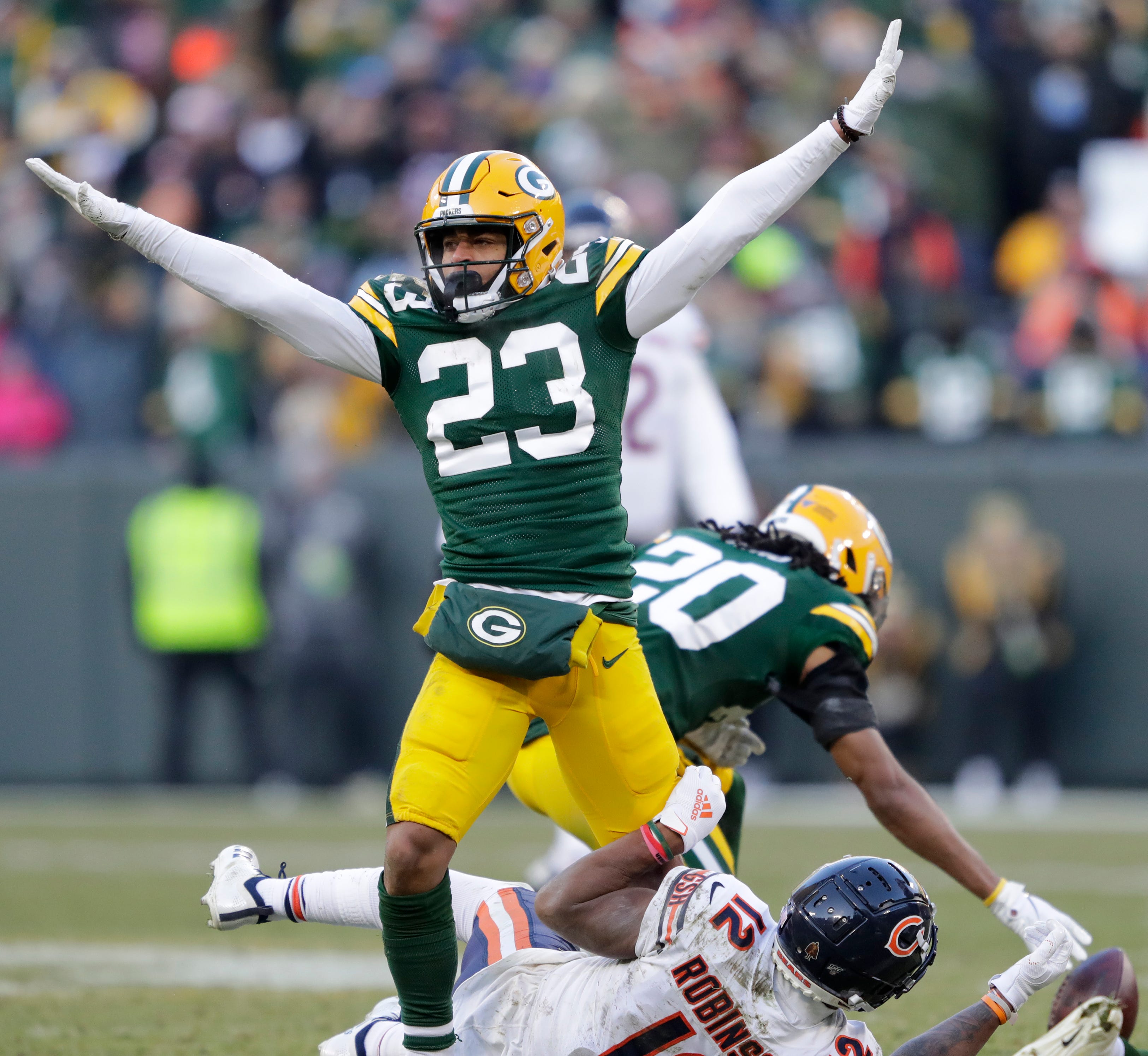 Ten Things You May Not Know About Packers CB Jaire Alexander

Packers cornerback Jaire Alexander made the Pro Bowl for the first time in his three-year NFL career in 2020. Alexander has become one of the top cover corners in the league and his confidence and intensity have made him a leader in the Packers locker room.

Here are 10 things you may not know about Jaire Alexander:

Alexander grew up in Charlotte, North Carolina. He started playing high school football at West Charlotte High School and then later transferred to Rocky River High School which is in the Mint Hill area of Charlotte.

Initially, Alexander played wide receiver but defensive coach Willie Crite, Jr., suggested he would excel as a cornerback. The rest, as they say, is history.

Alexander attended the University of Louisville from 2015-2017 and declared for the NFL Draft after his junior season. In 2016, he enjoyed his best season with Louisville, intercepting five passes, breaking up nine passes and recovering a fumble. He was named second team All-ACC.

In his junior year, Alexander struggled with injuries and intercepted one pass while playing in just six games. Despite struggling with injuries, Alexander declared for the NFL Draft anyway.

Although he only returned four punts as a pro, all of them coming in his rookie season of 2018, Alexander did return punts for Louisville. He averaged 9.9-yards per return and scored on a 69-yard return against Florida State. You can watch the return here:

Because of his injury-riddled final year at college, many experts felt Alexander would slip to the second round of the 2018 NFL Draft at the conclusion of the 2017 college football season.

That all changed at the combine when the former Louisville star ran a 4.38 in the 40-yard dash. His testing numbers helped him move back into the top 20 of most draft boards and the Packers selected him with the 18th overall pick that year.

“Prime Jaire is a real thing,” Alexander told reporters after the Packers win over the Falcons last season. “I call it ‘Prime Time Ja Money.’ That’s like an alter ego. When the lights come on, it reminds me of Friday night lights in high school. That was my time to shine.”

Alexander had a great statistical season in 2020 as he took his game to another level. Opposing quarterbacks completed just 51.3 percent of their passes when targeting receivers covered by Jaire, a career best. They averaged just 9.1-yards per completion and 4.7-yards per target according to pro-football-reference.com.

According to Sportradar, Alexander tied for the NFL lead by allowing just three completions of 20-or-more yards all season in 2020.

As a result of his outstanding performance, Alexander was PFF’s highest-rated cornerback in 2020.

Alexander’s first career interception came in his rookie year when the Packers hosted the Buffalo Bills. The Bills were at the Packers 20-yard line with less than a minute left in the first half and were trying to get back into the game as the Packers held a 13-0 lead.

Quarterback Josh Allen attempted a pass for Zay Jones but Alexander intercepted it in the end zone and returned it 27 yards to help set up a field goal by Mason Crosby in the closing seconds of the half.

The Packers trailed the Bucs 28-10 early in the third quarter of the NFC Championship Game and faced long odds to try to come back and win.

While the comeback ultimately felt short, Alexander came up big for the Packers in this game, picking off Tom Brady twice in the second half to give his team a chance to get back into the game. Unfortunately, the Packers offense was unable to cash in on either of Alexander’s picks and failed to score after either interception.

Alexander has worked with several charitable organizations including the Boys and Girls Clubs of Greater Green Bay.