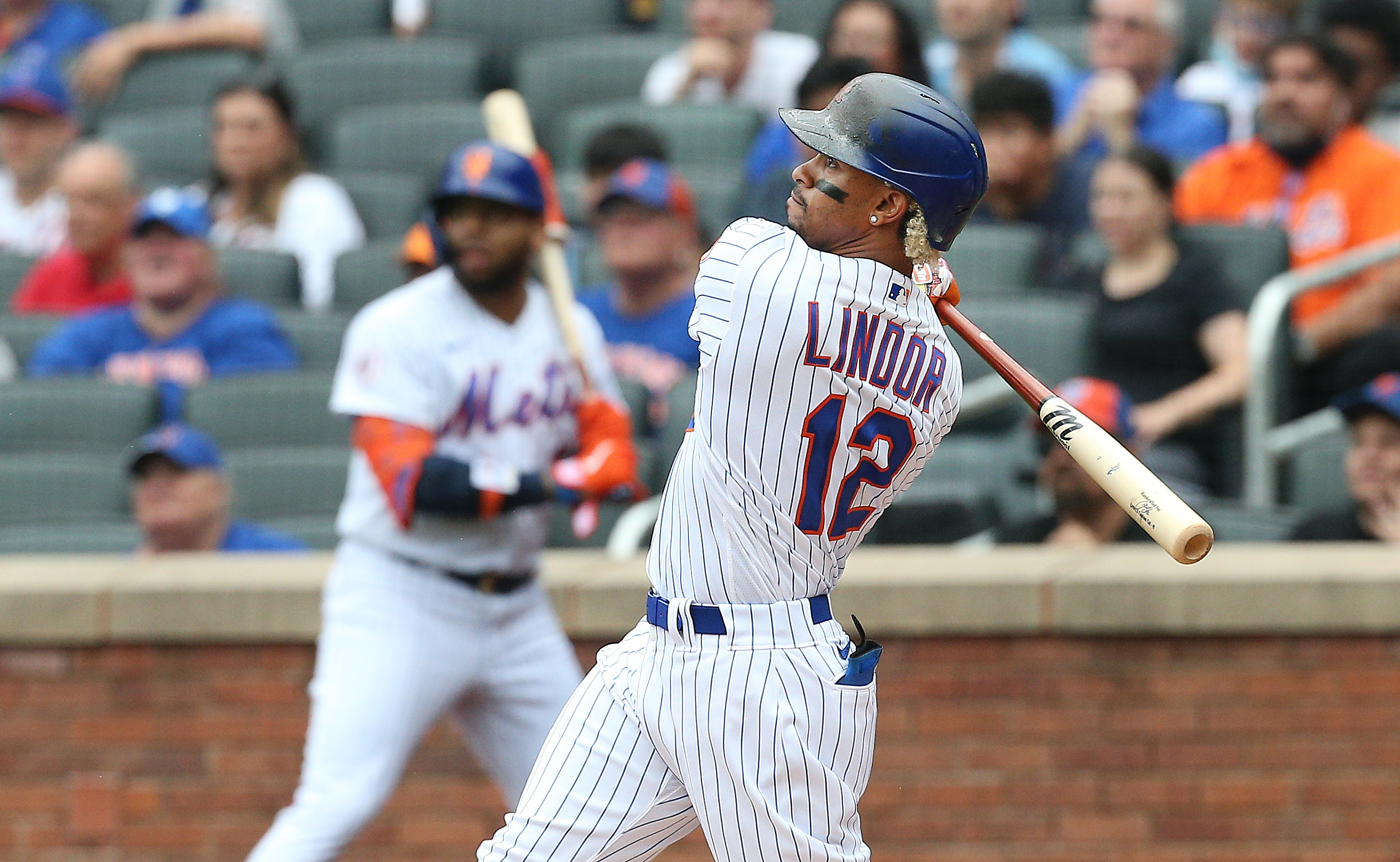 New York-The big consequence of Tuesday night’s rainout for the New York Mets was the lost opportunity to get another start out of Jacob deGrom prior to the All-Star Break. deGrom wisely wasn’t used on short rest, instead getting his work in prior to the game and leaving today’s matchup against the Pittsburgh Pirates to the Mets’ bullpen. There was a clear script that Luis Rojas intended to follow and it backfired as the Mets (47-40) blew a 5-0 lead and lost to the Pirates (34-56) 6-5.

Aaron Loup was asked to be the opener for the Mets and looked up to the task early, going through the first two innings without allowing a run. The highlight was his first inning when he worked through the top of the Pittsburgh batting order with a pair of strikeouts.

The Mets got the offense going in the bottom of the first when Brandon Nimmo led off the frame with a double before Francisco Lindor took Chase DeJong deep for a two-run homer (11) to put the Mets in front early.

The inning continued going well as Michael Conforto stepped up to the plate and delivered a three-run bomb (3) to center to make it a 5-0 game. The blast was Conforto’s first homer since May 1.

After Loup left the game the Mets turned the contest over to the recently promoted Jerad Eickhoff, who got through two clean innings before running into trouble in the fifth. Rodolfo Castro got the Pirates on the board with a solo homer (2) to make it 5-1 before Michael Perez followed with a solo shot (5) of his own to make it 5-2. The Pirates got two men on to force the tying run to the plate, sending Rojas to the mound to bring in Jeurys Familia, who got the final out to end the threat.

Familia stayed on for the sixth and made a mistake of his own, allowing Castro to rope a two-run homer (3) to left to make it a one-run game. After navigating the sixth, Familia was lifted for Miguel Castro, who worked a clean seventh before being asked to work the eighth as well.

That was too much for Castro, who put runners on first and third with one out before Rojas turned to Edwin Diaz for a five-out save. Diaz (L, 3-3) walked Castro to load the bases before striking out Perez on a generous call from home plate umpire Jeremie Rehak. The Pirates then failed to cash in when pinch-hitter Ke’Bryan Hayes struck out to end the eighth.

The Mets’ offense stayed cold after the first, missing out on numerous chances to tack on insurance runs, including in the bottom of the eighth when Kevin Pillar and James McCann failed to get another run home with two on and one out. That left Diaz in a bind to get the final three outs and he struggled, allowing a one-out double and seeing the runner advance to third with two outs before John Nogowski drove in the tying run with a single. The situation went from bad to worse when Diaz gave up an infield hit to Wilmer Difo, allowing the go-ahead run to score and put the Pirates in front 6-5.

From there Pirates’ closer Richard Rodriguez came in and retired the side to record his 12th save of the year. This was a disastrous loss for the Mets, who clearly scripted out how they wanted the game to go and it didn’t work. That inflexibility, along with the fact that Drew Smith wasn’t used for a clean inning instead of pushing Castro and Diaz for multiple innings, cost the Mets this game. The offense failing to score after the first also didn’t help.

The Mets and Pirates will meet again in Pittsburgh on Friday to kick off the second half with a three-game series. First pitch for the opener is scheduled for 7:05 p.m. at PNC Park.