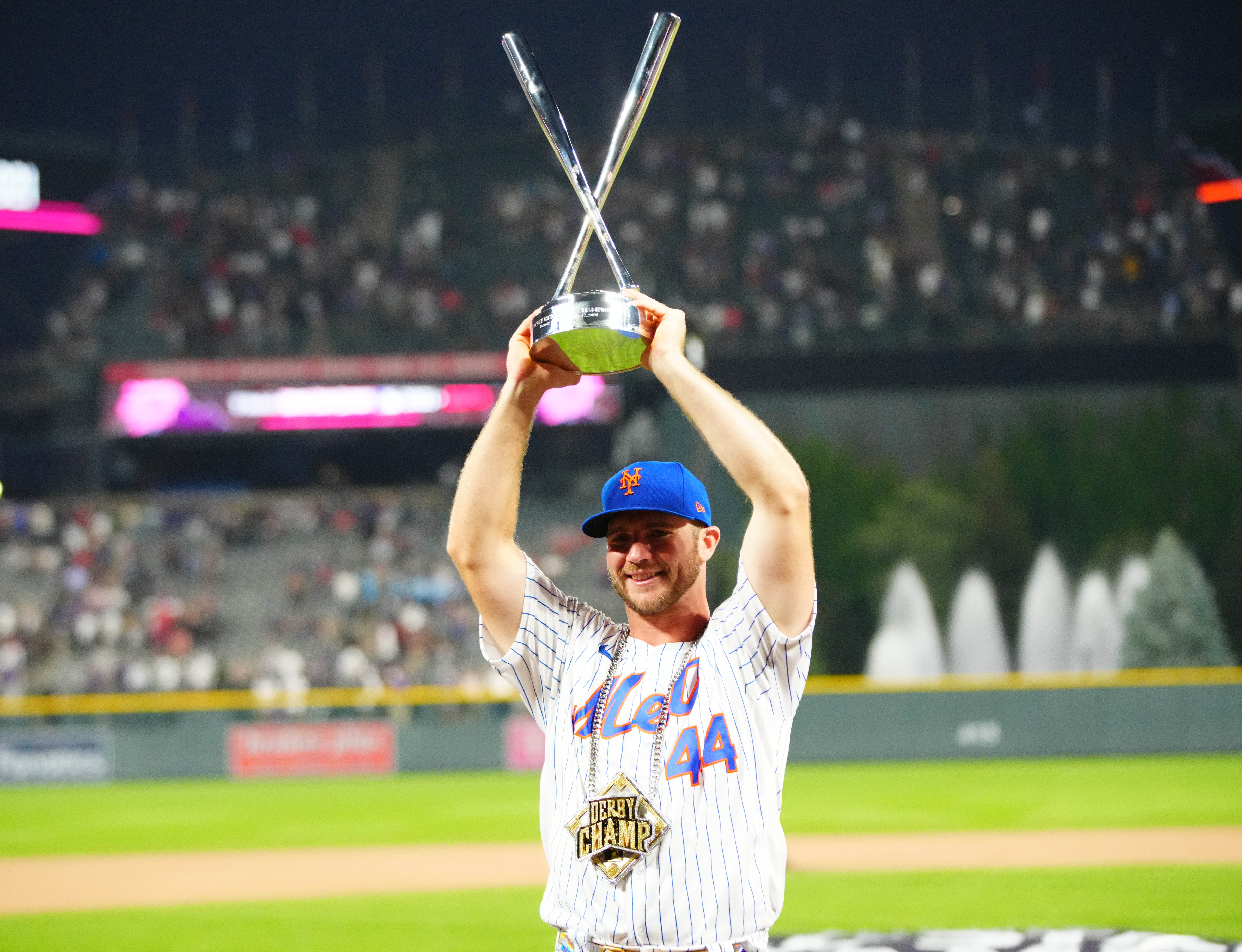 Denver-Most people were expecting the Home Run Derby at Coors Field to be Shohei Ohtani’s coming-out party. The real star of the night, however, was New York Mets’ first baseman Pete Alonso. The reigning champion defended his crown in style, shattering the first-round record for home runs on his way to a walk-off victory over Baltimore Orioles’ slugger Trey Mancini to pocket a cool million bucks and the title of Home Run Derby champ.

Despite being the reigning champion, Alonso was seeded fifth in the bracket and set to square off with Kansas City Royals’ catcher Salvador Perez in the first round. Alonso batted first as the higher seed and put on an absolute show, launching 35 home runs in four minutes to advance past Perez, who put up 27 for good measure. The performance shattered the previous record of 28 in a single round set by Josh Hamilton back at Yankee Stadium in 2008.

PETE ALONSO PUT UP 35 IN THE FIRST ROUND! 🤯 pic.twitter.com/g5dEwzBa34

The win earned Alonso a nice long break to watch the matchup of his next potential opponent, either Ohtani or Washington’s Juan Soto. The pair put on quite a show, advancing all the way to a swing-off that Soto prevailed in by a score of 31-28. The victory was taxing for Soto, who slugged just 15 homers in the next round, allowing Alonso to comfortably advance to the finals once again. Ever the showman, Alonso called his timeout down one homer to Soto in the second round to pump up the crowd.

The final matchup pitted Alonso against Mancini, the sentimental favorite of this field as a cancer survivor. Mancini did his best, putting up 22 homers in three minutes of swing time, but Alonso outdid him in cool fashion. Down six homers with a minute left of bonus time, Alonso homered on his final six swings to win the Derby again.

A big assist in the win goes to Mets’ bench coach Dave Jauss, who was Alonso’s pitcher tonight. Jauss did a very efficient job pumping strikes right over the heart of the plate, allowing Alonso to maintain his rhythm and prove his dominance in this event, which he is clearly built for. While players like Soto and Ohtani were gassed from all of their swings, Alonso barely broke a sweat on his way to another Derby crown. Winning these events has been a pretty lucrative affair for Alonso early in his career.

Alonso is now the fourth player to win the Home Run Derby more than once, joining Ken Griffey Jr, Prince Fielder and former Met Yoenis Cespedes, who won both of his crowns as a member of the Oakland A’s. Griffey and Cespedes are now joined by Alonso as the only sluggers to repeat as Home Run Derby champions and Griffey maintains the all-time lead in Derby victories with three.

No one has ever won the Derby in three straight years, a mark Alonso can break if he participates next season at Dodger Stadium. Alonso played coy about his intentions in an interview after the event but if he decides to enter Alonso would have a tremendous shot at making some home run history.