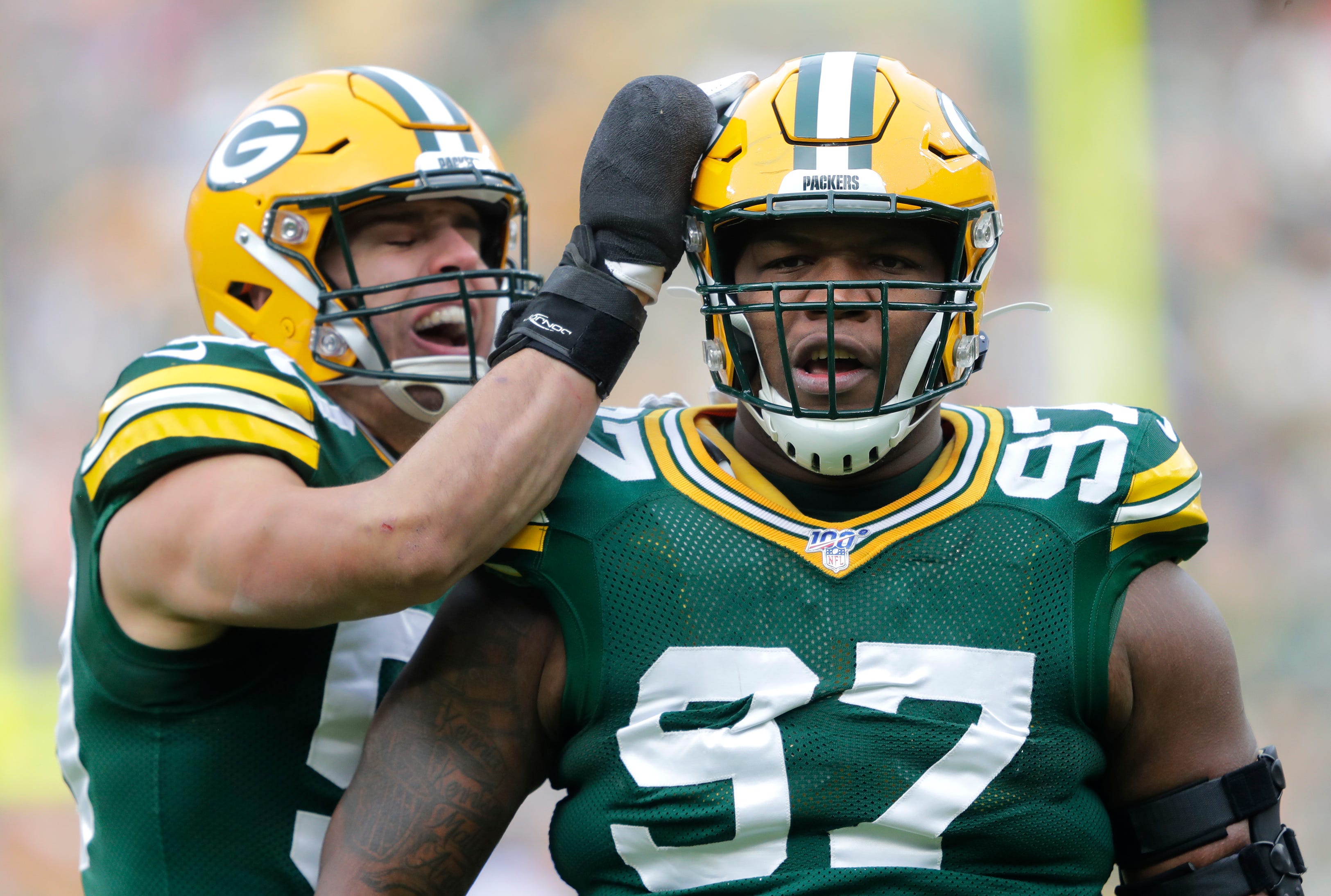 The Packers will open training camp in a few weeks in preparation for the 2021 NFL season. This is the next in a series of in-depth articles previewing each position group for the Packers. We will discuss each player at the position, provide a depth chart and analysis of each player on the 90-man roster, their skill set, what they need to improve on and what is expected of them in 2021.

Today we will look at the defensive line. Click here to see our look at the tight end position. The defensive line is an area of concern for the Packers but the team is hoping that some offseason additions and the progression of returning players will help improve this part of the defense. New defensive coordinator Joe Barry may utilize his linemen in a different way than the departed Mike Pettine. This may also improve the performance of several players on the roster.

Here is a look at the Packers defensive depth chart entering training camp:

Clark is clearly the Packers best defensive lineman and the former UCLA star is capable of being a dominant player. He reached that level in 2019 and earned Pro Bowl honors but injuries slowed Clark down early in the 2020 campaign and he didn’t reach his usual high level of play until December.

Under Barry, Clark may move to three technique more often and see less reps at the nose tackle spot.

Clark has the size and quickness to tie up multiple blockers on running plays or to penetrate and make tackles for loss. He also can pressure the passer from the interior of the defensive line. There are only about a half dozen interior defensive linemen in the league with both of those skill sets.

Look for Clark to have a bounce back year if he can stay healthy. He is still only 25 even though he’s entering his sixth NFL season.

Lowry started all 16 games for the Packers last season and made 36 total tackles, recovered one fumble and recorded three sacks.

The big issue with Lowry is his contract. The Packers restructured his deal this offseason to free up some cap space, but he is still paid more than the value he has returned on the field.

Most of Lowry’s sacks are coverage sacks. He is a steady run defender who will not add a lot to the pass rush and is best suited to playing almost exclusively on running downs.

Lowry needs to step up his play a bit if he hopes to live up to his contract. The 27-year-old Northwestern alum should be in his prime right now but needs to provide more bang for the buck to prolong his career.

The third-year man out of Texas A&M is the Packers most likely candidate to take a big step forward this year as he enters his third season in the league. Other than Clark, he has the most pass rush potential of any Green Bay defensive lineman.

Last season, Keke had four sacks although they came in two games. He was slowed down by injuries late in year but still managed eight quarterback hits and three tackles for loss while making 21 total tackles.

Keke may hold the key to the improvement of the defensive line. If he does make a third-year jump and Clark stays healthy, this unit could be upgraded significantly over where it was a year ago.

Lancaster was released by the Packers this offseason but re-signed to a new contract that saved the team some cap space. Lancaster is a steady run stopper and gives all out effort. He provides little in the way of pass rush and is a two-down player.

Last season, the former Northwestern star made 23 total tackles but did not register a sack, a tackle for loss or a quarterback hit.

Lancaster is a rotational player who can provide depth but because of his lack of pass rush skills, he is not a preferred starter at this point in his career.

The Packers drafted the 6’5”, 340-pound University of Florida alum in the fifth round of this year’s draft. The team hopes his size and quickness off the ball will help improve the run defense.

The biggest question is when Slaton will be able to contribute as he makes the adjustment from college to the NFL. Scouts feel Slaton may be able to help provide some pass rush from the nose down the road, but it may not happen in his rookie season.

Slaton should have a bright future, but how much he’ll contribute this year remains to be seen.

Previlon spent 2020 on the Packers practice squad although the former Rutgers star did not appear in a regular season game last season.

His strength is stopping the run. Even in college, Previlon had only four career sacks in 36 games.

Previlon will need to make a strong showing on special teams units and to take a step forward on the field to make the 53-man roster this season.

The Packers signed Heflin as an undrafted free agent in May. He spent 2020 with Iowa after playing at Northern Illinois for three seasons. Heflin is strong and stout at the point of attack. His short arms and lack of pass rush skills kept him from being drafted.

Heflin will have to show he can be a good run stopper and contribute on special teams. His non-stop motor and ability to stop the run give him a chance to fight for a roster spot or a berth on the practice squad.