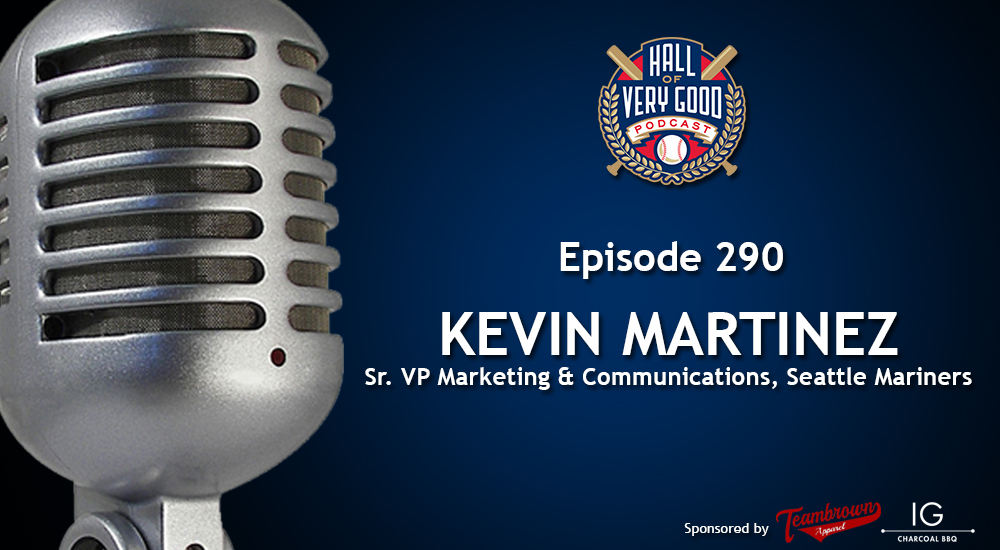 This week, Shawn Anderson and Lou Olsen are joined by Kevin Martinez.

The Senior Vice President of Marketing and Communications for the Seattle Mariners talks to the boys about how he got his start with the team, the stunt that he was sure would get him fired (HINT: it was Turn Ahead the Clock Night), the thrill of handling the marketing of some of baseball’s biggest stars and that time WrestleMania took over Seattle.

An Oral History of “Turn Ahead the Clock,” MLB’s Unfortunate Foray Into the Future of Uniforms

Looking back at the Mariners’ futuristic night