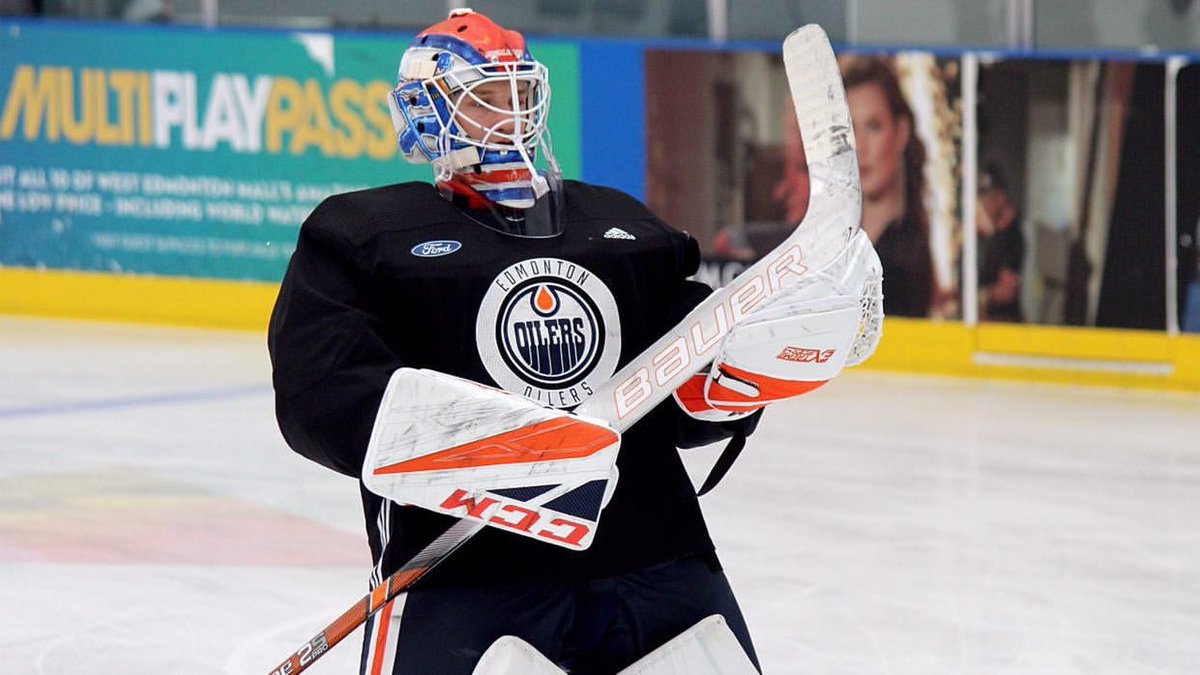 The Edmonton Oilers completed their second trade of the week on Wednesday, although this one qualifies as simply a minor deal. The Oilers dealt goaltender Dylan Wells to the Carolina Hurricanes in exchange for future considerations. Wells, a pending RFA, spent a majority of this past season on the taxi squad as the club’s emergency goaltender. He was unlikely to receive a qualifying offer in the coming weeks.

Selected in the fifth round, 123rd overall, of the 2016 NHL Entry Draft, Wells struggled to adapt to the professional game following his OHL career. In 2019-20, his most recent season in the minor leagues, Wells appeared in just seven AHL games and ten ECHL games.

The Hurricanes reasoning for acquiring Wells is quite simple. If he gets qualified by the organization, he will fulfill their expansion draft requirement and will be left exposed for the Seattle Kraken.

From an Edmonton perspective, Wells was not going to get a contract and was done a solid with this deal. Stuart Skinner, a fellow RFA who had a breakout AHL campaign, is expected to be re-signed and will serve as the starter for the Condors. Ilya Konovalov, who signed earlier this year, will be coming to North America after a strong KHL career and needs to play in the AHL.

Olivier Rodrigue is also under contract and is likely to split time as the ECHL starter and potentially AHL backup.

Following Monday’s trade to bring Duncan Keith to Edmonton, concern began to grow that perhaps a new contract with defenseman Adam Larsson wasn’t as secure as many had once believed. GM Ken Holland even expressed a little concern that negotiations weren’t going as smoothly as hoped when he met with the media on Monday night.

“No, I’m not pretty confident but I’m not not confident,” Holland said when asked if he’s confident he can re-sign Larsson. “I’ve talked lots to J.P. Barry and last week Dave Tippett and myself got on a call with J.P. and Adam and his Swedish agent Peter Warner and told him how we want him back and how important he is to the team.

Talks with Larsson have continued, and on Wednesday morning we got a bit of an update from reporter Ryan Rishaug of TSN.

Adam Larsson is considering the Oilers most recent offer, as negotiations between the two sides continue. Lots of activity in recent days on this, and several contract options are still in play.

However, Oilers Insider Bob Stauffer and NHL analyst Brian Lawton both expressed a sentiment of worry over Larsson and the Oilers getting a deal done on Wednesday’s edition of ‘Oilers Now‘.

Losing Larsson would create a big hole on Edmonton’s second pairing, and could result in the team turning back to defenseman Tyson Barrie, who is also set to hit the market.

Thought it was interesting to hear Rishaug and Jason Gregor discuss Mikko Koskinen on Wednesday on TSN1260. The Oilers have been looking to deal Koskinen, with salary retained, and could be making some traction here. “Hearing some whispers on Mikko Koskinen, obviously with some salary retained,” was said during the conversation.

Gregor also hinted at a market for Koskinen in his latest piece at ‘Oilersnation‘.

With Mike Smith likely getting a new deal with the team, Koskinen is the obvious choice if Holland is going to upgrade in net. The expectation is that the Oilers will push hard for Chris Driedger should he reach the open market.

If Koskinen is dealt with money retained, expect James Neal to be bought out following the Seattle expansion draft.

TSN’s Pierre LeBrun reported on Wednesday that the Maple Leafs and Zach Hyman are still far apart, and that Hyman is likely to hit the market in two week’s time. While they won’t be alone, the Oilers will be heavily involved here. Sources have indicated that Hyman is the club’s top target in free agency to fill the vacant top-six left wing role.