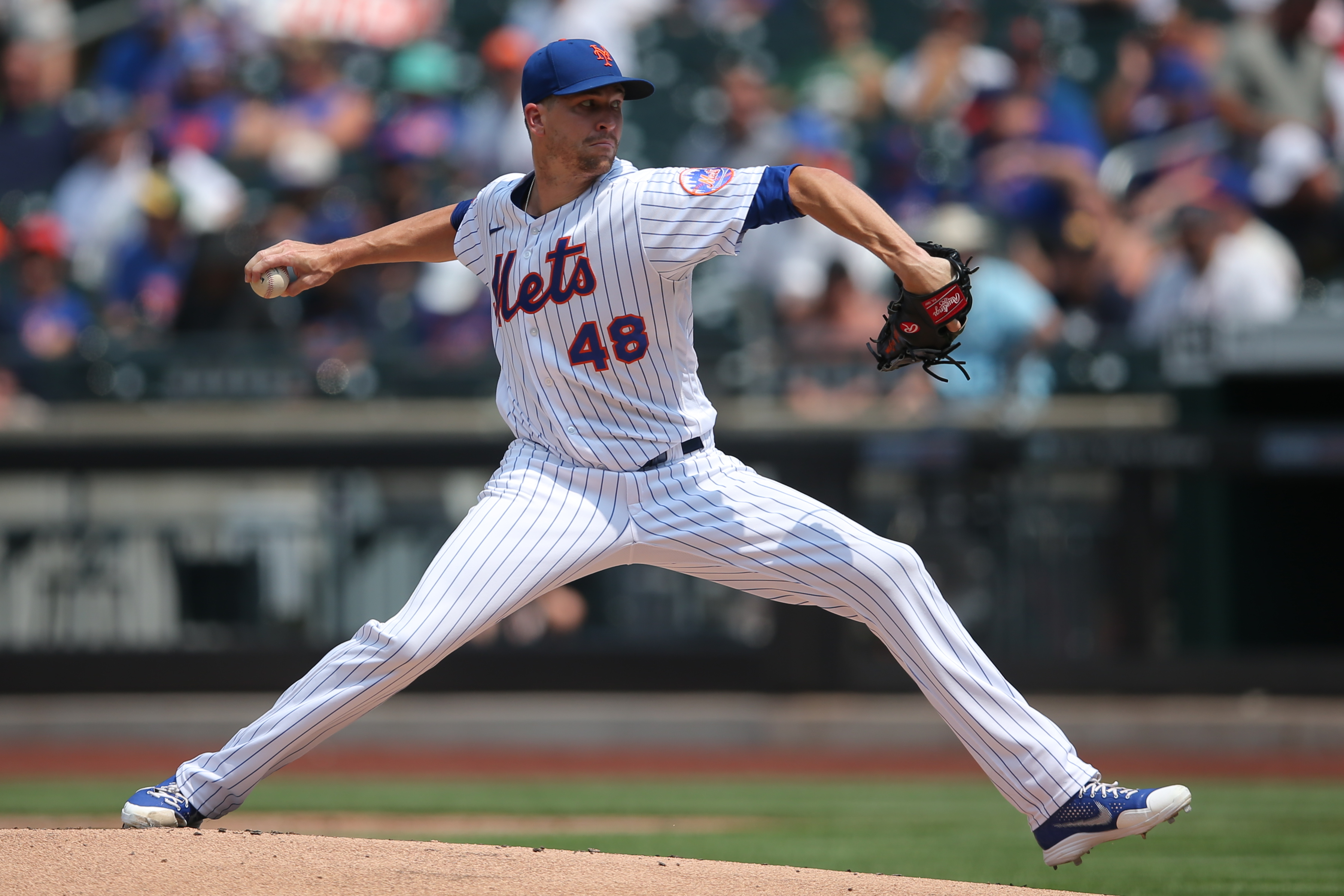 The All-Star Break is still going on and it is the perfect time to look back at the first half for the New York Mets. We have done a few macro-level pieces this week examining the team but now is a good moment to do a micro-level look at the team’s Most Valuable Player prior to the break. In a development that will shock no one, the honor is going to Jacob deGrom.

This fictional award will fit in nicely with the Met of the Month awards he took him in April and June, although deGrom will also have National League Pitcher of the Month awards for both of those months as well. deGrom dominated on the mound all season long, going 7-2 with a ridiculously low 1.08 ERA (which leads the league by a wide margin) to go along with 146 strikeouts against just 11 walks in 92 innings pitched. Opponents are batting just .126 against deGrom, who was easily selected to the National League All-Star team but opted not to participate after experiencing a few injury concerns throughout the first half.

Perhaps the only thing more impressive than deGrom’s brilliance on the mound was his excellence at the plate. 2021 could be the final time that pitchers hit if the universal DH is adopted in the new collective bargaining agreement and deGrom isn’t wasting any of his plate appearances. deGrom is batting .364 with a double and six RBI’s to go along with a .758 OPS, making him a valuable two-way threat for the Mets as well.

The Mets have also done a good job supporting deGrom as he has picked up seven wins already this season, giving him an excellent chance to surpass his career-high of 15 in a single season that was set back in 2017. deGrom is well on his way to his third Cy Young Award in the past four years and has a realistic chance to win the National League’s MVP award if he can keep up his brilliance over the final two and a half months of the campaign. The opposition for that award will be fierce since Fernando Tatis Jr has been putting up eye-popping numbers in San Diego but deGrom has certainly done enough to date to help give himself a slight edge entering the second half.