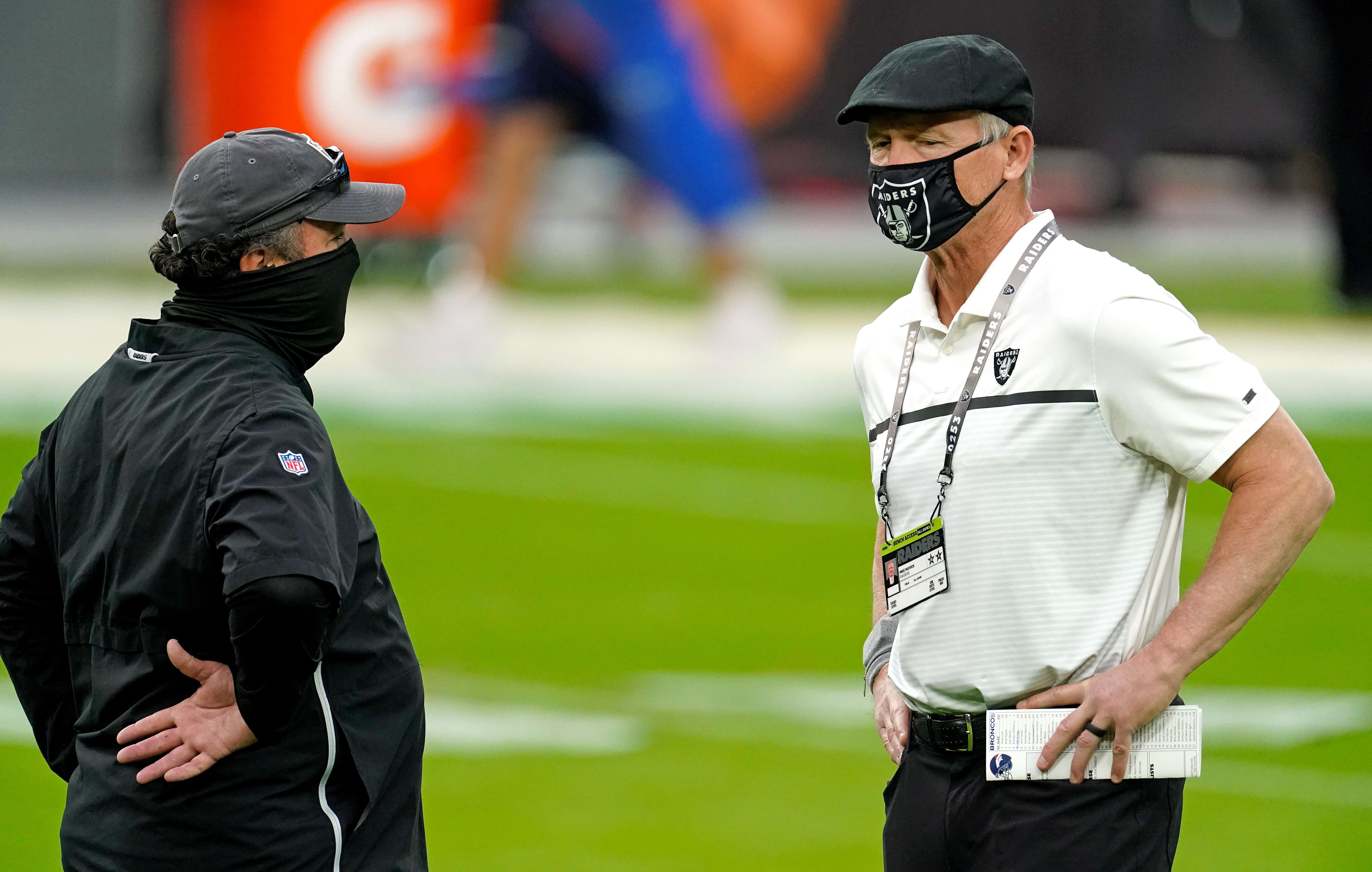 The Raiders fielded one of the top offensive lines in the NFL last season, but even they know that it’s a position group that must be retooled every few years, or it could all fall apart.

Just look at the Steelers and Eagles, who ranked in the top five — in nearly all metrics — just one year ago, yet fared in the bottom-third of the league in 2020. The Eagles’ offensive line often resembled a turnstile, just ask Carson Wentz.

The Raiders are well aware of the fact that building a stout offensive line is vital to a team’s success, and must be done by utilizing the perfect mix of youth and veteran talent. That’s probably why they traded away three of their five starters — most notably, stud right tackle Trent Brown. Right guard Gabe Jackson and center Rodney Hudson were moved as well.

General manager Mike Mayock is aware of the criticism, and he explained the rationale behind the moves.

“I know a lot of people were like, ‘Wow, why’d they do that?’” Mayock said, via the Las Vegas Review-Journal. “But I don’t feel like we took a step back and we wouldn’t have made the moves if we felt that. . . . You can criticize all you want, and I’m talking about the world in general, but I can’t tell you how excited I am to watch our new group play next year. We’re committed to what we’re doing and we believe in them. We really believe we got younger, we got more athletic and we saved a bunch of money.”

It’s a business, first and foremost. Mayock is right. The unit will inevitably take a step back this season, but the Raiders will be better off in the future.