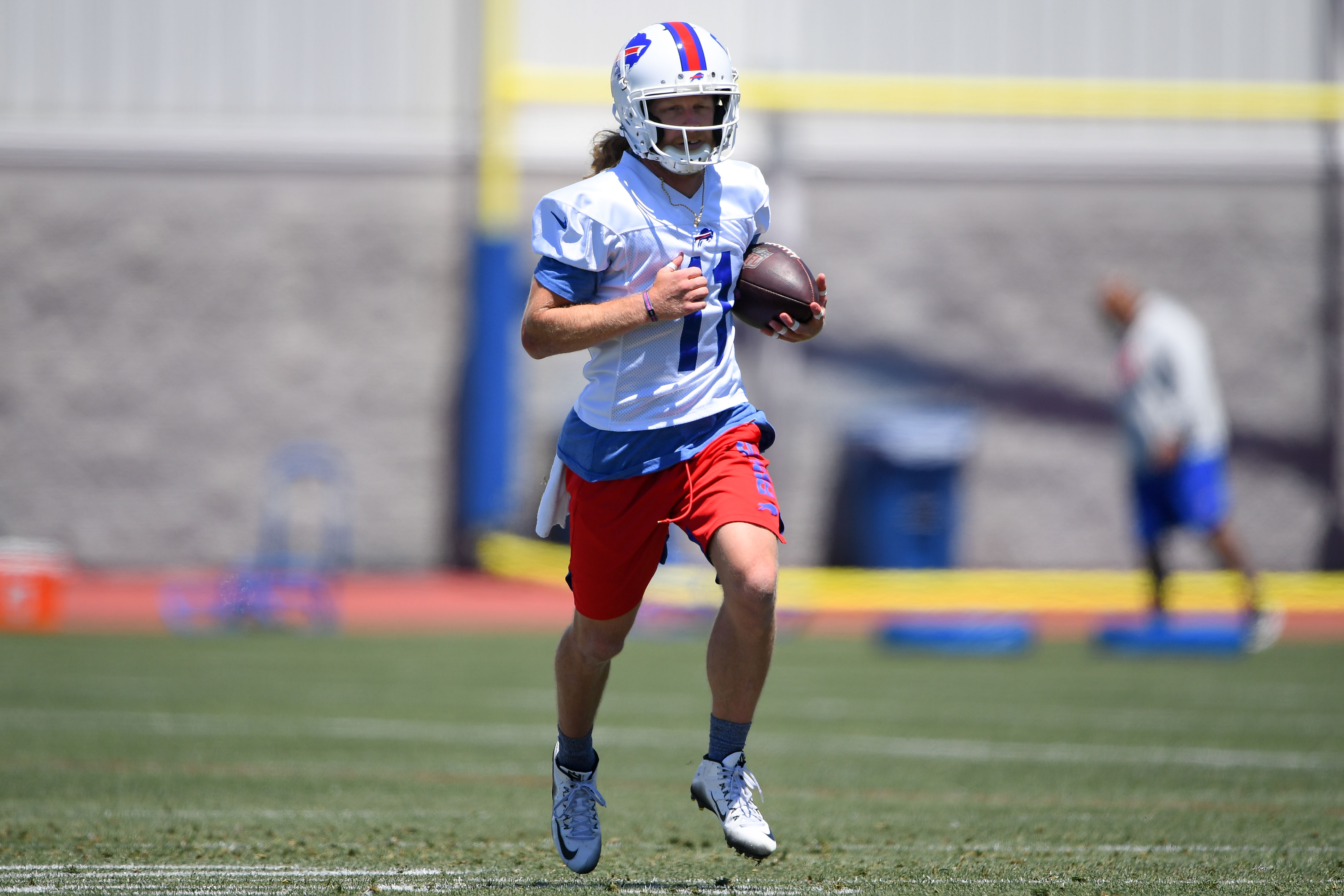 Heading into the 2021 NFL season, many questions and storylines abound, and none are as intriguing as the Buffalo Bills wide receiver corps.

Will the Bills suffer an AFC Championship hangover? As teams’ game-plan for the Bills and opposing defenses take Diggs out of the game, are the secondary options enough of a threat to make the defense pay?

Will Stefon Diggs build on his enormous year in Buffalo, and how will Gabriel Davis develop as a pro?

These questions will be answered in time, but with fantasy football drafts coming soon, we look at the performances and projected fantasy impact for the 2021 Buffalo Bills receiving core.

Led by All-Pro Josh Allen, the top-scoring quarterback in fantasy football last season, and WR Stefon Diggs, another All-Pro, the wide receiver position in Buffalo is stacked to build upon the juggernaut that was their offensive production in 2020. With Stefon Diggs having an entire offseason to work in Offensive Coordinator Brian Daboll’s system, you can expect big things out of the second-year Bill.

The Bills receiving core changed little since last season, with John Brown being released and the addition of Emmanuel Sanders being the only change of importance. 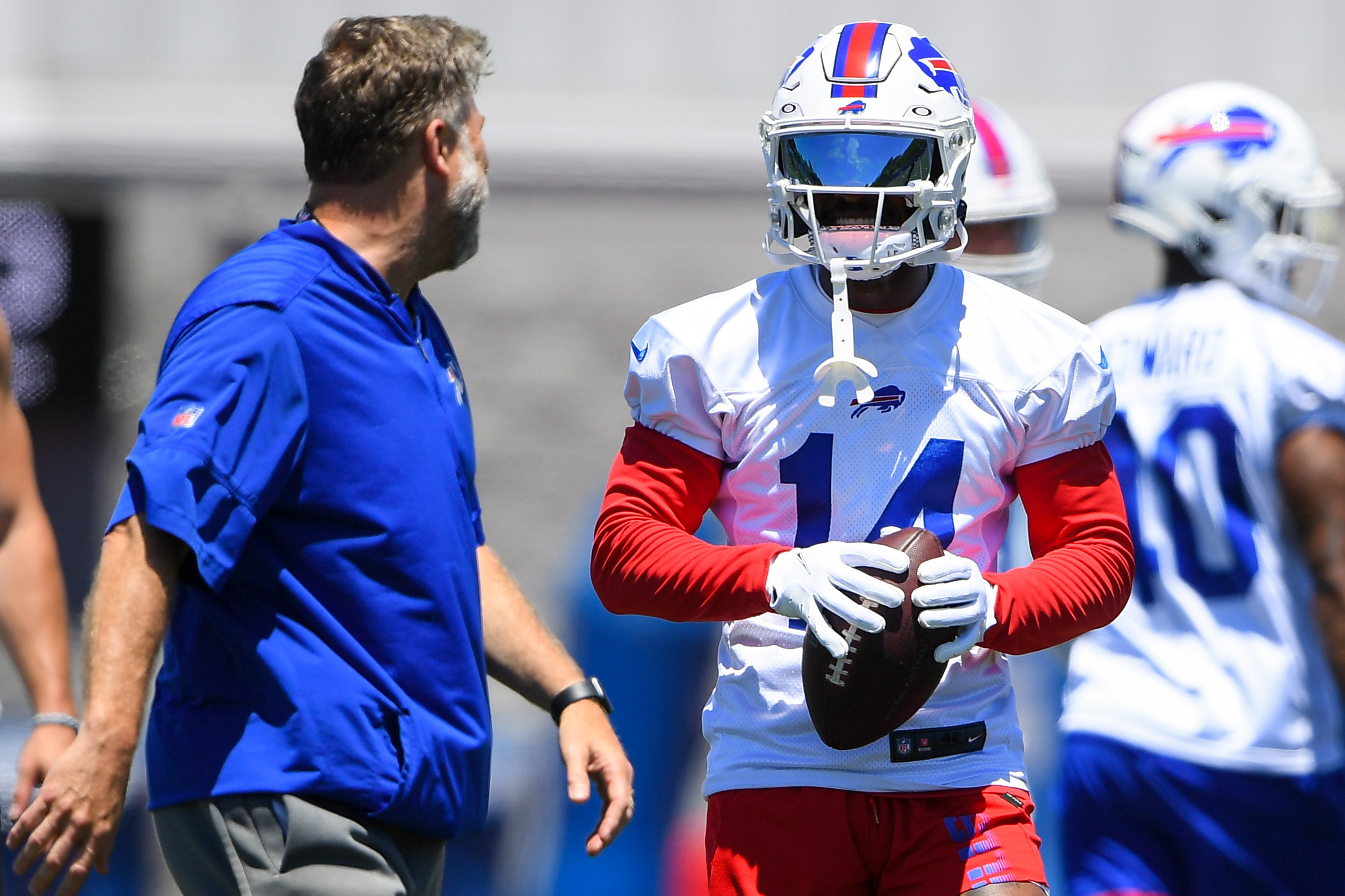 The first year for Stefon Diggs with the Buffalo Bills saw an All-Pro production level. He led all Bills receivers in targets (165), receptions (127), yards (1,535), yards per game (95.6), and receiving touchdowns (8). In addition, Diggs had 9 games of 100+ yards receiving, and at the end-of-season, was the third-highest scoring receiver in PPR formats.

With an incredible catch rate of 76%, Stefon Diggs is a true, elite receiver and a projected 1st-2nd round draft position regardless of PPR or non-PPR formats. Last year the ADP was 15th, but with the chance to build on last season, Diggs has a projected floor of 1,300 yards and a possible 10+ touchdowns, positioning him for a top-6 receiver ranking.

Undersized and underrated Cole Beasley was second on the team with targets (107), receptions (82), yards (967), and ranked fourth for touchdowns (4), all while handling the all-important slot-receiver role on the offense.

As a slot receiver, Cole Beasley has been steadily one of the best in the league. Coming off an All-Pro year, the projections on Beasley are a modest 75 catch, 850 yards, and 5 touchdowns, making him a good bench option, especially for PPR formats for 12-team leagues. 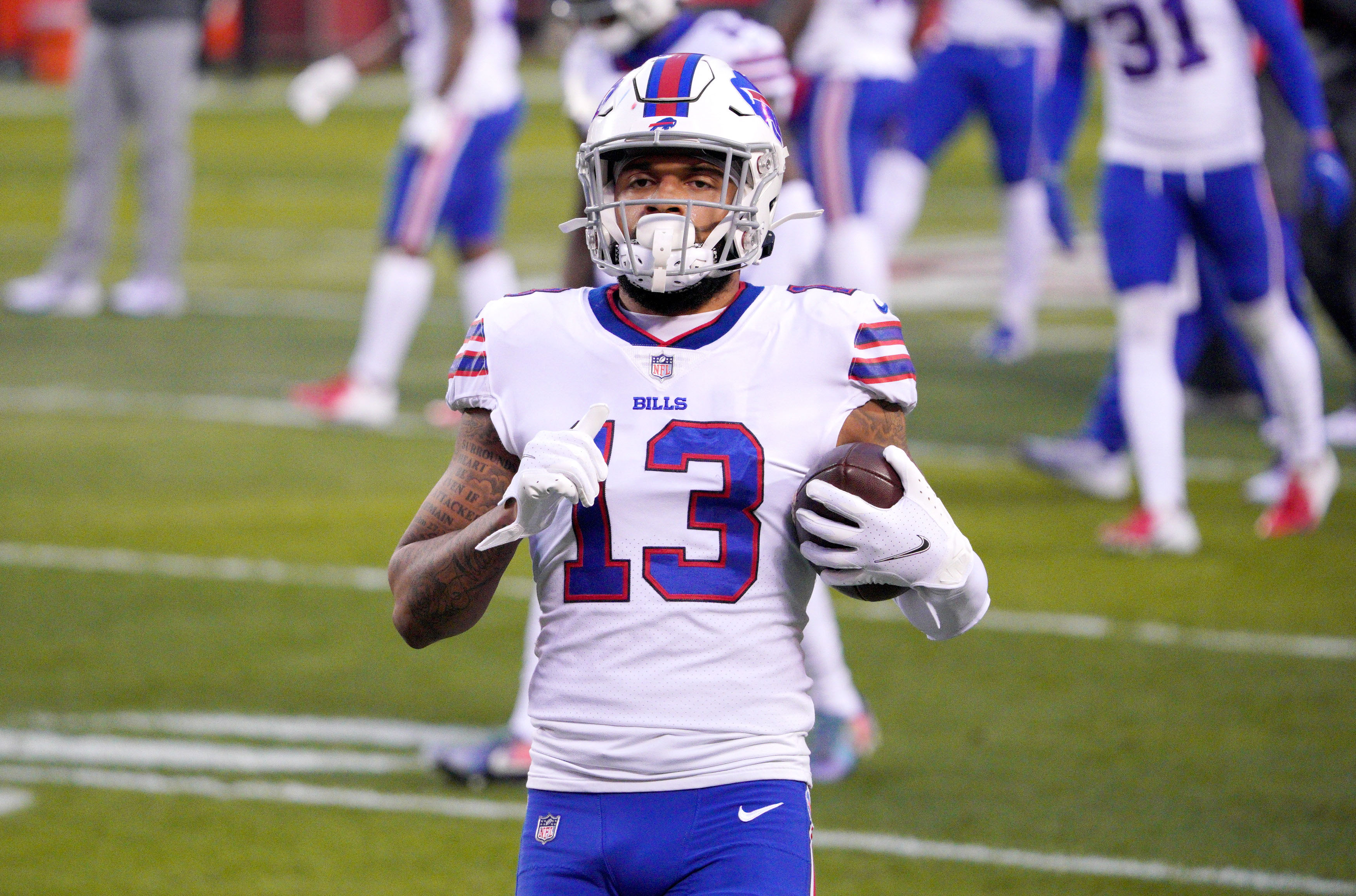 Coming off a rookie season that saw some growing pains typical of a first-year wide receiver, Gabe Davis’s speed took the cap off the defense, making it hard for teams to double-team Diggs and creating space for Beasley underneath. Gabriel Davis was third in targets (62), fourth in receptions (35), third in yards (599), and second in touchdowns (7).

As the third or fourth option in the Buffalo Bills passing game, Gabriel Davis has some explosive upside, making him a late-round draft option for 10- to 12- team leagues. No doubt Davis has upside being a second year pro and working opposite Diggs, Beasley Sanders, Davis could be the pass cather facing the oppositions weakest cover man on any 3 and 4 WR sets. Thanks to his ability to find the endzone in his rookie year, Davis could have sneaky production with over 50 receptions, 800+ yards, and 8-10 touchdowns, making Gabriel Davis a potential sleeper for 2021 fantasy should the Bills offense avoid regression.

New to the franchise is perennial professional Emmanuel Sanders to lend leadership, a champion pedigree, and flexibility to the receiving core. Coming off a stint with the New Orleans Saints that saw Sanders second in targets (82), receptions (61), yards (726), and tied for second in touchdowns (5).

Without a reliable tight-end, the passing game falls on the receiving core to move the chains. Enter Emmanuel Sanders to help be the third and fourth option for quarterback Josh Allen. Acting as a potential security blanket should get Sanders in the 50 catches, 600 yards, and 5 touchdown range, making him a deep bench stash in larger league formats.

While no receiver other than Diggs should be considered before round 5 in the draft, there are some upside, and sneaky value picks in any of the other three passing threat options, with Davis offering the most upside. Additionally, Beasley and Sanders play interchangeable roles both as slot and third wide receivers, so for PPR leagues and fantasy waiver wire (NFL) options, they should be followed and monitored. Any week that one of them is injured the other, or Gabe Davis, could be considered a must-start if Josh Allen performs at a level even close to last season, if he improves all these weapons will be in starting lineups across all fantasy formats on a regular basis.