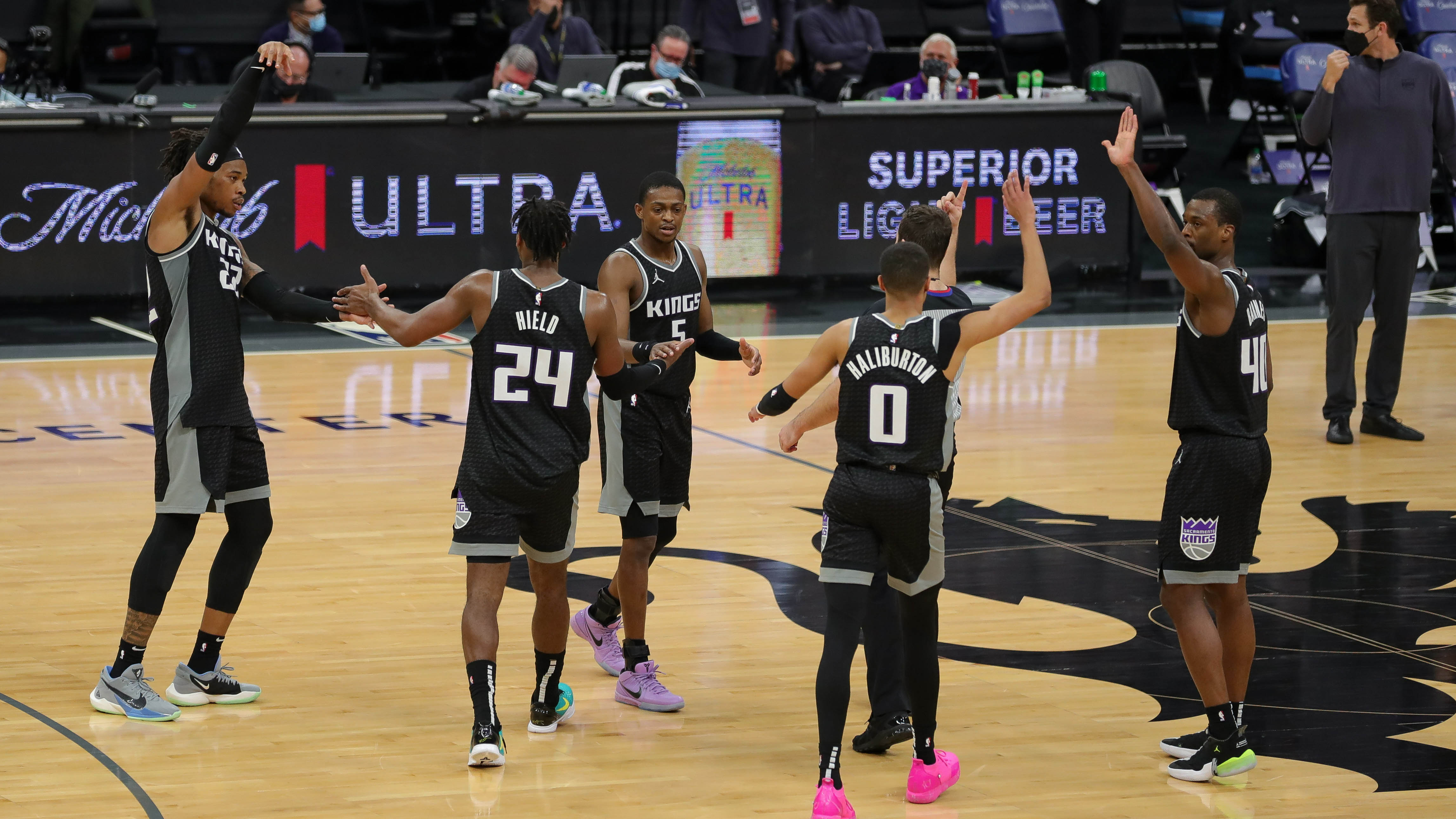 It’s no secret that this is the most anticipated Kings offseason ever. The Kings have missed the postseason since 2006 and every Kings fan wants to end this drought. This is how it will end:

1. Acquiring a proven borderline star in the league

The Kings already have a dynamic young star in De’Aaron Fox, but they desperately need a second proven veteran star who can relieve pressure off Fox. That means someone they can hand the ball off to and get their own shot down the stretch of a game.

There aren’t many stars available this off-season so it’s important the Kings pounce on getting one if the opportunity presents itself. Packaging their assets such as the No. 9 pick, future picks along with current role players on the roster should give them a chance net them a borderline star in return. I will touch on the types of players at the end of this article.

2. Add more overall size and depth preferably on the wing

This team seems to lack size, specifically when going up against bigger teams. The Kings are forced to play guards at the forwards spots instead of actual forwards. The only real true wing is Harrison
Barnes who has been really solid. If they could add another guy that is anywhere from 6-foot-6 to 6-foot-8 in free agency and can decently play both ends, it would be extremely beneficial to this team.

3. Try to find another steal in the draft somewhere

I prefer them not to keep the No. 9 pick, but if they decide to, finding someone who can make an immediate impact regardless of age is the way to go. Drafting Tyrese Haliburton last year gives this fan base hope under Monte McNair and his staff. Some players that could make an immediate impact that have been linked to the Kings are Franz Wagner, Corey Kispert, Jalen Johnson, and Moses Moody. Regardless of who gets selected at No. 9, this front office will need to hit on another good player who can potentially play both sides of the floor. Here are some breakdowns on Wagner and Kispert:

4. Add better defenders to this team

If you notice one thing that is frustrating about this team it’s that they are one of the worst defenses in NBA history. This team lacks defense tremendously, so they almost have to outscore their opponents just to have a chance to win the game. Adding stronger defenders needs to be a priority whether that is through the draft, free agency, or via trade.

5. Use mid level exception and sign key free agents if money if freed up

Free agency this year is definitely important for the Kings as they have a few important free agents of their own (Richaun Holmes, Terrance Davis, and Moe Harkless). Those three guys were really solid for the kings and it will be tough to bring any of them back without creating space.

To free up more space to re-sign these guys or get other free agents, some of their bigger contracts will have to be moved such as Buddy Hield, Marvin Bagley, or Harrison Barnes. This free agent class isn’t the best, but there are definitely some big time role players that will get paid. Some names are Nicolas Batum, Spencer Dinwiddie, Reggie Bullock, and Doug McDermott. McDermott converted 38.8 percent of his three-pointers, a good chunk of which came off motion, but he is much more than an outside sniper. McDermott averaged 1.57 points per possession on cuts, tying him for the third-best mark among 84 players who attempted at least 50 shots in those situations. Having a player with size that can shoot lights out and cut will really compliment Fox and Haliburton.

Bullock’s capacity to pester top perimeter assignments was critical to the New York Knicks’ fourth-ranked defense. Elfrid Payton was the only player on the team to log more reps versus No. 1 options, according to Bball Index, and that’s by virtue of starting at point guard. Nobody saw more time covering second options. Bullock’s offensive armory should be comparably attractive to contenders. It is limited but eminently scalable. More than 74 percent of his field-goal attempts came without taking a dribble, and he downed 42.5 percent of his catch-and-shoot threes for the year. That sounds like the perfect player for the Kings. But the question remains, how much would it cost and why would he leave the Knicks to go to the Kings?

Stars that the Kings should look out for

The Kings have appeared to be interested in Simmons currently as his value is hard to judge as of late. There are a lot of mixed emotions regarding Simmons’ fit with the Kings and if they have the assets to acquire him. Simmons instantly makes the Kings better as he is an all world defender who can do just about everything for you on that side of the floor. His question marks are really on the offensive side of the spectrum. As long as Sixers price isn’t too high, he should definitely be on their radar. Here is more context on how Simmons can fit with the Kings:

This is a guy who no one really talks about who would be an interesting fit. DeRozan is a lethal scorer and has become a very good playmaker over the past few years and is exactly the scorer this team needs other than fox. DeRozan has proven he can get 20 plus points a night consistently while being efficient. He is a big guard who can play the forward spot and still have success. A three guard starting lineup with Fox, Haliburton, and DeRozan would kill teams and be very versatile. He is a free agent however though, so it would be tricky to get him to come to Sacramento.

This is a guy who a lot of people think if available would be a stud for the Kings. The former all-star would fill a ton of needs as he fits that second borderline star they need. Siakam is also a good defender that can guard multiple positions and is a big wing who can create his own shot. If he becomes available, the Kings should try to pry away the all-star at the right cost because it would immediately move the needle and help this team make the playoffs.