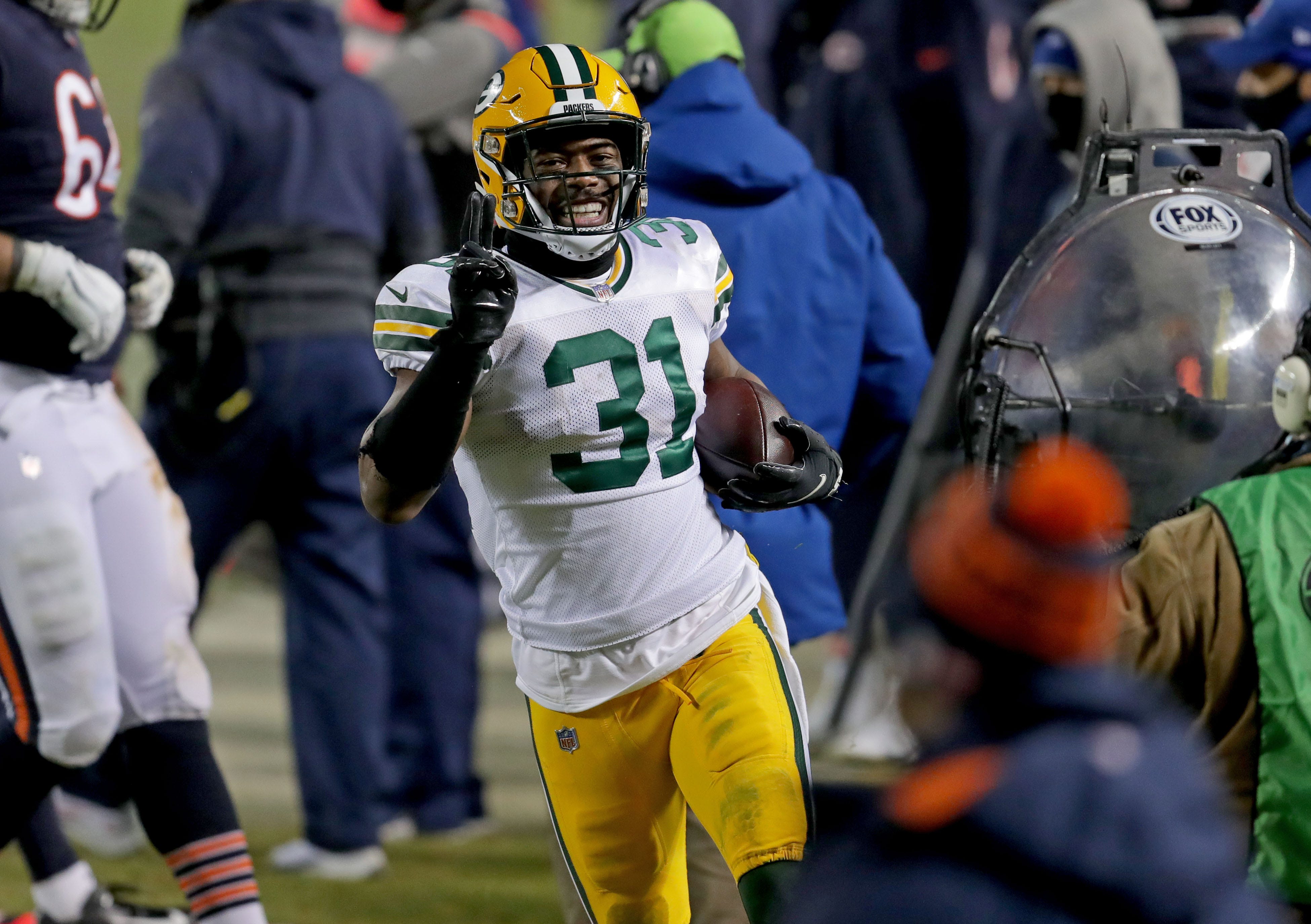 The Packers will open training camp shortly. This is the next in a series of in-depth articles previewing each position group for the Packers. We will discuss each player at the position, provide a depth chart and analysis of each player on the 90-man roster, their skill set, what they need to improve on and what is expected of them in 2021.

Today we will look at the team’s safeties. Click here to see our look at the tight end position, here for an in-depth look at the defensive line, here for our analysis of the running backs and here for inside linebackers.

The Packers have one of the top starting safety duos in the league in Adrian Amos and Darnell Savage. While the starters are set, depth is a question mark entering training camp and the third safety spot is up for grabs.

Here is a look at the Packers depth chart at safety entering training camp:

Amos isn’t flashy, but he’s steady, smart and is rarely caught out of position. He provides experience, consistency and leadership to the Packers secondary.

Last season, he had a strong finish and intercepted two passes, recorded two sacks and was in on 83 tackles. He also broke up nine passes.

Amos is in his prime at 28 and if he continues to play the way he did late last season, deserves Pro Bowl consideration.

Amos may not make headlines, but coaches and scouts are aware of how valuable he is to the team because of his reliability, intelligence and leadership.

Savage was playing at a Pro Bowl level by the end of the 2020 season. The third-year man out of Maryland had four interceptions last season and recorded one sack while making 75 total tackles. He also broke up 12 passes.

As a free safety, Savage can play close to the line of scrimmage and make stops in the backfield when called on. One issue for Savage is that his 5’11”, 198-pound frame may not be able to hold up to his physical style of play for an entire 17-game season.

If Savage continues his development and shows improvement again in his third campaign, the Packers will be in outstanding shape at safety.

Redmond has more experience than the competition for the third safety spot, but his best work comes on special teams rather than on defense. He played in 33 percent of the Packers defensive snaps last season but opposing quarterbacks had a 114.6 passer rating while throwing to receivers covered by Redmond last year according to pro-football-reference.com.

Most of the throws opposing quarterbacks made against Redmond were of the shorter variety but Redmond often allowed too many yards after the catch because of the poor tackling angles he sometimes takes.

Redmond will be fighting for a roster spot and he must show some improvement in coverage to nail that down. His strong special teams play does give him an advantage when the team makes their final roster decisions.

The Packers selected Scott in the seventh round of last year’s draft and the TCU product showed some promise while making his share of rookie errors.

He was credited with 13 total tackles and one sack while playing 89 snaps on defense. He also contributed on special teams playing 43 percent of the team’s snaps there.

Scott has the versatility the Packers like and after the draft, GM Brian Gutekunst said he may be able to play in the slot as well.

In college, Scott was a ball hawk, but he needs to improve his consistency in coverage to take on a larger role in the defense. He will be fighting for a roster spot and will need to show some progression on defense to secure one.

Black made the team last year as an undrafted free agent and played eight games in his rookie season. Most of his action came on special teams but he did play 27 snaps on defense and forced one fumble in 2020 while making eight total tackles.

Black is a hard-hitting safety and an all out effort guy. His speed is just average so he needs to anticipate well to excel in coverage.

The former Baylor star will need to show he can contribute more on defense in his second season to earn a roster spot this season.

Uphoff is one of the more intriguing undrafted free agents signed by the Packers this year. He has almost ideal size for a safety and he can still add weight to his frame if the coaching staff feels he should.

Uphoff is a hitter with above average speed and coverage ability. His biggest question in coverage is changing direction and double moves and quicker receivers may cause him some difficulties.

The former Illinois State star can step into the box and play well against the run and usually takes good angles to the ball.

He has a chance to earn a roster spot or make the practice squad if he has a strong training camp and preseason.

Gaines has good size at 6’2” and some scouts say he may also be able to play corner in the NFL. That versatility is something the Packers coaching staff values in their players.

The Packers signed Gaines in January and he last played at TCU in 2019. He had three interceptions and four sacks during his college career.

He is a hard hitter and earned the nickname “Thump” for his physicality.

Gaines will have to show he can contribute on special teams and that he has the potential to develop into a contributor on defense to stick with the Packers on the roster or the practice squad this season.