Pittsburgh: Where Horses Have No Regard For Barn Doors 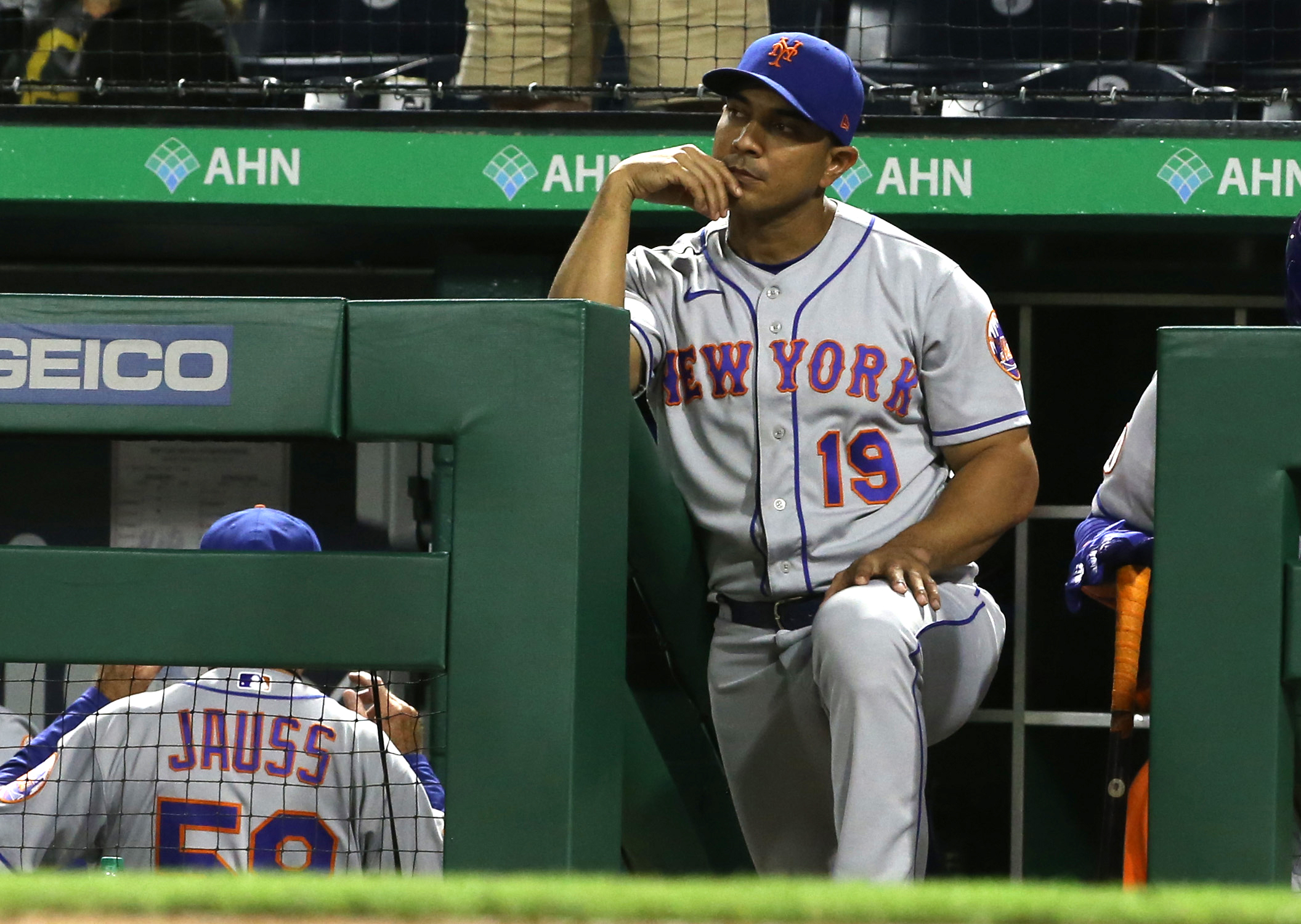 Pittsburgh: Where Horses Have No Regard For Barn Doors

I honestly had tonight’s post written at 6-0. Was ready to amend at 7-5 going to the bottom of the 9th. But after a 9-7 loss, my diatribe on J.D. Davis being the most important Met on the roster for the next two weeks will just have to wait. (Try again Thursday.)

When you’re up 6-0 on one of the worst teams in baseball after your fifth starter throws six shutout innings, and you have Trevor May, Seth Lugo, and Edwin Diaz to rely on if things get hairy, you win that game. Period. No excuses. Davis hit two home runs in his return to the lineup, and the Mets even got two insurance runs. It’s what we asked for. We had said all along that if the Mets just do that, they’d run away with this division. And in a rare 2021 occurence, they did just that.

May was uneven in the 7th, but got through it. Then it was Seth Lugo for the 8th, and he didn’t have it. He gave up a walk, a single, a double, and another walk on the first four batters he faced, but more importantly started three of the four hitters with a 2-0 count. I know it was 6-1 at that point, and Luis Rojas is figuring that he’s Seth Lugo and he’s going to get out of it. But how does any pitcher get to face four more batters after that? How do you put water on the fire after the house has burned down? He was 2-0 on every batter that didn’t hit a first pitch double off of him. He threw 10 balls, five strikes, and gave up two hits in 17 pitches. How does he get four more batters? 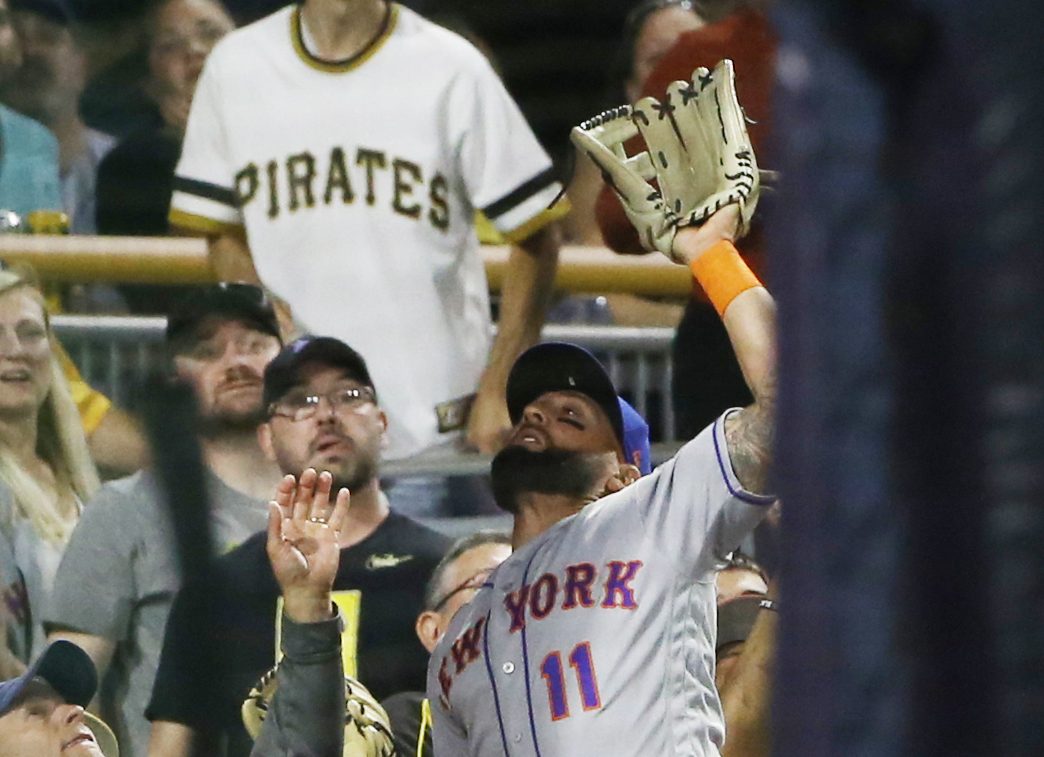 The final batter Lugo faced was Wilmer Difo, who stunned the Mets with a three run dinger to make it 6-5. It was then, and only then, that Rojas thought that Lugo had enough. He might have held the clubhouse together under difficult circumstances, but I don’t really want to hear about that tonight, or the rest of the season. His job is to put the team in the best position to win, and he didn’t do it in the 8th inning. Let this be a teaching moment, or else the Mets are doomed the rest of the way.

It should have never come to Diaz in the 9th, but after Brandon Nimmo’s solo home run made it 7-5 in the top of the inning, you figured the Mets were all right. But unfortunately, 2019 Diaz made an appearance from the first pitch on, as a fastball sailed in and hit Ke’Bryan Hayes to start the inning. Yeah, uh-oh. Diaz then walked Bryan Reynolds, struck out Ben Gamel, and gave up an infield single on an 0-2 pitch to John Noclownski. At one point, the SNY camera cut to Rojas, who stunningly had his head down in the dugout wondering about his life choices.

With the bases loaded, Gregory Polanco worked a nine pitch at-bat against Diaz. But Diaz back-doored a slider to him on 3-2 which had Polanco jumping in disgust when he was rung up. (Hint to Polanco, the 2-2 pitch was also a strike.) At that point, I really thought we were okay.

Two out … where the Mets are stuck in limbo until tomorrow when they get to play baseball again. Diaz’s only pitch to Jacob Stallings was a fastball that ran 6-12 inches inside, and somehow Stallings got around on it and tucked it inside the fair pole for a grand slam to lose the game. The only good news, and I’m not 100% sure about it, is that the last walk off grand slam against the Mets might have been hit by Justin Maxwell in a game where I was six rows off the Mets dugout. After which, I raced down to the dugout and fired Jerry Manuel (true story.) So I’m now sure I no longer have the distinction of being present for the last walk off grand slam against the Mets.

The bad news: everything else. The Mets have lost two awful, awful games to the Pirates. One because they couldn’t hit a pitcher with garbage stuff, and one because their bullpen and their manager recreated the days of Snoop Manuel and Francisco Rodriguez after having a 6-0 lead entering the 8th inning. Horses are roaming free in Pittsburgh after Rojas forgot to close the barn door. While most are hoping for a trade, I’m just hoping for a turnicate.