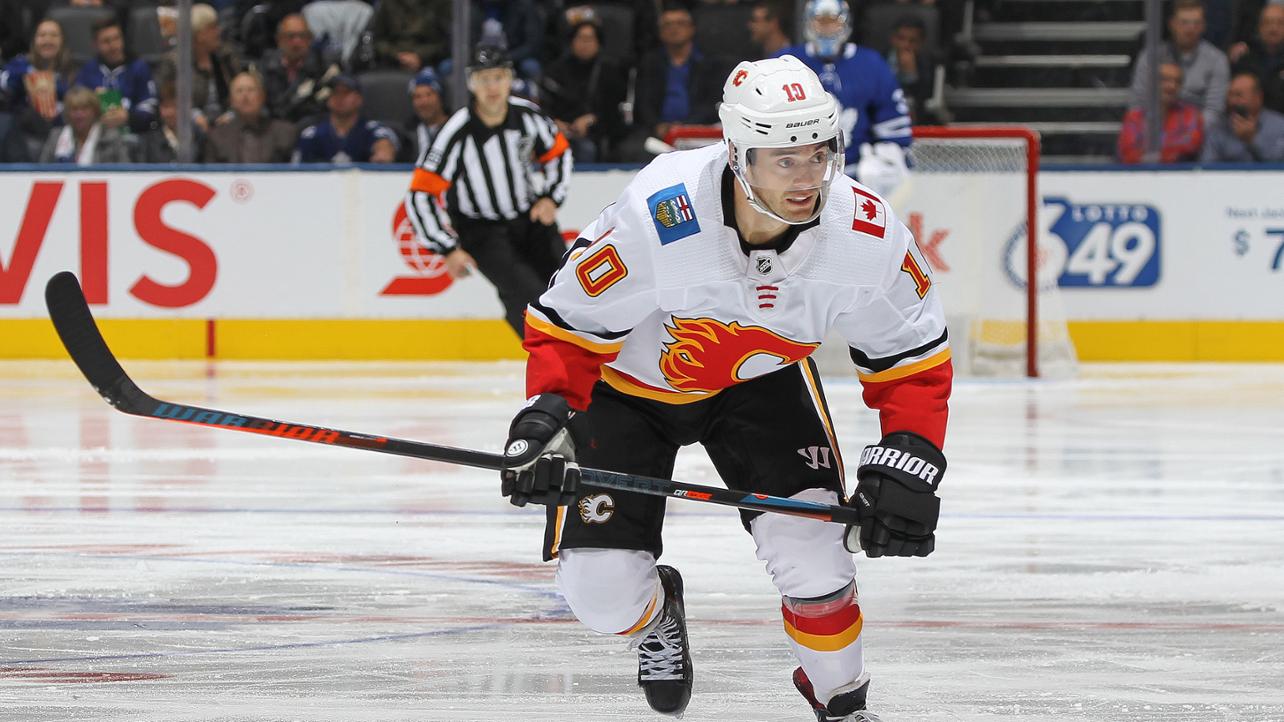 One area of significant weakness for the Edmonton Oilers a season ago was center ice. Strange to say when the club employs Connor McDavid and Leon Draisaitl on the top two lines, but it was true in 2020-21. For all of the outscoring the top-six centers did, the bottom-six group gave it back and then some. It’s how the Oilers finished the season -1 in five-on-five goal differential.

Ryan McLeod, a second year pro who had an outstanding AHL season, was recalled and played the last ten games of the regular season. McLeod was solid in possession, but managed just a single assist in his outings.

McLeod is a good, young two-way player, but he’s not ready to be the third line center just yet. He should be written in as the fourth line center, and anything better in 2021-22 should be considered extra.

That means GM Ken Holland will need to address this area via either trade or free agency in the coming weeks. It’s a priority for the club.

Ryan Getzlaf (UFA, Anaheim Ducks): Getzlaf isn’t the most realistic option, but he’s the dream scenario for Holland. A veteran with a Stanley Cup ring and multiple Olympic Gold Medals, Getzlaf is set to hit the market on July 28th. Many believe he will stay in Anaheim, or shift to nearby Las Vegas, but could a return to Western Canada be in the cards?

(All numbers in this piece are via Natural Stat Trick)

Getzlaf can still play, offers a major upgrade at a position of need, and brings all of the intangibles that the team craves. He’s a perfect fit, but getting him to leave sunny California could prove impossible.

Adam Henrique (Anaheim Ducks): This would require a trade, but Henrique is likely on the outs in Orange County. He was exposed in the Seattle expansion draft and cleared waivers during the 2020-21 season.

Henrique scored 21 points (12 g, 9 a) in 45 games this past season, again on pace to touch the 40 point mark. That’s been his comfort zone, as Henrique has been good for roughly 40 points his entire career.

Henrique, following a tough season in Anaheim, went to the World Championships and helped an underdog Canadian side win Gold. Many believe that this trip to the Worlds helped rekindle Henrique after a tough run with a Ducks team stuck in the rebuilding mud.

He’s not as good of an option as Getzlaf, and comes with a bloated contract with three years remaining on it. Still, Henrique is a highly motivated player who represents an upgrade on what the Oilers employed a season ago.

As for trade cost, a bad contract like James Neal or Mikko Koskinen could go back to Anaheim as part of the package. The Ducks would have a lesser penalty for buying out either of them.

Derek Ryan (UFA, Calgary Flames): The best of the realistic options is likely Ryan, the 34-year-old Spokane, Washington native who played his college hockey at the University of Alberta with the Golden Bears,

A free agent after three seasons in Calgary, Ryan seems poised to hit the market and changes addresses next week.

In 43 games with the Flames this past season, Ryan scored 13 points (2 g, 11 a). It was a disappointing output after seasons of 13 and ten goals with the club.

Ryan averaged 11:53 of ice time per game last season, and was used exclusively in the bottom-six. He’s likely a strong bet to help anchor one of the team’s bottom two lines, and is a perfect stopgap for McLeod.

Depending on the contract ask, Ryan is a strong fit for Edmonton’s needs. It wouldn’t be a surprise if he signed on July 28th. After all, the club did look around him prior to the April 12th trade deadline.

Travis Zajac (UFA, New York Islanders): Would Zajac, who has spent his entire career in the New York/New Jersey area, be willing to now pick up and head to the NHL’s northern most outpost? Probably not, but he’s a right shot veteran center who is about to hit the free agent market.

Zajac scored 20 points (8 g, 12 a) in 46 total games split between the New Jersey Devils (33 GP) and the New York Islanders (13 GP). Zajac also appeared in 14 games for the Islanders during their run to the Stanley Cup Semifinals, scoring two points (1 g, 1 a) in that span.

Zajac isn’t the player he once was, and shouldn’t be counted on to provide much offense at this stage in his career.

He posted a 46.80% Corsi for with the Islanders following the trade, and largely struggled with his new team. He was solid possession wise before the trade with the Devils, however, posting a 51.40% Corsi For.

Maybe the most promising sign for Zajac was his work against the league’s elite competition with the Devils. Zajac posted a 47.30% Corsi For and got 50% of the goals (7-7) in 202.5 minutes against elites with the Devils. That accounted for 48.1% of his ice time.

Zajac played hellish minutes with the Devils and was able to saw off competition. For a team like the Oilers, who bled out in those minutes in 2020-21, that’s an attractive set of numbers.

Zajac is not a long-term solution, and is not ideal, but he could be a nice stopgap for 2021-22 if he’s willing to go north.

Tyler Bozak (UFA, St. Louis Blues): Like a number of Blues players, Bozak is coming off of a 2020-21 season that he’d like to forget.

Bozak scored 17 points (5 g, 12 a) in 31 games for a St. Louis team that struggled to make the playoffs. Once there, Bozak tacked on two points (1 g, 1 a) in four games as the Blues were swept away by the Colorado Avalanche.

The Blues took a step back in 2020-21, and Bozak’s play at five-on-five was at least part of the reason. At 35, it is fair to wonder if Bozak’s best days are well behind him and he just doesn’t have what it takes anymore at the NHL level.

It’s doubtful he’ll cost a team much in free agency after his performance this past season. He’s a veteran who has had a good career though, and has a ring, so it wouldn’t be a shock if the Oilers at least sniffed around.

Brandon Sutter (UFA, Vancouver Canucks): Sutter has largely struggled since joining the Canucks prior to the 2015-16 season. Now, at age 32 and ready to hit free agency, Sutter is likely looking for a fresh start. Could that come in Edmonton?

Sutter scored 12 points (9 g, 3 a) in 43 games for the Canucks in what proved to be a challenging season. Not only did the Canucks fail to live up to expectations, but they also dealt with a lengthy COVID-19 outbreak and were forced to play a grueling schedule to end their season.

Sutter is a veteran option from a famous hockey family, so it is very possible teams will give him a look in hopes that a change of scenery will help.

The last few years, however, indicate that this is a player whose name value exceeds his actual value. His numbers are way too comparable to those who played in Edmonton’s bottom-six a season ago, which was one of the worst in the entire NHL. There is little to suggest that Sutter would be an upgrade.