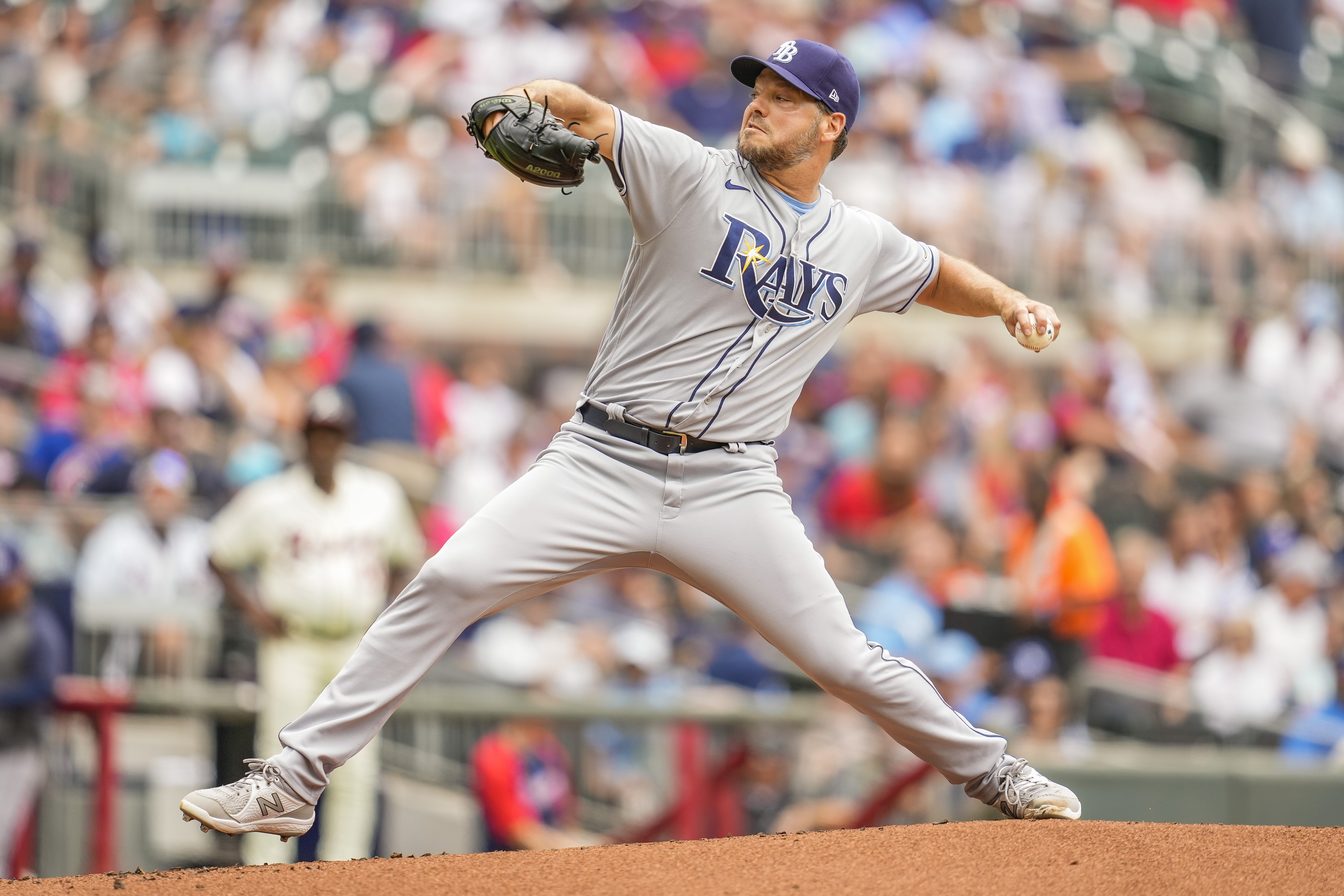 Perhaps realizing that the days of starting Jerad Eickhoff and Robert Stock need to come to an end, the New York Mets have made their first starting pitching trade of the year. The Mets have acquired left-handed pitcher Rich Hill from the Tampa Bay Rays in exchange for Tommy Hunter and minor-league catcher Matthew Dyer, Joel Sherman of the New York Post reports.

Hill, 41, is 6-4 with a 3.87 ERA and 1.16 WHIP in 19 starts for Tampa Bay this season. Opponents are hitting .220 against Hill this season and he has struck out 91 batters in 95.1 innings pitched. Hill has had some trouble of late, pitching to a 5.40 ERA over his last seven starts, but he is still averaging at least five innings per start over that span, an important consideration for a Mets team that has been heavily taxed in the bullpen thanks to short starts.

The return is also relatively light for the Mets. Hunter hasn’t pitched in weeks with a back injury that required the Mets to transfer him to the 60-day injured list while Dyer, the Mets’ fourth-round pick in 2020, is hitting .194 with seven home runs and 20 RBI’s for Low-A St. Lucie.

The low cost of the deal makes this attractive since Hill still has a wicked curveball and plenty of big-league experience. Hill last pitched on July 18 and should be in line to start for the Mets on Sunday, when they don’t have a scheduled starter in what was Eickhoff’s slot. Adding a pitcher of Hill’s caliber also buys the Mets time to extend Carlos Carrasco’s rehab assignment to build him up more after a lengthy layoff. Carrasco was a consideration to pitch on Sunday for a short stint after throwing just 41 pitches in his previous rehab start, but allowing him to make that start for Syracuse could let him stretch out further.

Filling the immediate hole with Hill was important since it also doesn’t preclude the Mets from making another pitching move before the trade deadline next week. There is still a ton of baseball left on the Mets’ schedule and rebuilding the team’s pitching depth will help them significantly down the stretch.