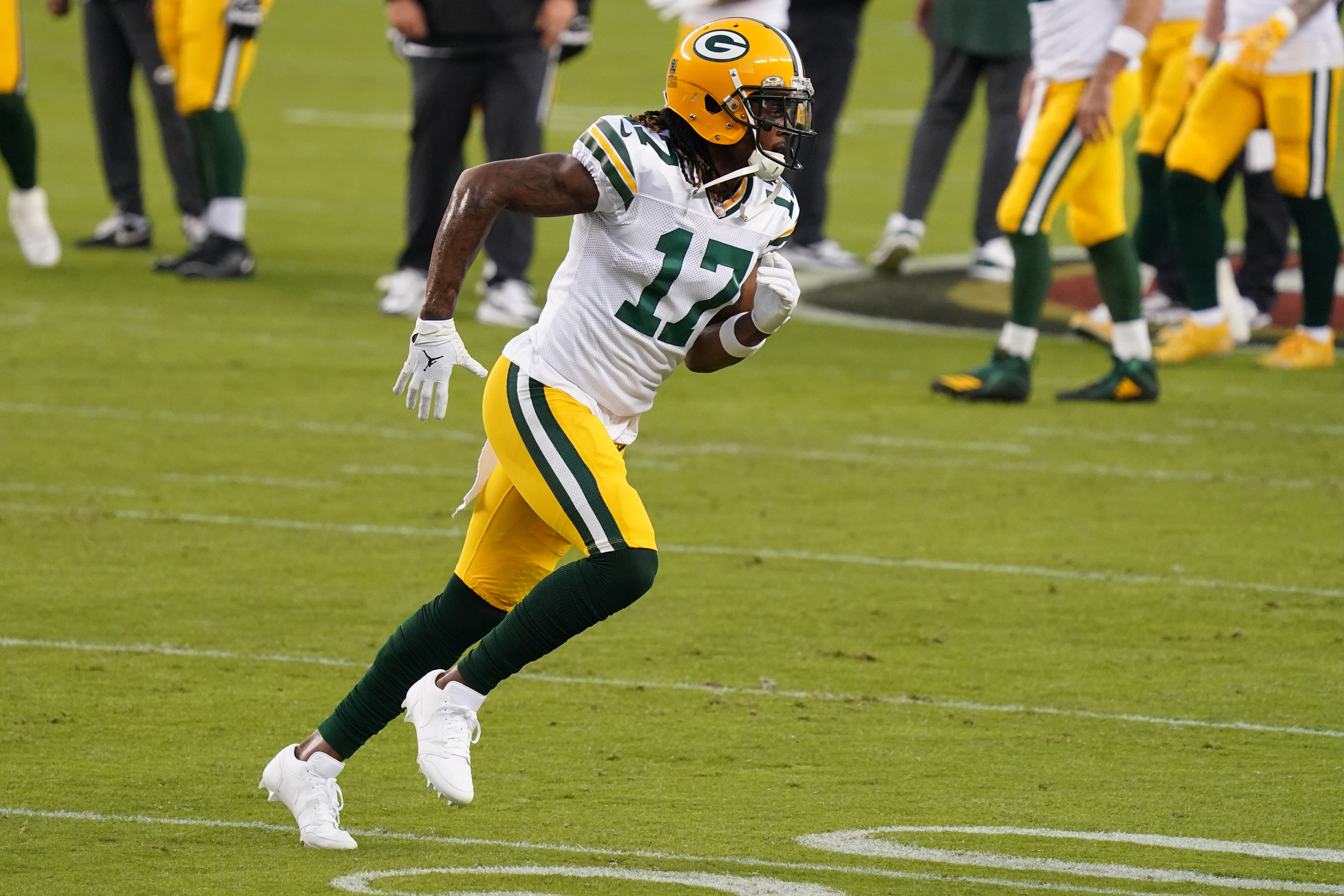 Packers fans have spent the summer worrying about Aaron Rodgers’ future with the team as the reigning NFL MVP has stayed away from OTAs and hinted at “philosophical differences” with the way the front office is running the team. But now reports have surfaced that Pro Bowl wide receiver Davante Adams and the Packers have broken off talks for a contract extension and negotiations are not in a good place right now.

Adams is coming off a career season. He caught a franchise record 115 passes for 1,374 yards and a league-best 18 touchdown catches. The former Fresno State star accomplished all this despite missing two games. He earned his fourth straight Pro Bowl berth and earned All Pro honors for the first time in his seven-year NFL career.

Adams is still under contract for the 2021 season. According to published reports, the Packers and Adams’ agent had been negotiating a long-term extension for several months and many people expected that a deal could get done before the start of this season.

But there have been several complications in the negotiations. The most obvious is Rodgers’ uncertain future with the team. The Packers were hoping Rodgers would agree to an extension and he still may. That new deal would have helped the team clear up some valuable cap space which would have made signing Adams to a new deal easier.

There is also a potential tie-in for Adams with the Rodgers negotiations. The Packers top receiver has outstanding chemistry with his quarterback and if Rodgers isn’t returning to Green Bay and may be traded, Adams has indicated that may be a factor when he figures out if he wants to sign a long-term deal with the Packers after this season.

The biggest issue in the negotiations is, of course, money. Adams wants to be paid like the best receiver in the league. Right now, Cardinals wideout DeAndre Hopkins holds that honor after he signed a two-year extension worth $54.5 million. Adams’ agents want to base his deal on the extension’s average of $27.25 million per year.

The next highest paid receiver in the league right now is Julio Jones who is averaging $22 million per year on his deal. Jones was recently traded to the Titans during the offseason.

The talks between Adams’ agent and the Packers have now broken off in part because the two sides cannot agree as to whether Hopkins’ extension should be the benchmark for a new contract. According to Ian Rapoport, the two sides are in a “bad place” and there are no plans to resume talks as of now.

The Packers still have the option of using the franchise tag on Adams next offseason if they are unable to work out a deal with him before then. That would make Adams one of the highest paid receivers in the game but he would have no signing bonus and no long-term security in case he got injured next season before signing that big, long-term contract.

The decision to go public with this information right before training camp gets under way also makes sense. The Packers organization is already feeling pressure from their fan base to resolve the Rodgers’ situation and Adams does face the risk of getting injured this season which could derail his hopes at a lucrative, long-term deal. At 29, this is likely the biggest contract the All Pro receiver will sign in his career.

Contract negotiations are often difficult and stressful until and often involve a lot of public posturing. Ultimately, the team and the player try to use the court of public opinion to put pressure on the other side and as deadlines approach, both sides engage in a game of chicken and brinksmanship before ultimately reaching an agreement or breaking off talks for the final time. There is still seven months before any hard deadline exists from a league standpoint. It is far too soon for Packers fans to panic about this momentary breakoff in negotiations. The cat and mouse game will go on for some time

Packers GM Brian Gutekunst has a solid track record of re-signing his key players before they reach free agency. He managed to keep defensive lineman Kenny Clark, all pro left tackle David Bakhtiari and running back Aaron Jones to new contracts. All of them were scheduled to be unrestricted free agents this offseason and all returned to Green Bay.

But from a PR standpoint, the Packers now face the issue of having negotiations break down with both their franchise quarterback and their All Pro receiver. The one thing the organization cannot afford to is to get a reputation as a team that does not treat their players with the proper respect or pay them top dollar.

It is far too soon to panic about the Adams situation. There is a lot more time to resume negotiations and figure out how to resolve this impasse. But right now, many Packers fans are frustrated as another star player appears to have one foot out the door.