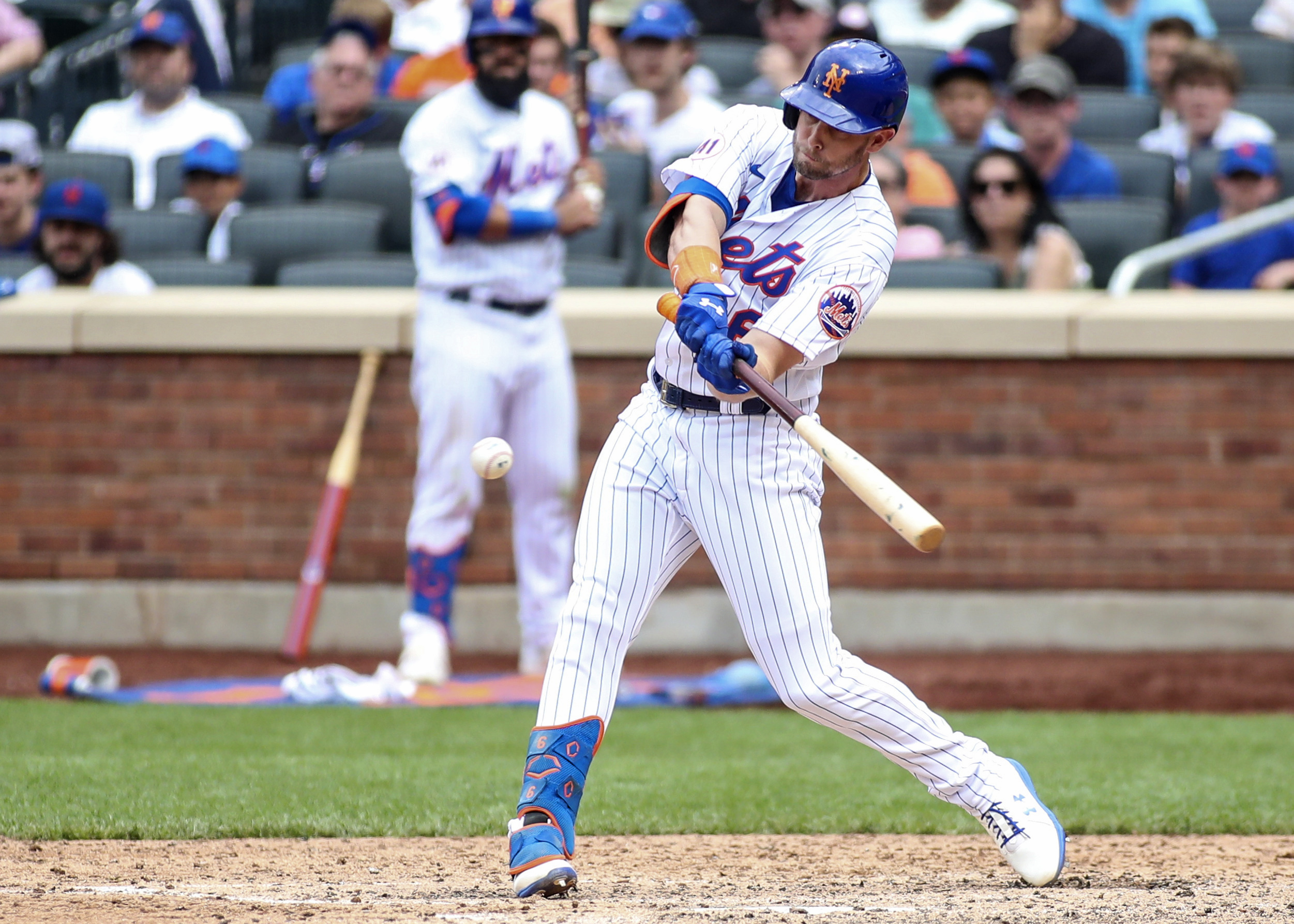 The Mets, after losing two out of three to the Pirates, have now taken four out of six from two decidedly better teams, and two out of three from the very talented Toronto Blue Jays after a stirring 5-4 victory on Sunday.

First off, I know that Rich Hill got dinged up in the 6th after five scoreless, but we all knew he was going to be a five and fly guy anyway. And I’ll take five and fly over what the Mets have had to patch together for the past few weeks. They were not going to survive in the long run the way they were going. If Hill can just do what he did, and if Cookie Carrasco can build off his good rehab outing today, then the Mets should be just fine as long as Seth Lugo, who came in for Hill in the 6th with the bases loaded and allowed all of those runners to score, regains his form.

The Mets came back from the Hill/Lugo 6th inning in the bottom of the frame behind two of their pillars (not Kevin). Pete Alonso blasted a two run home run (that he didn’t even get all of) to tie the game off Ryan Borucki, and then Jacob Barnes came in, and I wouldn’t be surprised if Jeff McNeil told Luis Rojas “Put me in I can hit this guy with one leg.” Okay, maybe not, but he smacked a two run double off our former friend to give the Mets a 5-3 lead. 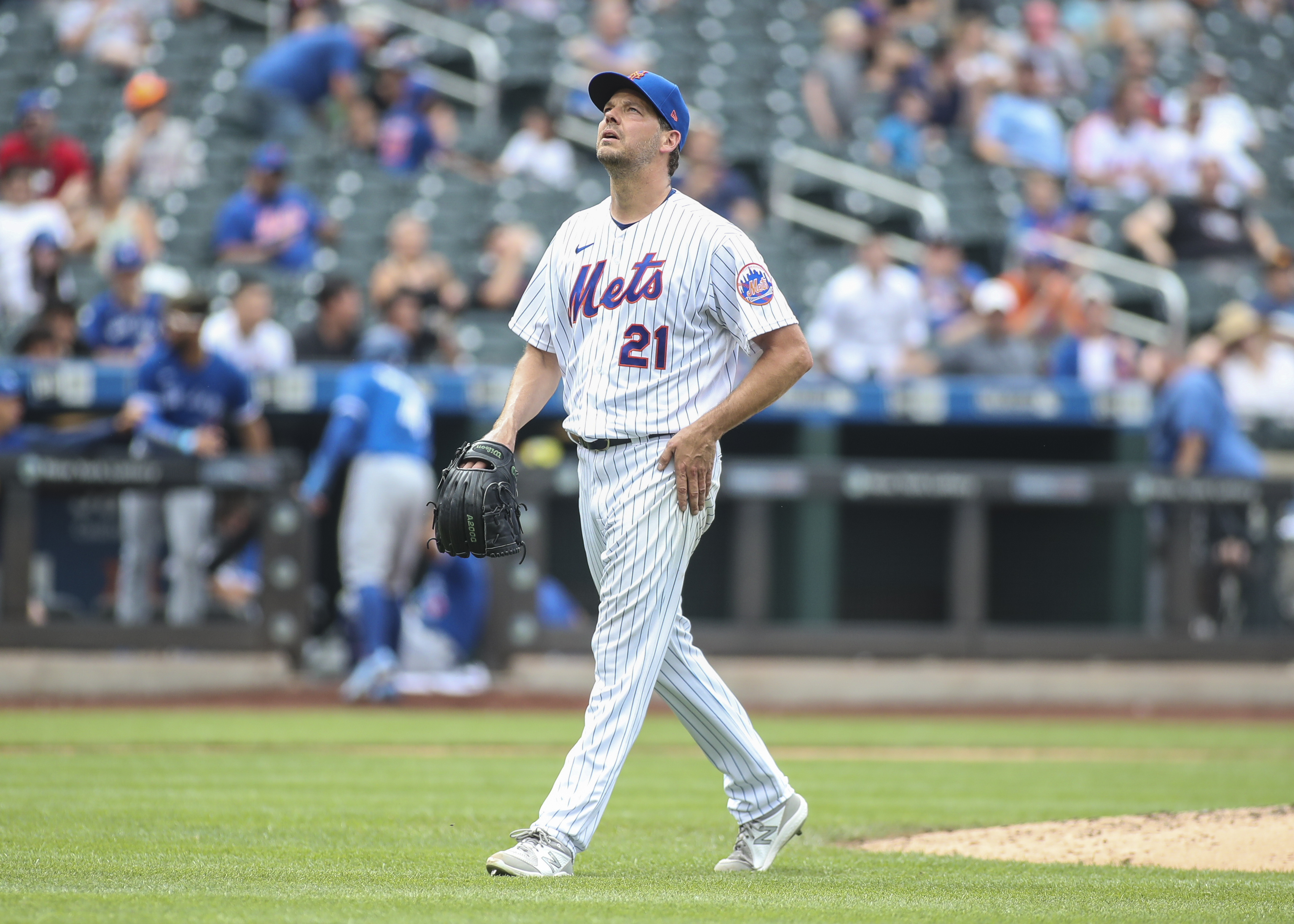 Jul 25, 2021; New York City, New York, USA; New York Mets pitcher Rich Hill (14) walks back to the dugout after being taken out of the game in the sixth inning against the Toronto Blue Jays at Citi Field. Mandatory Credit: Wendell Cruz-USA TODAY Sports

Jeurys Familia cut through the Jays easy in the 7th, but Trevor May gave up a run in the 8th to cut the lead to 5-4. Aaron Loup, who has been such an unsung hero for this bullpen, came in with the bases loaded and two outs to get Cavan Biggio to line out to Dom Smith for the final out. Then it was time to hold our breath for an Edwin Diaz 9th inning.

But Diaz was excellent. He was obviously better than he was when he was blowing three straight saves, but he was better even than he was on Friday when he got the save but was hit hard and really only threw fastballs. Diaz’s slider was better than it has been in a while, and outside of a walk to Guerrero (where Diaz got squeezed on just a bit), the Jays had no chance. It makes such a difference when both of his pitches are working.

The upcoming five game series with the Braves could tilt the season one way or the other if one team wins four of the five. Buckle up, kids.