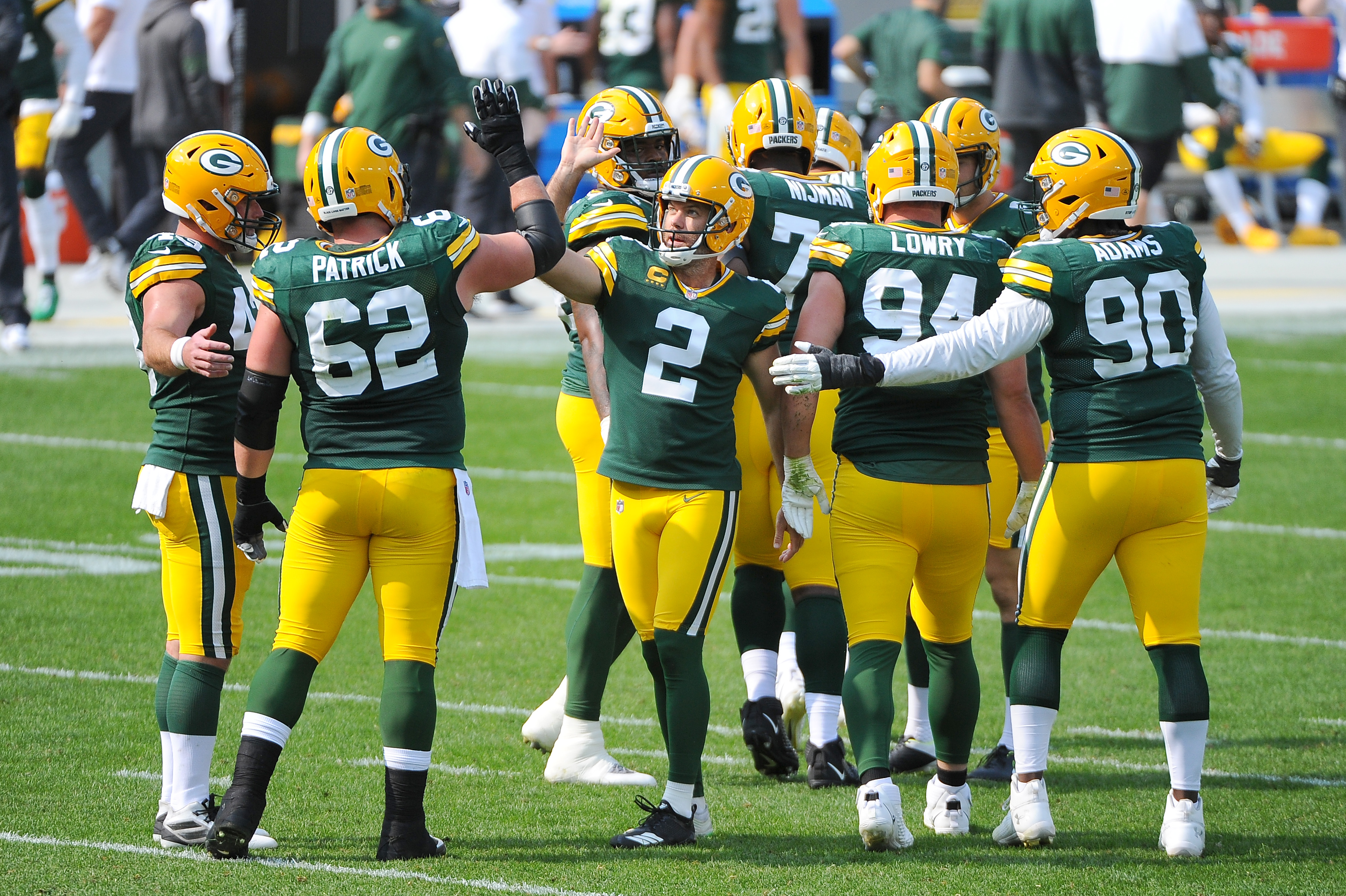 The Packers will open training camp for the 2021 this week. This is the next in a series of in-depth articles previewing each position group for the Packers. We will discuss each player at the position, provide a depth chart and analysis of each player on the 90-man roster, their skill set, what they need to improve on and what is expected of them in 2021.

Special teams have been a struggle for the Packers in recent seasons. Their return and coverage teams have been near the bottom of the league rankings while the punting game has been inconsistent at best.

The team did bring in competition at kicker, punter and long snapper while the kick and punt return jobs are wide open after the departure of Tyler Ervin. They also hired a new special teams coordinator in Maurice Drayton.

Here is a look at the Packers depth chart on special teams entering training camp:

Crosby will be 37 before the start of the 2021 NFL season and he’s been with the Packers since the 2007 season. In 2020, the former Colorado star was perfect on field goals, making all 16 of his tries. He did miss four extra points and finished the year with 107 points.

Crosby is the Packers all-time leading scorer with 1,682 points. He remains good on kickoffs and knows how to handle the swirling winds and cold weather at Lambeau Field late in the season.

Expect Crosby to be back as the Packers kicker for a 15th season in 2021 barring injury or an unexpected fall off in his ability during training camp.

The 24-year-old former UCLA star is in camp to challenge Crosby for the kicking job. Molson finished 2020 on the Packers practice squad but was not activated for any games. Prior to that, he spent time on the Los Angeles Chargers practice squad.

In college, Molson made nearly 69 percent of his field goal attempts. He has a strong leg but his accuracy has not been outstanding.

Molson is auditioning for a job with another team or with the Packers if Crosby is injured or falters. He is a longshot to make the roster this season.

Scott is entering his fourth season with the Packers since being drafted in the fifth round in 2018. His career average is 44.6-yards per punt, a very impressive number for a player who kicks in the cold and windy weather in Green Bay in November and December.

Scott has a strong leg but needs to be more consistent. He seems to go through a mid-season slump every season and too many of his punts are returned for long gains. In three seasons, he’s had two punts blocked and Scott’s attempts at tackling have often been embarrassing.

If Scott can become more consistent, he will continue as Packers punter. He has the potential to be the long-term answer at the position if his consistency improves.

Winslow has two games of NFL experience with the Cardinals back in 2019. He punted six times and averaged 48.5-yards per punt. Winslow has a strong leg and has the potential to be an NFL punter.

He ended last season on the Packers practice squad for the final two regular-season games and both playoff contests. He has also been in the Bears camp and played for the San Diego Fleet of the AAF in 2019.

The former University of Pittsburgh star will compete with Scott for the punting job. The Packers may keep him around on the practice squad if the battle is close as insurance against Scott’s inconsistency.

Bradley joined the Packers after being selected in the seventh round of the 2018 draft. He has played in all 48 regular-season games since joining the team and in four playoff contests and has been credited with one special teams tackle in each of his three seasons with the Packers.

While he has never made a seriously errant snap that resulted in a safety or turnover, Bradley has lacked consistency in his snaps.

The team was not thrilled with Bradley’s overall performance so they brought in competition for him. He will have to win the job back with a strong training camp.

Fortunato is 27-years old and is still looking for his first full-time NFL job. He has been in training camp with the Cowboys (2020) and Colts (2017).

The former Delaware star was the only free agent the Packers signed who had not been on the team’s roster in 2020.                 He will battle with Bradley for the long snapping position.

Rodgers is one of the favorites to take over as the team’s punt returner after the departure of Tyler Ervin. He returned punts at Clemson and even returned one for a touchdown while averaging 7.8-yards per runback.

The third-round pick is looking to contribute to the team as he adjusts to playing in the NFL and returning punts and kickoffs may be one way he can do that.

Taylor took over as the Packers return specialist after Ervin was injured midway through the 2020 campaign. He averaged 18.6-yards per kick return on nine runbacks with a long of 24 yards.

Taylor is a reliable but unspectacular return specialist. He will get the yards that are available to him but is not considered a big threat to break a long runback.

The undrafted free agent out of Illinois State was a quality kick returner in college, averaging 26.1-yards per return in his sophomore season. He has good speed and the experience to take over as the team’s kick returner. That may give him an edge as he fights for a roster spot in the secondary.

The battle for return specialist will be interesting and the Packers need to improve in this area which has been subpar for several years. The team also needs to improve its coverage teams.