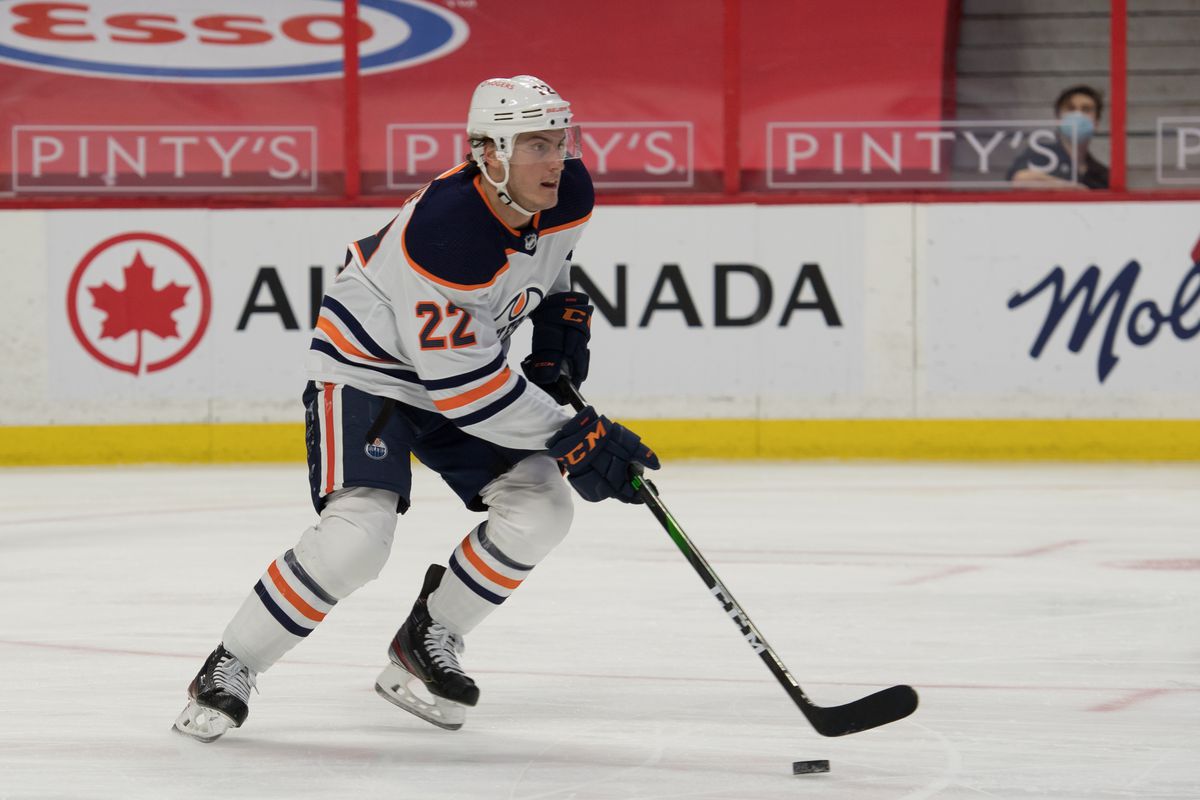 TSN’s Bob McKenzie broke the story last night that the Edmonton Oilers and defenseman Tyson Barrie were closing in on a contract extension to keep the veteran in Northern Alberta. While the deal has not yet been announced officially, the Oilers have re-signed Barrie to a three-year contract. The pact will carry an AAV of $4,500,000, a slight raise on the $3,750,000 that Barrie made a season ago.

After a down 2019-20 season with the Toronto Maple Leafs, Barrie signed in Edmonton with the goal of rebuilding his value for another run at free agency this summer. The fit ended up being perfect. Barrie replaced the injured Oscar Klefbom as the powerplay quarterback in Edmonton, and spent the 56-game season firing passes to Connor McDavid and Leon Draisaitl.

Barrie, as a result, scored 48 points (8 g, 40 a) in 56 games. That led all NHL defenseman in points scored, and made Barrie the top point producer among all free agents in the class of 2020.

Barrie enjoyed his season in Edmonton, and quickly made it a priority to return. According to multiple reports, Barrie actually preferred to return to Edmonton because he liked the fit so much. He felt it was his best spot for future success.

Term was always the sticking point, with the Oilers wanting three years and Barrie wanting four. At the end of the day, and after Adam Larsson departed for Seattle, Barrie was willing to make a concession on term if the Oilers increased the dollar value, which they did.

In Barrie, the Oilers are returning their top offensive defenseman. Barrie’s ability to carry the puck up ice, run a powerplay, and make a clean first pass are undisputable strengths. He’s got excellent offensive instincts, and is a real weapon in the offensive zone. There is also a real chemistry between Barrie and Darnell Nurse, his regular partner in 2020-21.

Of course, while Barrie is an elite offensive defenseman, there are also serious warts to his game. Barrie has struggled defensively in recent seasons, and was a liability in his own zone at times with the Oilers. He’s not a perfect defenseman, and in order for him to succeed Barrie will likely need to be stapled to Nurse.

Still, the $4,500,000 cap hit is likely fair value for a player almost certain to hit 45-55 points in a full 82-game season. Again, Barrie isn’t perfect, but he is an excellent puck mover who had great success with Edmonton’s dynamic top-six forward group. There is a clear path to success if he plays with Nurse and has a role on the powerplay.

With Barrie in the fold again, the focus for GM Ken Holland will be on adding more of a shutdown option. Rumors have Cody Ceci being the guy on a multi-year deal. With that in mind, it is possible that the club moves on from defenseman Ethan Bear via trade.