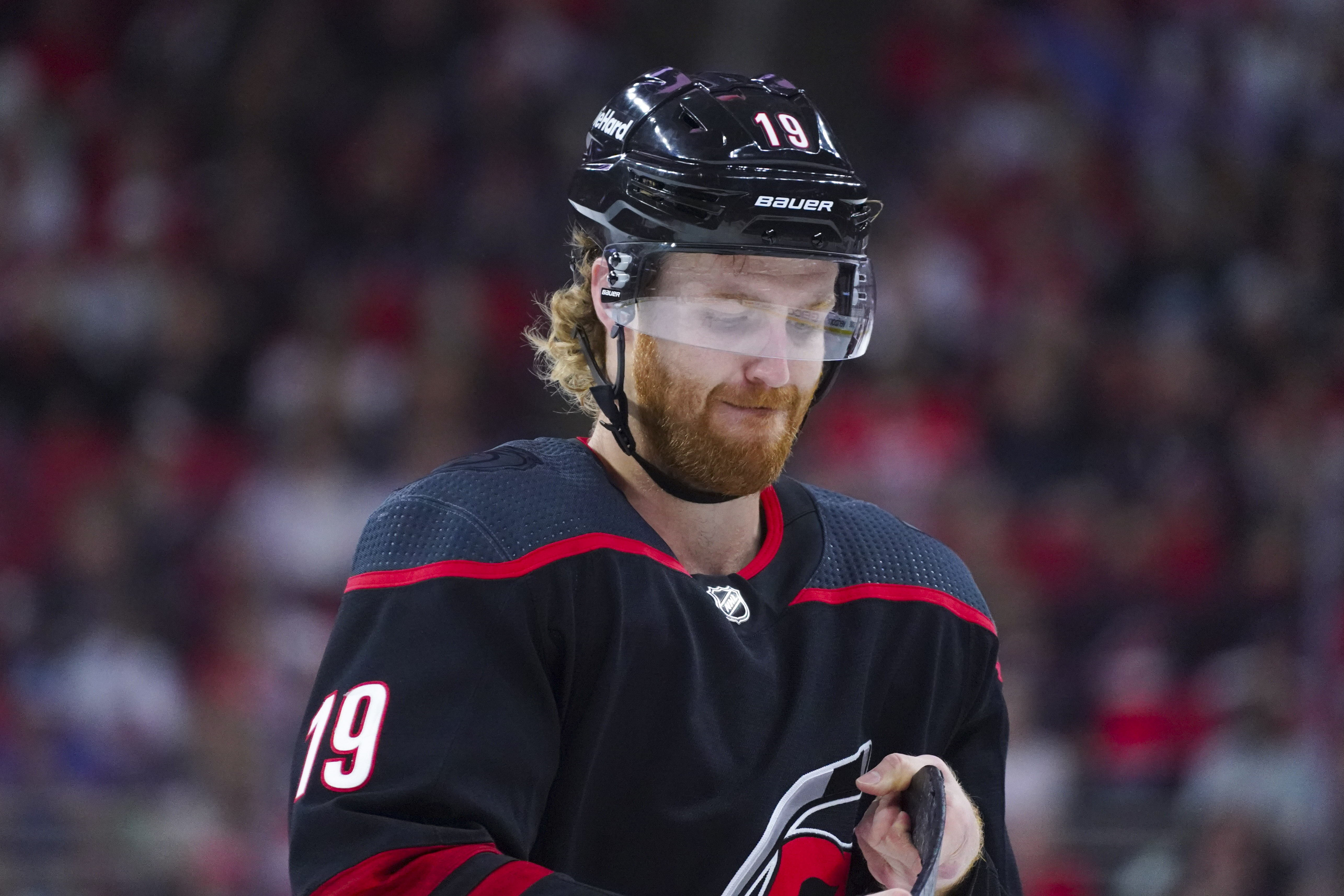 The National Hockey League started its free agency on Wednesday. There were some big names to switch teams. Let us take a look at the 14 largest contracts.

14) Ryan Suter–Dallas Stars–The veteran blueliner goes to Dallas on a four-year deal worth $14.6 million. Last year he had three goals and 16 assists for 19 points in 56 games.

12) Petr Mrazek—Toronto Maple Leafs–The goalie from the Czech Republic is expected to share duties with Jack Campbell next season. Last year he went 6-2-3, with three shutouts, a 2.06 goals against average and .923 save percentage in Carolina. Mrazek signed a three-year deal worth $11.4 million.

12) Nick Foligno–Boston Bruins–The veteran left-winger shared his time last year in Columbus and Toronto. He had seven goals and 13 assists for 20 points in 49 games. Foligno signed a two-year deal worth $7.6 million.

11) Jonathan Bernier–New Jersey Devils–The veteran goalie was recently traded to Carolina from Detroit. Last year he went 9-11-1, a 2.99 goals against average and .914 save percentage. He signed a two-year deal worth $8.25 million.

10) Alexander Wennberg–Seattle Kraken–The center from Sweden had 17 goals and 12 assists for 29 points last year with Florida. He signed a three-year deal worth $14.5 million.

8) Frederik Andersen–Carolina Hurricanes–The Danish goalie went 13-8-3 with a 2.96 goals against average and .895 save percentage last season with Toronto. He signed a two-year deal worth $9 million.

8) Mike Hoffman–Montreal Canadiens–The veteran left winger from Kitchener had 17 goals and 19 assists for 36 points last season in St. Louis. He signed a three-year deal worth $13.5 million.

7) Blake Coleman–Calgary Flames–The center from Texas won two Stanley Cups with the Lightning. Last season in Tampa, he had 14 goals and 17 assists for 31 points. Coleman signed a six-year deal worth $29.4 million.

6) Alex Goligoski–Minnesota Wild–The defenseman from Grand Rapids, MI had three goals and 19 assists for 22 points last season for Arizona. He signed a one-year deal worth $5 million.

5) Linus Ullmark–Boston Bruins–The goalie from Sweden went 17-14-3 with a 2.69 goals against average, one shutout and a .915 save percentage with Buffalo last year. He signed a four-year contract worth $20 million.

3) Jaden Schwartz–Seattle Kraken–The left-winger from Saskatchewan had eight goals and 13 assists for 21 points last year in St. Louis. He signed a five year deal worth $27.5 million.

3) Zach Hyman–Edmonton Oilers–The left-winger from Toronto had 15 goals and 18 assists for 33 points last year for the Maple Leafs. He signed a seven-year deal worth $38.5 million.

2) Philipp Grubauer–Seattle Kraken–The goalie from Germany went 30-9-1 with a 1.95 goals against average and a .922 save percentage last year in Colorado. He signed a six-year deal worth $34.5 million.

1)Dougie Hamilton–New Jersey Devils–The Devils have a history of putting priority on defensemen. That trend continues. On Wednesday, Hamilton signed a seven-year deal worth $63 million. Last season he had 10 goals and 32 assists for 42 points.