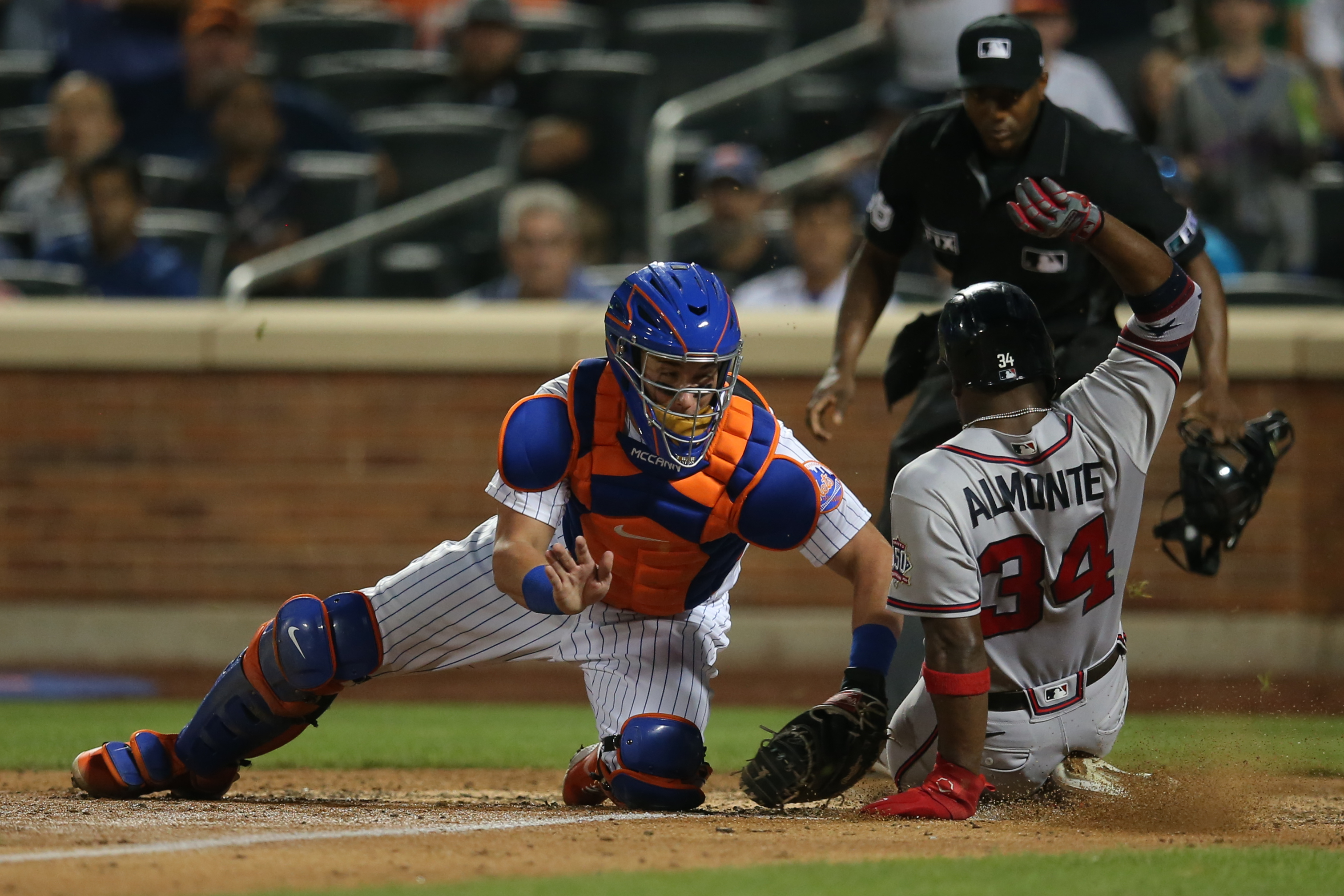 I love when people say “this season reminds me of the ‘XX season.” I don’t know if you can make carbon copies of seasons, at least until it’s over. Baseball is ever evolving, ever morphing into different things. Sometimes beautiful things, sometimes ugly things. But it’s always unique.

Having said all that, I will say that Wednesday’s game felt like something out of 1984. Not George Orwell’s classic about Big Brother, but Keith Hernadez’s first season as a Met which featured a young rookie named Billy Beane … who kinda looks like Orwell if you squint.

Tylor Megill was excellent again, but he missed location on Austin Riley’s latest home run, a solo job which cemented his status as “Righty Freeman”. But the Mets came back with their secret weapon: Brandon Drury. He’s such a secret that the Mets forget they have him sometimes. But in the smallest of small sample sizes, Drury is 7-for-15 as a pinch hitter this season with three … count ’em … three home runs after his blast off Max Fried gave the Mets a 2-1 lead and sent the Citi Field crowd into a Shea Stadium-like frenzy. But nothing like what it would be like in the 9th. 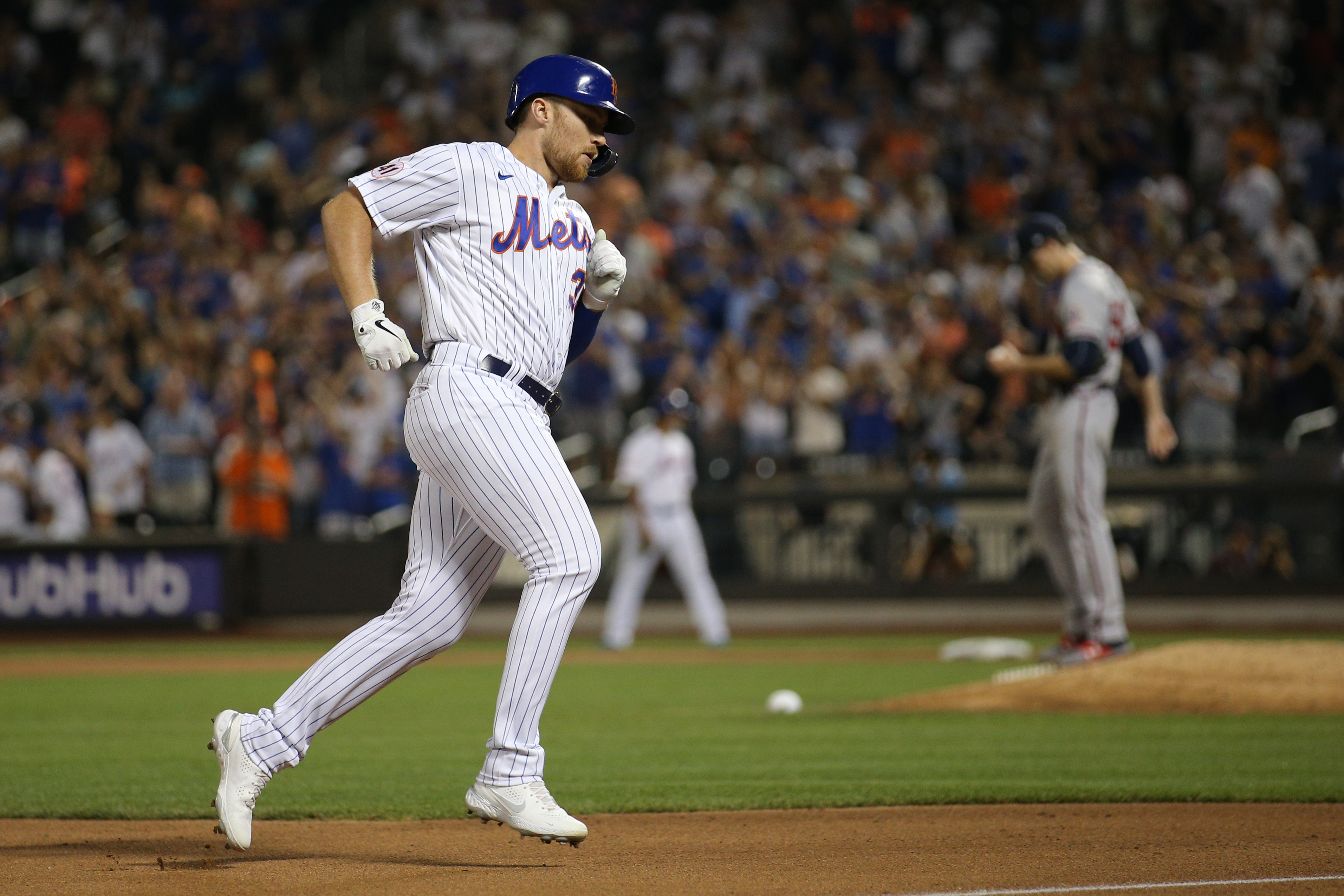 Aaron Loup came in for the 8th, and the normally reliable lefty gave up a couple of singles to start the inning. After Loup got Freddie Freeman on a comebacker, Luis Rojas brought in Jeurys Familia for two huge outs, striking out Righty Freeman and getting Dansby Swanson to ground out to short to end the inning. Two budding Met killers, and Familia shut them down. That makes three players who, at the start of the season was either an unknown, wasn’t here, or a player we had no hope for, and now we wonder where we’d be without them. Tylor Megill, Brandon Drury, and Jeurys Familia.

Edwin Diaz came on and immediately gave up a double to Abraham Almonte. Diaz has had control issues to start innings lately but this time he was wild in the strike zone as he gave up the double. (If I’m referencing 1984, I figure I’d use a line that Tim McCarver always used when he was in the Mets booth.) Guillermo Heredia then flew out, and Ehire Adrianza came up and smacked a single to Michael Conforto. Almonte was waved around …

Great throw, great tag, with a dash of questionable third base coaching by the ghost of Razor Shines.

Diaz would get the final out, a liner to left by Pablo Sandoval that Kevin Pillar had to ride his horse to get. But he got it and the Mets have played Atlanta to a draw over four games. One more win on Thursday afternoon and the Braves might very well be sellers in the following 24 hours. As for the Mets, they have a four game lead in the N.L. East. At around this same time in 1984 (July 27th, to be exact), the Mets had a 4.5 game lead, and they had about the same energy and same vibes as the current version had. Since that date though, they lost three straight to the Cubs and seven straight overall, and they’d never recover. The big difference this season is that I’m scouring the rosters of each N.L. East rival, and thankfully I don’t see Rick Sutcliffe on any of them.