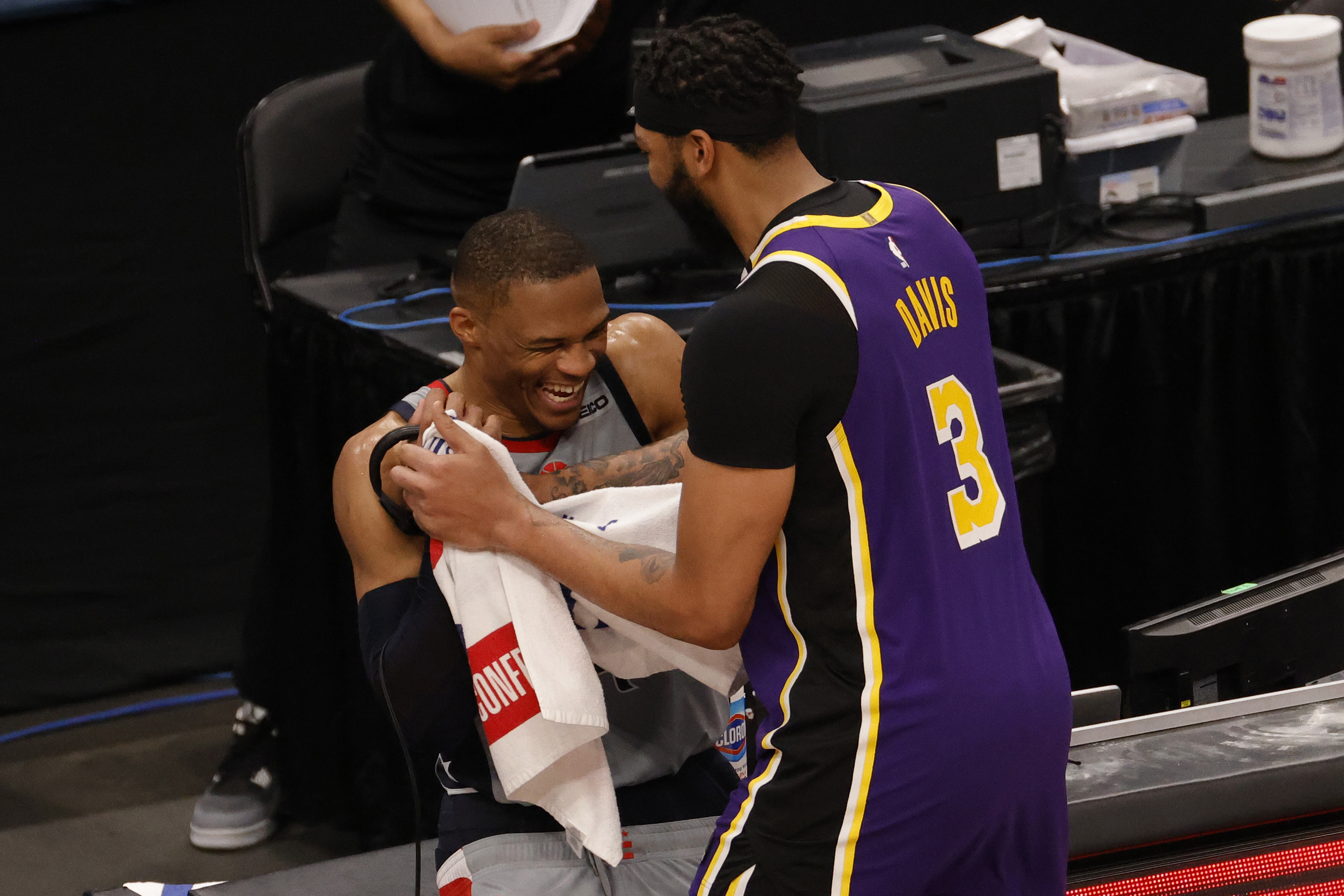 Tommy Sheppard said immediately after the Washington Wizards were bounced from the 2021 playoffs that they could not and would not be a run-it-back team. That was hard to believe at the time with a non-lottery draft pick, limited salary cap, and minimal trade assets with the likes of Rui Hachimura off-limits. Then the general manager, entering his third season leading the Wizards, made a blockbuster trade for the second year in a row with Russell Westbrook, a 2024 second, and a 2028 second going to the Los Angeles Lakers for Kyle Kuzma, Kentavious Caldwell-Pope, Montrezl Harrell, and the 22nd pick in the 2021 draft. Washington would go on to trade the 22nd pick to the Indiana Pacers for Aaron Holiday and the 31st pick (Isaiah Todd). The trade will not be official until the next league year on August 6, which may allow for a third team to get involved.

After easily setting the Wizards’ franchise triple-double record before surpassing Oscar Robertson for the overall record, the Russell Westbrook era in DC was short-lived after just eight months. It was a season plagued by injury, COVID, and a lack of chemistry with a still-developing rotation, but Westbrook’s impact on the Wizards roster from Bradley Beal to Rui Hachimura and more will be an everlasting positive. The future Hall of Famer helped define the culture Washington hopes to carry over for years to come.

The players currently on their way to Washington help build out the Wizards rotation. Kuzma just turned 26 years old and brings rebounding plus defense. Caldwell-Pope is good friends with Beal and provides a 3-point threat where he just shot a career-high 41 percent to go along with strong defense, too. Harrell is on an expiring contract and could be on the move with a three-man logjam at center with Daniel Gafford and Thomas Bryant, but if here to stay he would bring passion off the bench. It is plausible that one or more of these players could be sent to another destination with the Wizards having their sights on filling their vacancy at point guard.

From a salary cap perspective, the Wizards are no longer on the hook for the last $91 million over two years owed Westbrook and save $8+ million this season as things currently stand. Next summer, Washington will even have $22+ million in salary cap space, something they have not had since 2016 when they blew their load on Ian Mahinmi, Andrew Nicholson, and Jason Smith.

Bradley Beal signed off on this trade before it happened as he continues to make no indication of a trade request as the Wizards hope to retain him for the long haul. But the star power around him has now gone down even if Westbrook is trending in the wrong direction age wise. With free agency and the opportunities for sign-and-trades around the corner, Tommy Sheppard still has his work cut out for him to convince Bradley Beal to sign on the dotted line when he is eligible for an extension on October 1. Beal may not sign (although many thought the same in 2019), but the Wizards have until the trade deadline before truly having to consider moving on from their franchise star.