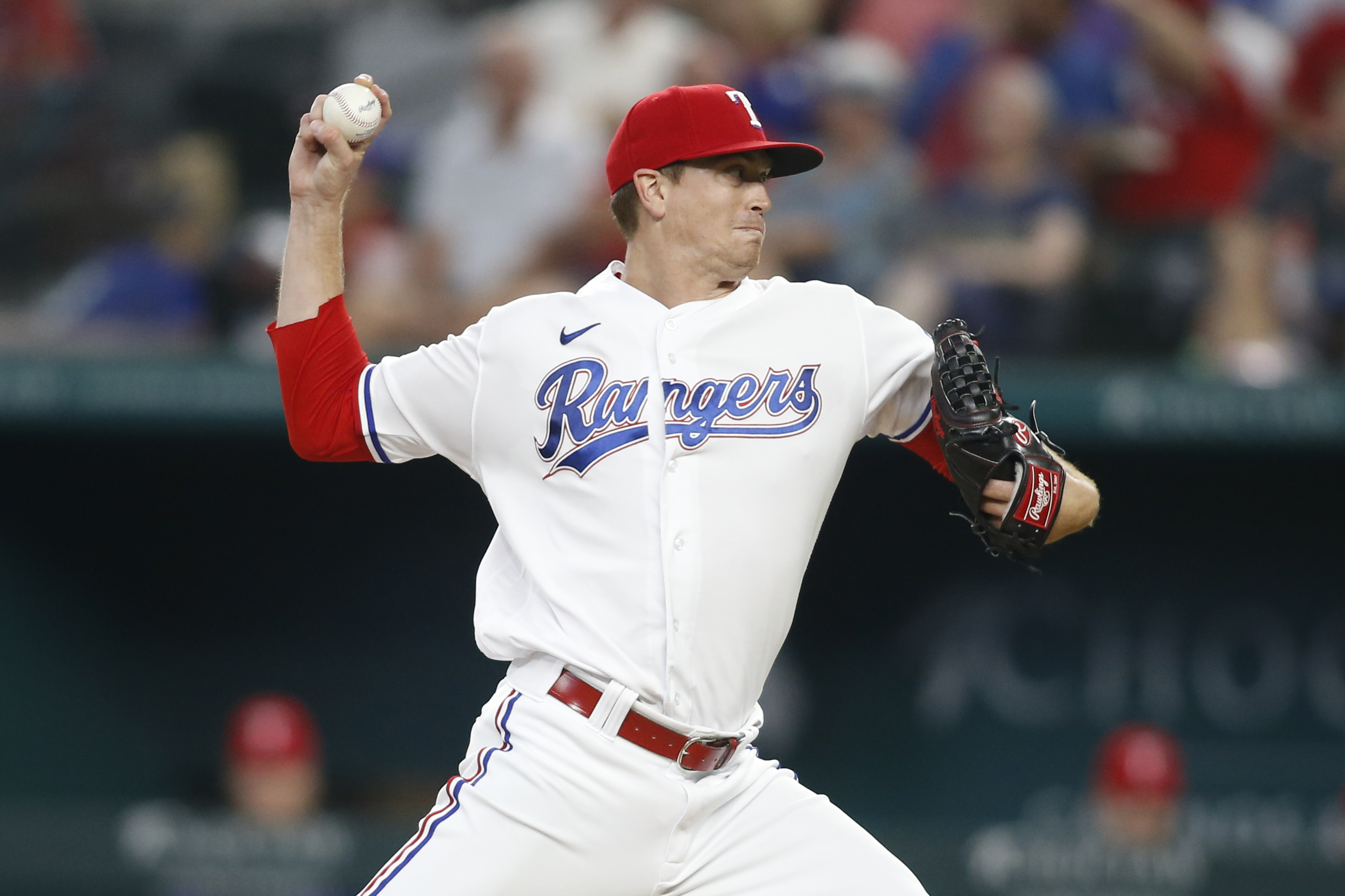 Gibson is a tall sinkerball pitcher who made his first All-Star appearance this season as a member of the Rangers. Gibson doesn’t have overpowering velocity, but the movement on his pitches can puzzle hitters. The veteran pitcher has a compact and quick pitching motion similar to or without men on base.

The Ace of Arlington.

Kyle Gibson will look to steady the ship tonight for the Rangers as they take on the Astros. @Rangers | #StraightUpTX pic.twitter.com/VyvUb3lVwN

Gibson will immediately address the Phillies’ need for an additional starting pitcher heading into the season’s final two months. Outside the Wheeler-Nola-Eflin trio, the Phillies’ fourth and fifth starters haven’t been efficient and were a clear weakness.

Gibson should slide into the fourth spot and inspire more confidence in the rotation. But Gibson’s recent struggles before the trade deadline, however, may be a cause for concern.

Kyle Gibson addresses the media on his performance tonight, as well as rumors surrounding his name before the upcoming trade deadline. @Rangers | #StraightUpTX pic.twitter.com/sChWze6iHR

That being said, the Phillies seem to think Gibson’s first-half numbers paired with a change of scenery to a more competitive ball club will get him back on track.

Veteran relief pitcher Ian Kennedy joins the Phillies after spending only a half-season with the Rangers. Kennedy has bounced around in his career, which was mostly as a starting pitcher until the Royals moved him to the bullpen in 2019.

Kennedy eventually signed a minor league contract with the Rangers this winter, which included a spring training invite. Nevertheless, Kennedy still has some of the stuff that made him an MLB starter for so many years.

This will be the second time that Kennedy will be paired up with Phillies manager Joe Girardi. He began his career with the New York Yankees and was coached by Girardi during the 2009 season. Kennedy was a part of the September call-ups but was not on the postseason roster when the Yankees and Phillies met in the World Series.

A second-round pick in 2017, Crouse was ranked the Rangers’ ninth overall prospect by MLB Pipeline this year. Crouse is a tall righty who has had success at the minor league level.

According to MLB.com’s prospect rankings, Crouse throws a fastball, slider, curveball, and changeup. The report also notes that Crouse was “emotional on the mound” leading up to the 2017 draft and is entertaining to watch because he’ll talk to himself on the mound. He’s also utilized a Johnny Cueto-style shimmy in his pitching motion in the past.

The 6-foot-4 starter is now rated as the Phillies’ fourth-best prospect in their minor league system and is projected to reach the majors in 2022.