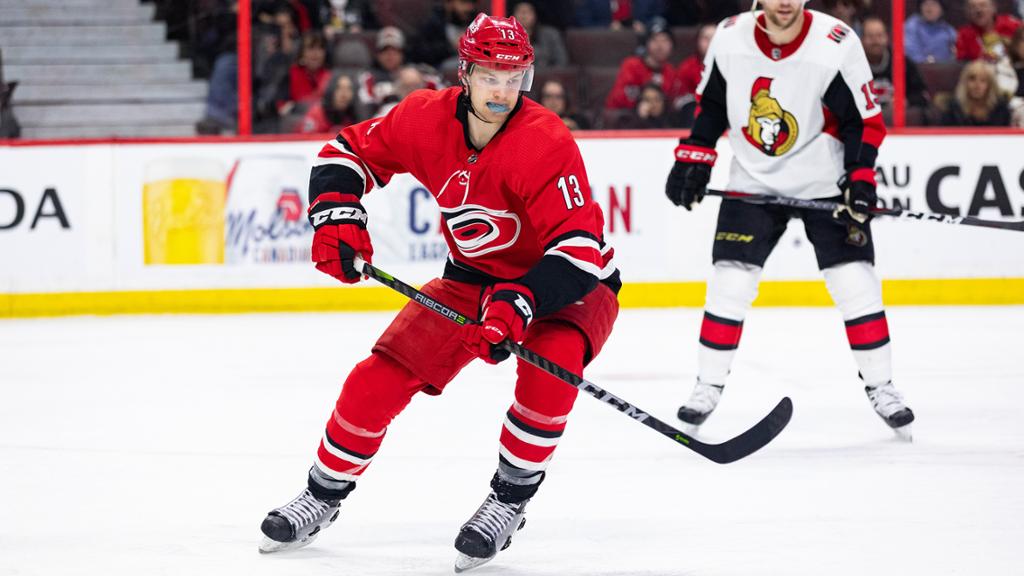 The Edmonton Oilers made a surprising trade on Wednesday less than an hour before free agency opened. The club shipped defenseman Ethan Bear to the Carolina Hurricanes in exchange for RFA forward Warren Foegele. Earlier on Saturday, the club inked Foegele to a three-year contract with an annual average value of $2,750,000.

Foegele is likely to be Edmonton’s third line left winger moving forward, sliding in behind new addition Zach Hyman and returning forward Ryan Nugent-Hopkins. Foegele scored 20 points (10 g, 10 a) in 53 games with the Hurricanes this past season, tacking on two more points (1 g, 1 a) in ten playoff games. The Hurricanes were eliminated in the second round by the Tampa Bay Lightning.

Foegele has settled in nicely as a strong middle-six forward to this point in his career. In 2019-20, Foegele scored 30 points (13 g, 17 a) in 68 games. The 25-year-old is extremely versatile and can play both center and wing. He’s also likely to see significant time on the penalty kill in Edmonton.

Currently, Foegele is in the Toronto area training with Connor McDavid, Darnell Nurse and Hyman under the watchful eye of former NHL’er Gary Roberts.

According to PuckPedia, the Oilers essentially have $3,750,000 remaining in cap space. The club must still sign RFA’s Kailer Yamamoto, Tyler Benson and Cooper Marody.