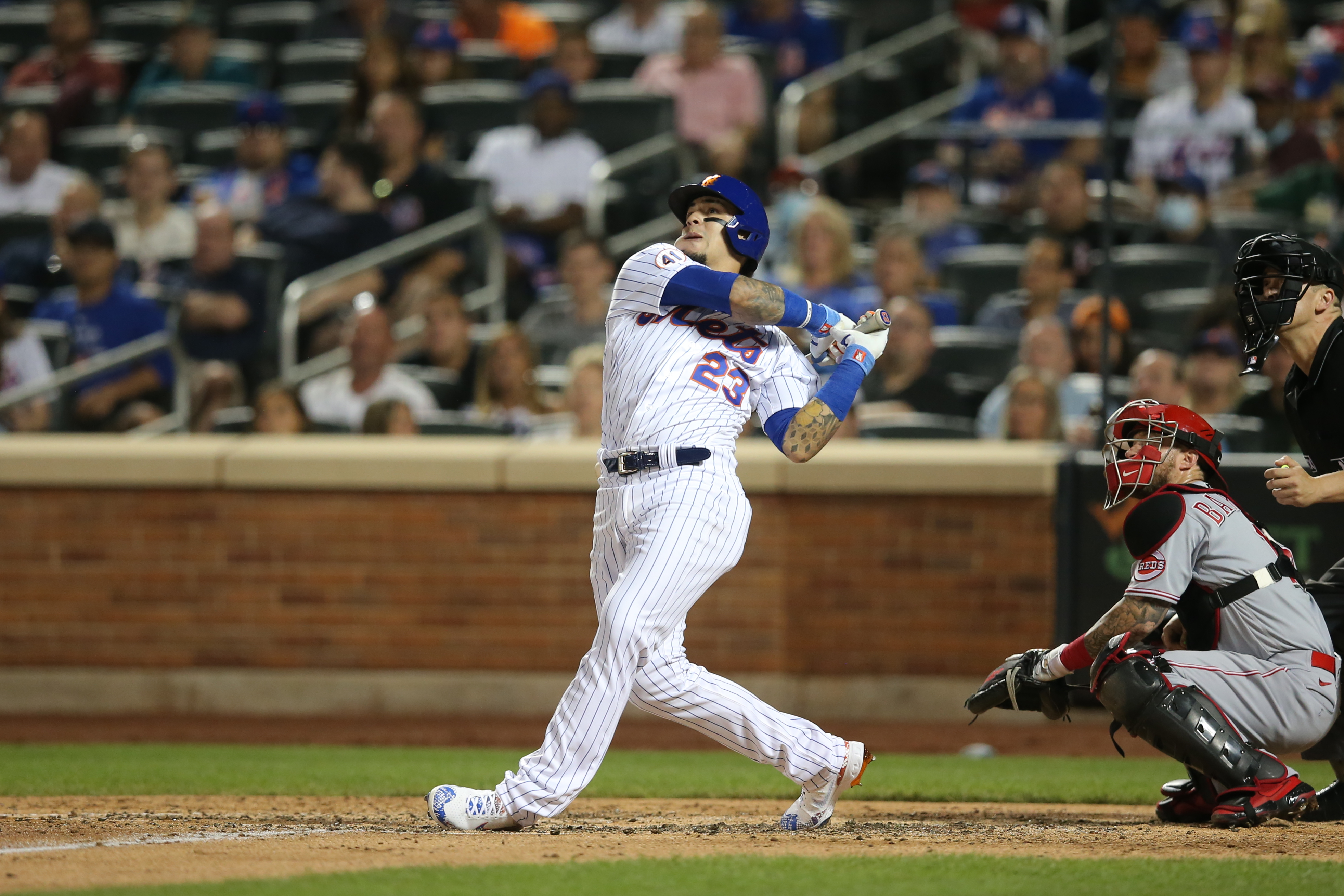 In what has become typical fashion for the New York Mets (55-48) this year, they simply found a way to win a game it looked like they were clearly going to lose. Dominic Smith tied the game with an RBI single off of Sean Doolittle in the bottom of the ninth inning before Brandon Drury delivered the game-winning hit in the tenth to help the Mets walk off with a 5-4 victory over the Cincinnati Reds (55-50). The two teams have now split the first two games of this weekend set and will look to secure a series victory by winning the rubber game this afternoon. First pitch for today’s game is scheduled for 1:10 p.m. at Citi Field.

Right-hander Marcus Stroman (7-9, 2.63 ERA) is set to take the mound for the Mets today. Stroman pitched well against the Atlanta Braves on Monday, giving up two runs in five innings of work, but was stuck with a tough loss when the Mets were shut out. The Reds will counter with rookie righty Vladimir Gutierrez (5-3, 4.75 ERA). Gutierrez earned his fifth victory of the year on Tuesday, holding the Chicago Cubs to two runs in 6.1 innings of work.