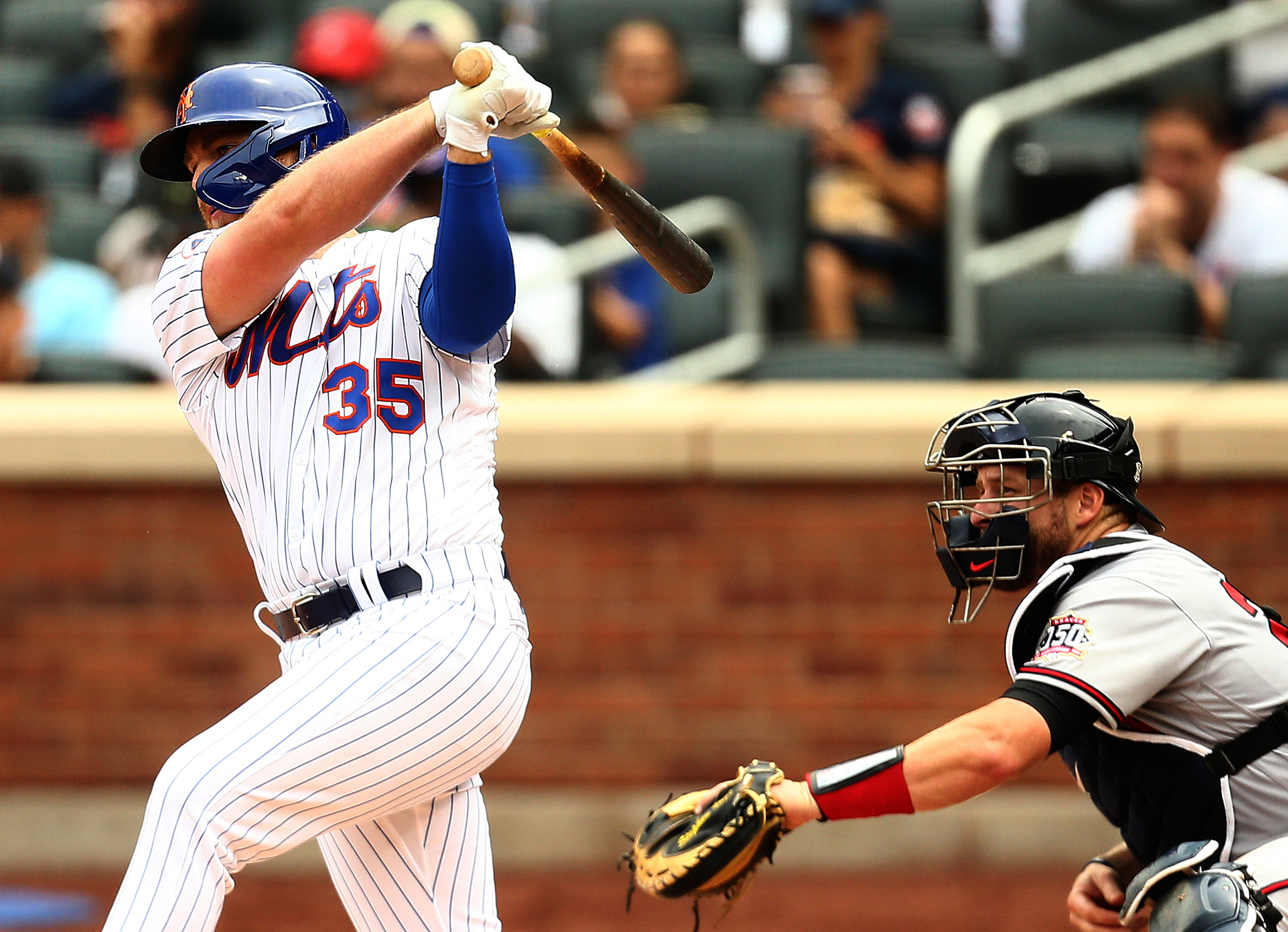 There was a bit of bad news for the New York Mets in July as they underachieved against a potentially easier portion of their schedule. In 27 games in July, the Mets went just 14-13, a disappointing accomplishment with seven games against the Pittsburgh Pirates thrown into the mix. The good thing for the Mets was that the National League East continued to struggle, allowing them to maintain a four-game lead in the division entering the month of August.

The early portion of July looked promising for the Mets as they won consecutive series against the New York Yankees and Milwaukee Brewers, allowing themselves to show significant playoff potential. The seven consecutive games with the Pirates were not a blessing as Pittsburgh won four out of seven, costing the Mets a chance to add some cushion in the division. The Mets then played roughly .500 ball for the rest of the month, winning series with the Toronto Blue Jays and Cincinnati Reds before losing a series to the Atlanta Braves. That last series defeat was damaging since it cost the Mets a chance to bury the Braves in the division, allowing Atlanta to justify adding three more outfielders prior to the July 30 trade deadline.

The Mets were also active at the deadline, adding Rich Hill from the Tampa Bay Rays along with Javier Baez and Trevor Williams from the Chicago Cubs. Hill and Williams were necessary additions to help the Mets build their starting pitching depth back up again while Baez adds a big bat to a lineup that has struggled mightily against left-handed pitching. Baez also provides the Mets insurance at shortstop since Francisco Lindor is out until at least mid-August with an oblique injury.

The other big injury development for the Mets in July was the loss of Jacob deGrom to inflammation in his right forearm. The problem popped up after the All-Star Break and deGrom hasn’t pitched since July 7, a shutdown that should keep him out until September. deGrom will likely lose the Cy Young Award as a result of this absence but the Mets will have the more difficult task of trying to maintain first place in the division without him.

Even though the offense as a whole went through fits and starts in July the Mets did have a few impact performers step up. Jeff McNeil has been the hottest hitter on the team, batting .351 with two home runs and 14 RBI’s in 77 at-bats as he put together a 16-game hitting streak that was snapped last night. Lindor was also warming up, hitting .333 with two homers and 10 RBI’s before he hurt his oblique. Other standouts included Luis Guillorme (.319/1/3), Dominic Smith (.270/5/17) and Pete Alonso (.250/10/22), who appeared to be energized by his victory in the Home Run Derby.

The focus for the Mets now shifts to the dog days of summer as they enter August with a schedule heavy on divisional games and contenders. After today’s game with the Reds, the Mets spend the rest of August playing either the Miami Marlins (two series), Washington Nationals (two series at home), Philadelphia Phillies (one series in Philadelphia), Los Angeles Dodgers (two series) and San Francisco Giants (two series). The NL West games come in a brutal two-week stretch with just one off day, so it is important for the Mets to clean up against the NL East foes in order to buy themselves a cushion in some tough matchups. The biggest series of them all may be in Philadelphia next weekend since it is one of the few chances left for the Phillies to directly make up ground on the Mets.

The Mets will play 29 games in 31 days in August, including the completion of a suspended game from April against the Marlins on August 31 as part of a doubleheader. Splitting the games against the NL West foes should be the goal, so even a 6-7 finish is fine against two stronger teams when the Mets won’t have either deGrom or Lindor. The key here will be to clean up in the division games, including a series win in Philadelphia next weekend, to put together a 17-12 finish in August. That record would leave the Mets entering September at 72-60, a good spot to try and close out the franchise’s first NL East title since 2015.