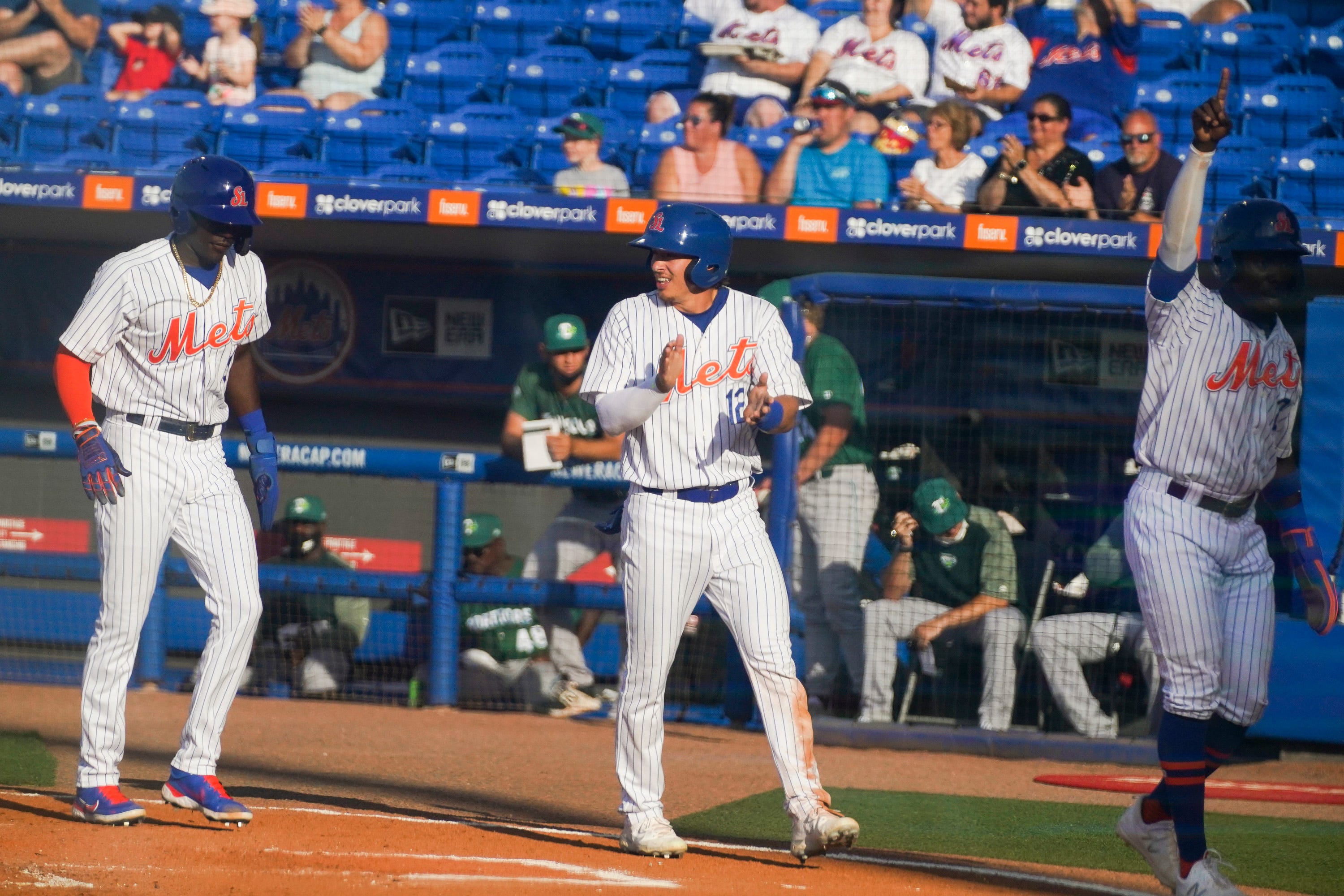 While plenty of New York Mets fans are upset about the organization’s failure to sign first-round pick Kumar Rocker, it is worth mentioning that there are a lot of talented young players in the minor league system to be excited about. One such guy is infielder Jaylen Palmer, who has quietly risen up the team’s prospect charts to become a player to watch in the future. Palmer, who just earned a promotion to High-A Brooklyn, is the focus of this week’s edition of Minor League Mondays.

A 22nd-round pick in 2018 out of Holy Cross High School in Flushing, just three miles away from Citi Field, Palmer received a $200,000 signing bonus to forego his college commitment. Palmer did well in the lower levels of the minor leagues before the pandemic scuttled the 2020 campaign, leading the Mets to assign him to Low-A St. Lucie to start the year. That move worked out nicely for Palmer, who crushed the Florida State League by batting .276 with two home runs, 24 RBI’s, 23 stolen bases and a .764 OPS. The Mets have promoted Palmer to Brooklyn today, where there is an opening on the left side of the infield after Brett Baty was promoted to AA Binghamton.

Palmer is currently rated as the Mets’ 11th-best prospect according to MLB.com, largely as a result of the incredible potential he has. Scouts believe the 6-foot-3 Palmer can put together elite power numbers if he improves his contact skills, which saw him post a 39.1 percent strikeout rate in 2019 for Kingsport. Palmer has improved his strikeout rate so far this season, whiffing 81 times in 246 at-bats for St. Lucie, but he will need to improve further off of this 33 percent strikeout rate to survive in the majors.

One thing that could help Palmer at the big-league level is his speed and strong arm, which could allow him to handle multiple defensive positions. Palmer has worked at third base and shortstop this season as well as some corner outfield work in the past so there is at least utility player potential as a floor for him.

The Mets clearly believe that Palmer can’t learn any more from the Florida State League so moving him up to Brooklyn will be a benefit for the remainder of this season. How fast Palmer can move beyond Brooklyn will depend on his ability to continue improving his ability to make contact in order to cut down on a strikeout rate that is too high to be playable as a big-leaguer. There is a lot to like with Palmer and it wouldn’t be a shock to see him crack the organization’s top ten prospects by the end of the season.