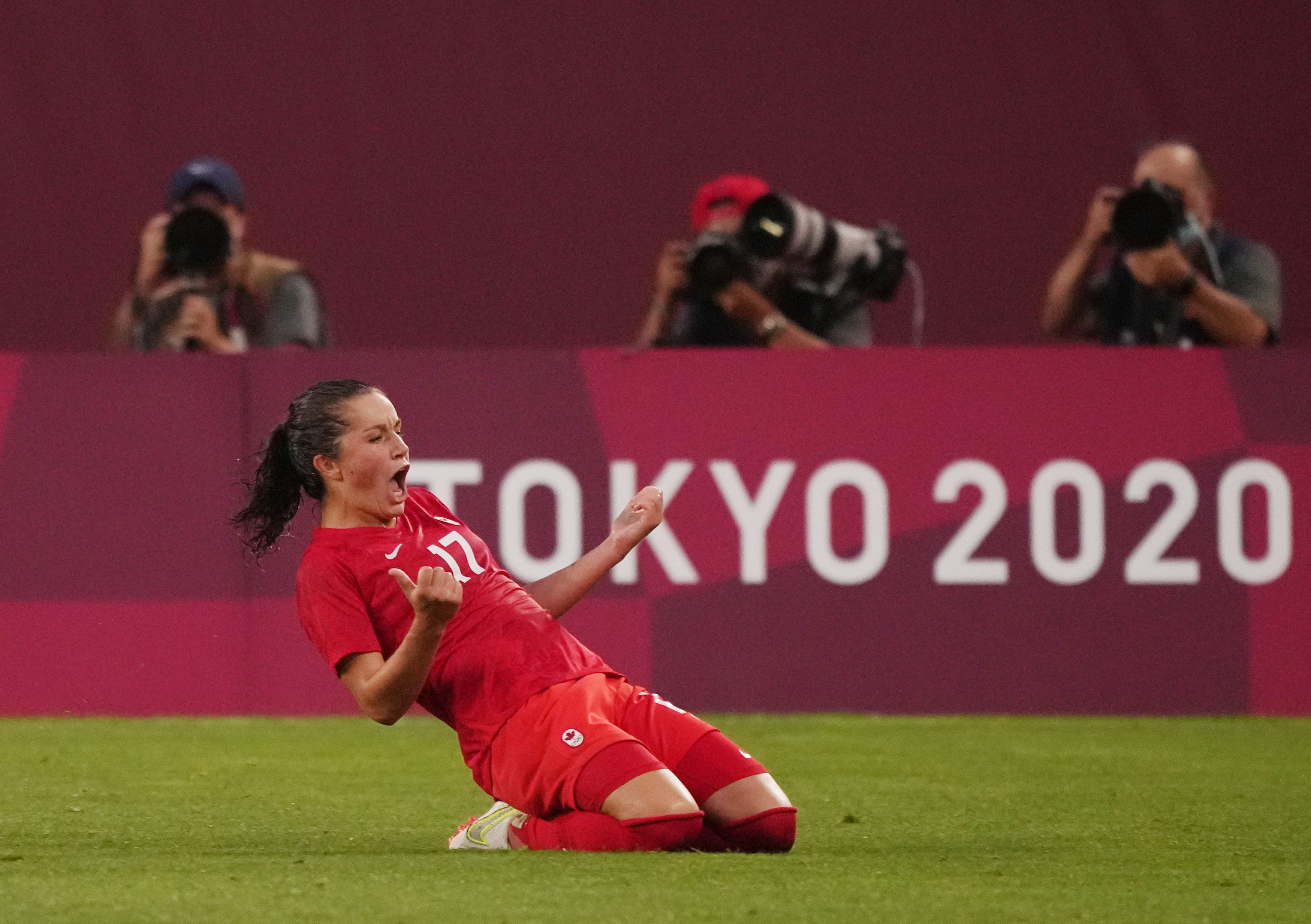 The Canadian women’s soccer program has been waiting a long time to beat their powerful neighbours from the south. On several occasions, the team has been on the brink of greatness, but just simply could not find a way. Yes, the United States have been undefeated against Canada in the last two decades (and have only lost three times in 60 games in the history of international women’s soccer heading into the 2020 Olympic Games in Tokyo in 2021), but you had the sense that maybe, just maybe things could have changed in the Olympic semifinal between the two North American superpowers on Monday.

The reason why there was some skepticism that an American win was not a slam dunk was because of a few different reasons. For one, the American team looked vulnerable in their opening loss to Sweden. Second, the United States have had a tough time finishing in this Olympic tournament, when traditionally goal scoring comes at complete ease. Third, let’s face it. This American team has a core nucleus of players that are past their prime, while they are facing a group of younger and hungrier teams that are doing everything and anything possible to beat the Americans. Finally, ever since the United States hammered Thailand 13-0 at the last World Cup, and had no problems running up the score, they have had a target on their back with a capital “T”. Many soccer teams worldwide did not like how the Americans behaved that day, and have made it their mission to beat the United States internationally.

As mentioned, despite the lopsided record, Canada has come close. The best example came in the semifinals of the 2012 Olympic Games in London. In a dramatic contest filled with loads of emotion, the United States beat Canada 4-3. The Canadians gave up a late goal to American star Abby Wambach that still stings to this day. The Wambach penalty came moments after Canadian goalie Erin McLeod was called for holding on to the ball too long.

On Monday, Team Canada broke through. Many people across Canada actually set their alarms for 4 a.m. Eastern Time to witness national greatness. The Canadian star was Jessie Fleming, who scored on a penalty kick after American defender Tierna Davidson was called for fouling Canadian Deanna Rose. Despite some American chances late in the contest, which including Carli Lloyd hitting the cross bar, the Canadians prevailed with the dramatic 1-0 win. Their opponents in the gold medal game later this week will be Sweden, who beat Australia 1-0. The Aussies will play the Americans for bronze.