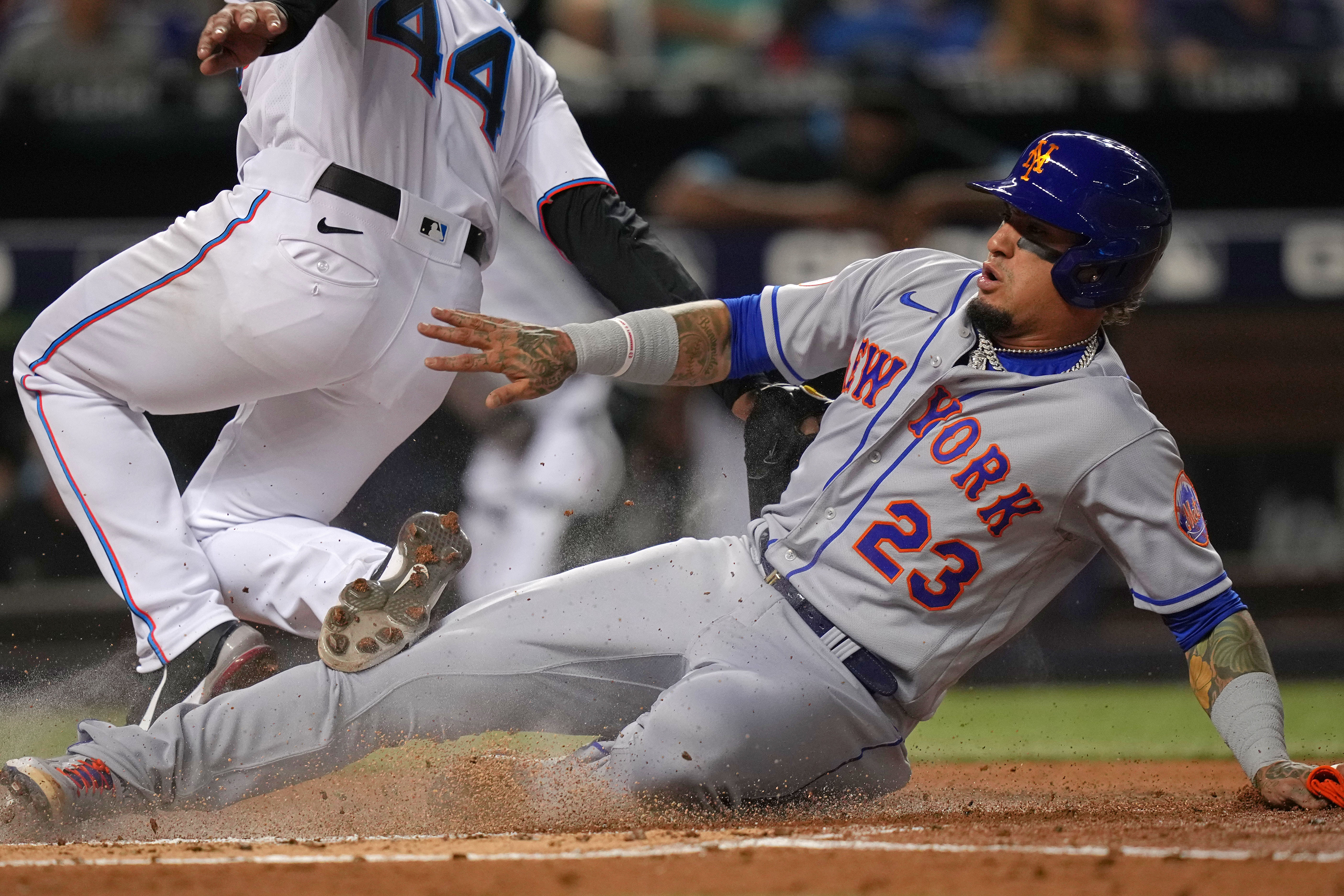 In the top of the 3rd, Báez ran out a ground ball, and it looked like he tried to beat it out with a slide, but then saw Jesus Luzardo and changed his mind. At that point, Báez’s leg buckled and he limped past first base. We all thought we knew what was coming next: Báez would leave the game, inevitably go on the IL, and then Sandy Alderson would figure out how to acquire Trevor Story past the trading deadline so that he could get hurt too.

But Báez shocked us all by staying in the game, and even running full tilt from first base to third base on a single in the 8th. The fact that he gutted out what seemed to be something that is recurring with him was heartwarming, but it also made crystal clear what kind of hero he’s going to wind up being. He’s not Reeve. He’s not Keaton, He’s not Godot. He’s Jamie Lee Curtis. He’s the one that’s going to survive Michael Myers, who in the world of the Mets doesn’t kill or maim … he just tears hamstrings and ACLs with his proverbial sword. Báez’s aim is to outrun the Michael Myers of medical records. 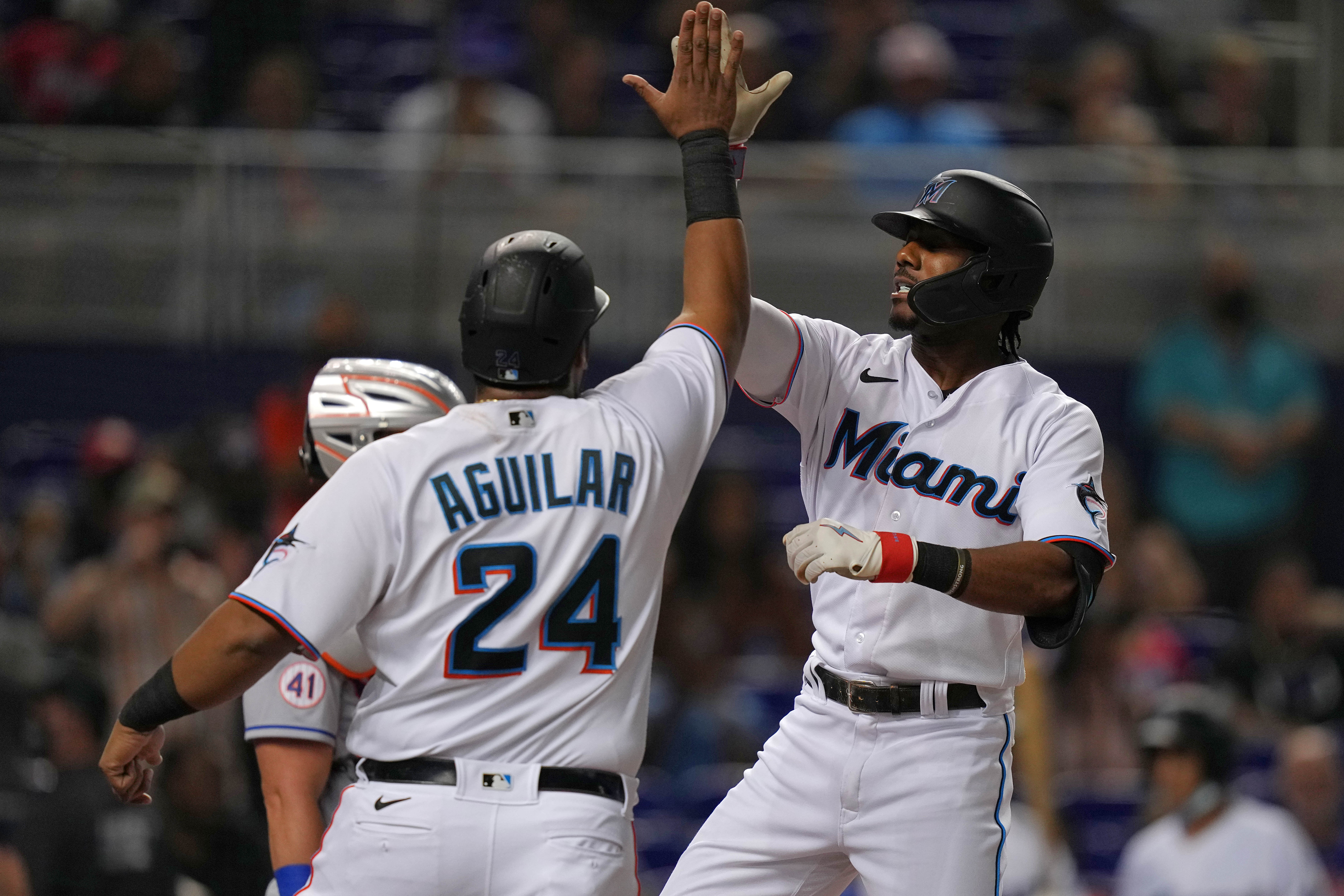 Tylor Megill also escaped Jason, grabbing his glute on a sacrifice in the 4th but pitched two more innings. Great, except he didn’t pitch all that well as he gave up five runs in five innings … four of them coming on a grand slam in the first by Lewis Brinson. Megill’s calling card has been his impeccable control to go along with some country hardball. But Megill’s control failed him tonight. On the slam, James McCann wanted the fastball low and away, but it leaked high and Brinson got it.

Then after the Mets rallied for two in the second (after Ron Darling again played the role of Tony Romo by saying that an Oakland scout told him that Marlins starter Jesus Luzardo could be Jekyll and Hyde depending on the inning) and Pete Alonso cut the lead to 4-3 with a dinger, Megill gave up a run scoring double to Isan Diaz in the 3rd to make it 5-3. McCann wanted that pitch up and in, and it leaked middle. It’s stating the obvious, but most hard hit balls happen when pitchers lose their command, as a major league hitter will hit mistakes every time (except if he’s a Met and the bases are loaded with nobody out.)

Before the game I got a call from my friend who wanted to confirm that the Mets are only due one soul crushing walk-off loss in Miami per season, and not one per series. I can confirm that it’s only one per season, as per the Treaty of Versailles. Doesn’t make Monday’s loss any less disappointing, especially after the Mets loaded the bases in the 8th with two outs and Brandon Drury, not being able to continue his magical run, grounded out 6-4. (A bases loaded chance wasted? Even the writers of Halloween: Resurrection thought that plot line was stale.) That’s four out of five and five out of seven dropped, and one to Miami. Javy Báez might still be that hero we all hoped for, but as we’ve known, there’s always a Michael Myers in the woods waiting for the right time to slash a ligament or a playoff dream.