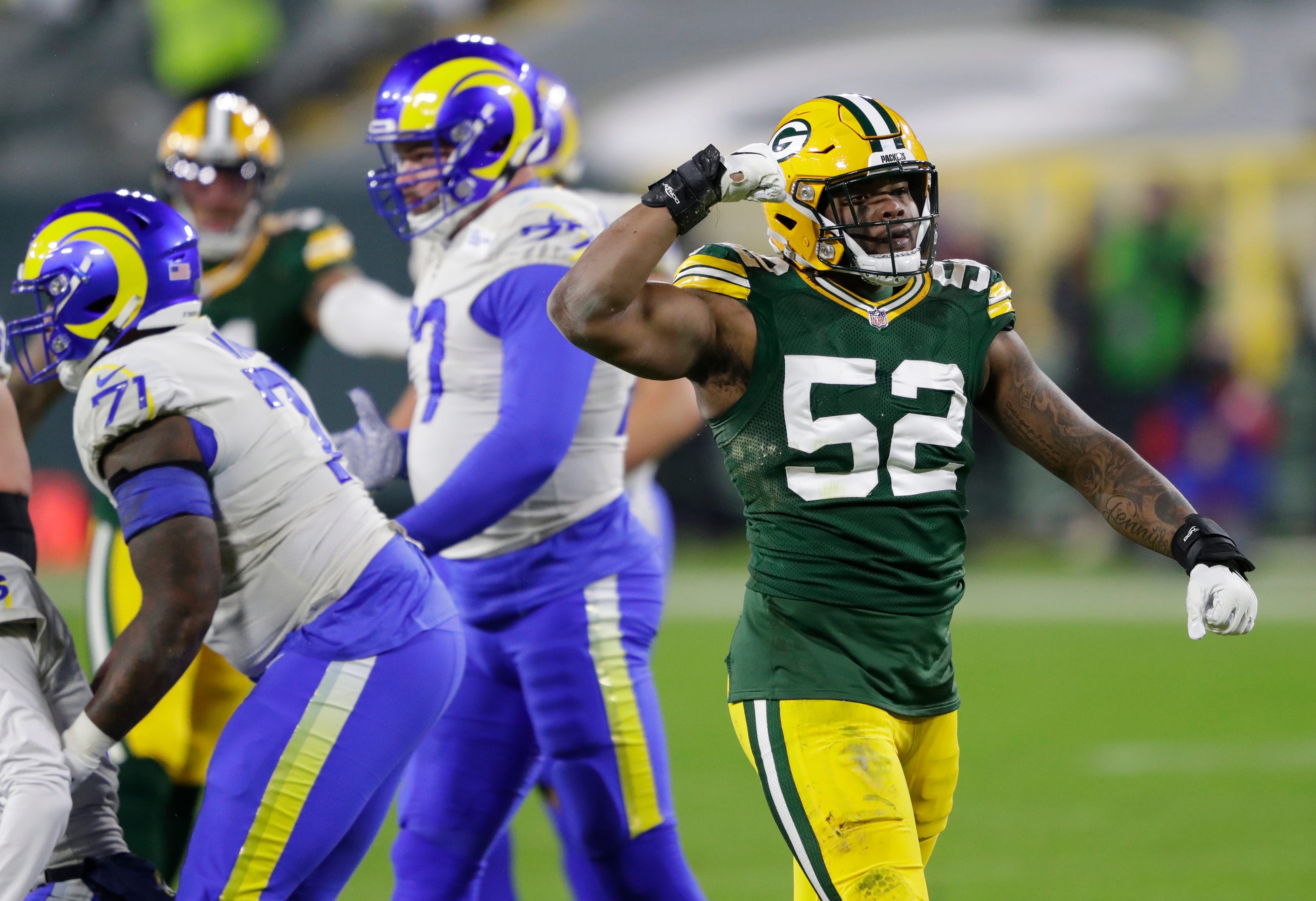 Former Packers first-round pick Rashan Gary is about to start his third season in the NFL. The former University of Michigan star has made progress in each of his first two seasons and most observers of the Packers feel he is a strong candidate to have a breakout season in 2021.

The Packers drafted Gary in 2019 with the 12th overall pick in the first round. Gary didn’t see the field too often as a rookie, playing only 24 percent of the team’s defensive snaps and recording 21 total tackles and just two sacks.

In his second season, Gary took his game up a notch. He played 44 percent of the team’s defensive snaps and recorded 35 total tackles and five sacks. His improved his ability to pressure opposing quarterbacks, registering 11 quarterback hits after accumulating just three as a rookie. His pressures also went up from five as a rookie to 19 in 2020 according to pro-football-reference.com.

So, what does Gary have in store for year three? Early indications are that the arrow continues to point upward for Gary. At OTAs earlier this offseason, many observers pegged him as the best player on the field on defense.

One of the reasons the coaching staff is optimistic about Gary is his combination of elite athletic ability and his determination to improve his level of play. Throughout the offseason, Gary released videos on social media showing his workout regimen. Many fans were impressed as they watched him change direction on a dime and move fast for a 6’5”, 277-pound man.

Throughout OTAs and into training camp, Gary has been working with outside linebackers coach Mike Smith to improve his game.

“Rashan is working hard to develop multiple moves coming off the edge, but one thing that definitely jumps out, and you see every practice, every game, is just the effort he plays with,” LaFleur added.

Veteran outside linebacker Za’Darius Smith has also been impressed when watching Gary this offseason. He tweeted:

"Whatever he learns in the meeting room he takes to the field."

If Gary can take his game to the next level, he can give the Packers one of the better pass rushes in the NFL in 2021. Za’Darius Smith has made the Pro Bowl the last two seasons. He and Gary would give the Packers two outstanding edge rushers with a slimmed down Preston Smith giving them three potentially dangerous players coming off the edge.

New defensive coordinator Joe Barry will also look to utilize all three of those edge rushers on the field at the same time on obvious passing downs. Both Za’Darius Smith and Gary are effective moving inside and rushing from the A gap. Having all three players on the field at the same time with two of them capable of moving inside on any given play is enough to keep many offenses off-balance.

In addition, the Packers have two defensive linemen who can also put pressure on opposing passers. Kenny Clark hopes to return to his 2019 form which is very realistic if he can stay healthy this season. And if Kingsley Keke takes a step forward in his third season in the league, he can give Green Bay another capable pass rusher.

While we still haven’t seen what the new Packers defense will look like, most experts expect Barry to call fewer blitzes than his predecessor, Mike Pettine. That means that having Gary step up will be even more important for the defense in 2021.

Gary remains serious about his profession and dedicated to improving himself. “I’m not done,” he told the Packers official Web site during OTAs. “While I did make a lot of jumps, I’m still hungry and there’s still room to improve. “[I’m] just keeping everything full throttle from last year, not trying to slow down – not one bit. I’ve still got a lot of chipping away to do before the season comes. I’m happy to get back in my lab, get back in the cave and work.”

The Packers are just as enthused as Gary is about his future. Now he needs to go out and show everybody what he is capable of doing.