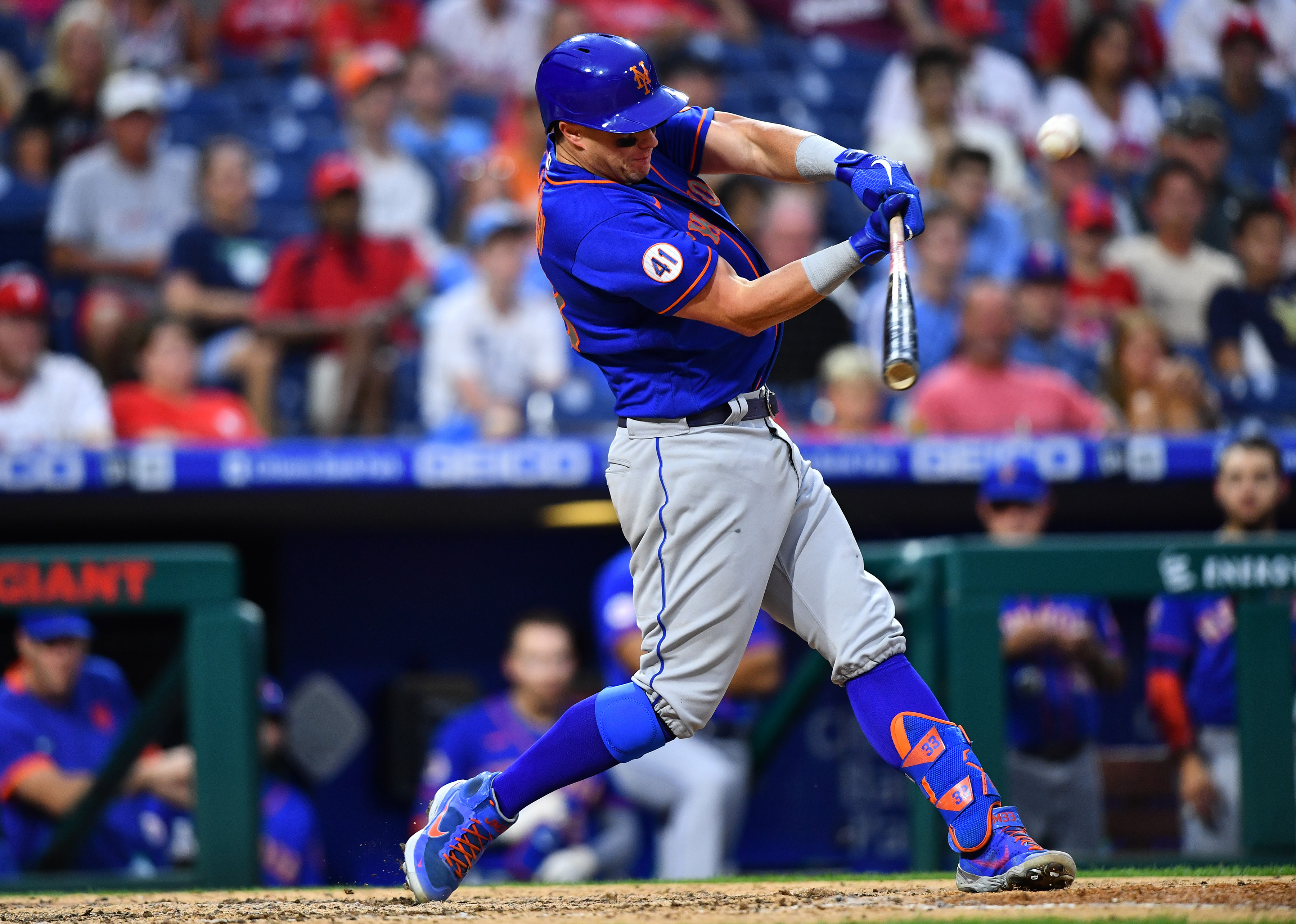 The bats have continued to slumber for the slumping New York Mets (56-54), who are in an absolute tailspin right now. The Mets have lost three games in a row and eight of their past ten to fall out of first place, trailing the Philadelphia Phillies (58-53) by 1.5 games in the National League East. The Phillies have won seven in a row to surge past the Mets, including the first two games of this weekend series, so it is imperative for the Mets to avoid getting swept in the series finale this afternoon. First pitch for today’s game is scheduled for 1:05 p.m. at Citizen’s Bank Park.

Right-hander Taijuan Walker (7-6, 3.86 ERA) will look to snap a personal skid as he takes the mound for the Mets this afternoon. Walker suffered his third straight loss against the Miami Marlins on Tuesday, giving up four runs in 4.2 innings as he has struggled mightily since the All-Star Break. The Phillies will counter with former Met Zack Wheeler (9-6, 2.57 ERA), who is looking to make a run at the National League’s Cy Young Award winner with Jacob deGrom’s prolonged injury absence opening the door for other contenders. Wheeler had some struggles against the Washington Nationals on Tuesday, giving up four runs in 7.1 innings of work, but he was still able to pick up his ninth win thanks to some excellent run support from the Phillies’ offense.