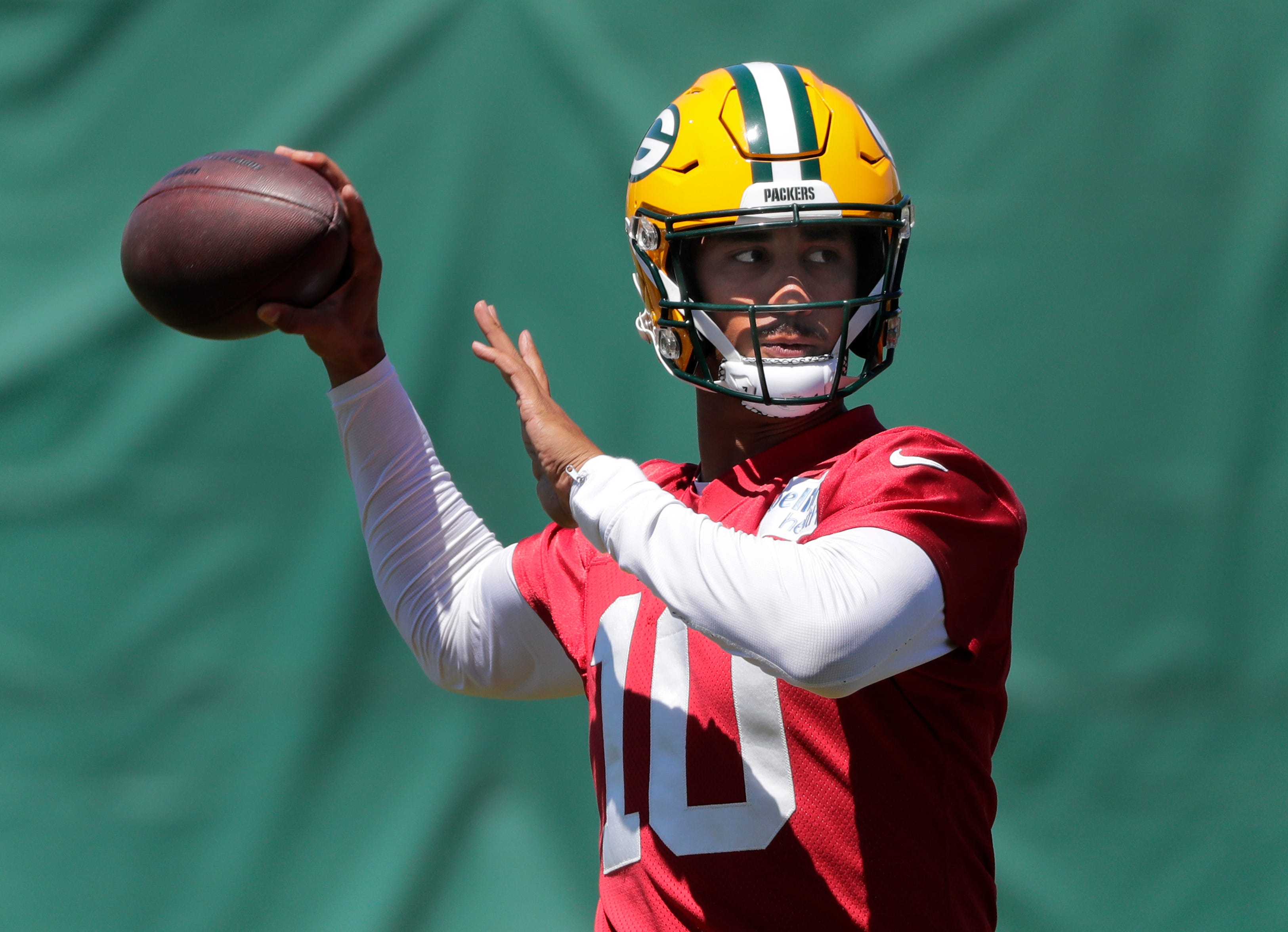 For most Packers fans, Saturday night’s game against the Houston Texans at Lambeau Field is the first game of the 2021 preseason. But for Packers backup quarterback Jordan Love, the game has a lot more significance: it will be the first time he plays in a live NFL game of any kind.

On Monday, Packers head coach Matt LaFleur indicated that “select veterans” would not play at all against the Texans. LaFleur has also said that he expects Love to play “a large portion of the game” on Saturday night.

It hasn’t been an easy road for Love so far in the NFL. As soon as he was drafted by the Packers, there was controversy. The Packers already had Aaron Rodgers, one of the best quarterbacks of all time, under center and unlike Brett Favre before him, Rodgers had not indicated to anybody he had any intention of retiring soon.

Most scouts agreed that Love has the potential to develop into a talented starting quarterback but he would need some time to correct his mechanics and improve his ability to read defenses to get there. The original plan was for Love to learn behind Rodgers for a few seasons before he would be ready to take over as the starting quarterback.

But, then the Covid-19 pandemic came along and Love did not have the benefit of participating in OTAs or playing in preseason games as a rookie. Due in part to the lack of reps in practice and in preseason, the Packers kept backup Tim Boyle on the roster last season as their number two quarterback. As a result, Love was not even active for any of the Packers 16 regular-season games or either of their playoff games. He has not taken a snap in the NFL yet.

“It was hard obviously,” Love admitted. “All the rookies, we didn’t really know what to expect. Obviously, just coming into an NFL season in general and then having Covid on top of it. A lot of things changed. They were different from what they were usually like. So, we didn’t really get to see what things were normally like in the NFL.”

This offseason was an eventful one for Love and the Packers. Rodgers let it be known that he and the Packers front office had differences in philosophy and hinted that he may not want to rejoin the Packers. Part of the reason for that was the decision to draft his potential successor in Love although Rodgers made it clear he did not have any personal issues with the Utah State alum.

Rodgers stayed away from both voluntary and mandatory OTAs this spring as the media and fans awaited his decision regarding returning to the Packers. While this had the potential to be a distraction, Love was able to take advantage of the opportunities caused by Rodgers’ absence to get some badly needed reps at OTAs and at minicamp.

As expected, his performance was mixed. At times, fans and coaches could see the talent and athletic ability that caused the Packers to take Love in the first round of the draft and the promise he showed during his junior year at Utah State. At other times, Love’s inexperience showed and he looked like a player who still had a long way to go before he would be ready to start an NFL game.

Love feels his game has improved after OTAs. When asked how, he started with his footwork which quarterbacks coach Luke Getsy has been working with him on. Then he added, “Ultimately, just reading and understand defenses, understanding where I need to go with the ball. There’s still some mistakes, still learning some things.”

The closest Love has come to seeing action in a game-type situation in the NFL came this past week during the Packers Family Night Scrimmage. This is still far from a real game situation with live opponents and full contact. Again, Love had some strong plays during the scrimmage and he had a couple of plays that made many observers scratch their heads.

Overall, Love has a positive attitude and is preparing himself for the day he gets the opportunity to take the field for the first time in a Packers uniform.

All of that will change on Saturday. Love will finally see full contact game action against another team when the Packers host the Texans.

“I’m super excited for it,” Love told reporters while explaining he hasn’t played in a real game in about a year and half. “You know, this is the moment I’ve been preparing for. I’m super excited to get out there and get back to playing ball.

For Jordan Love, the next step of his NFL journey begins Saturday.