Good start for Eagles starters in PS1 loss to Steelers, 24-16 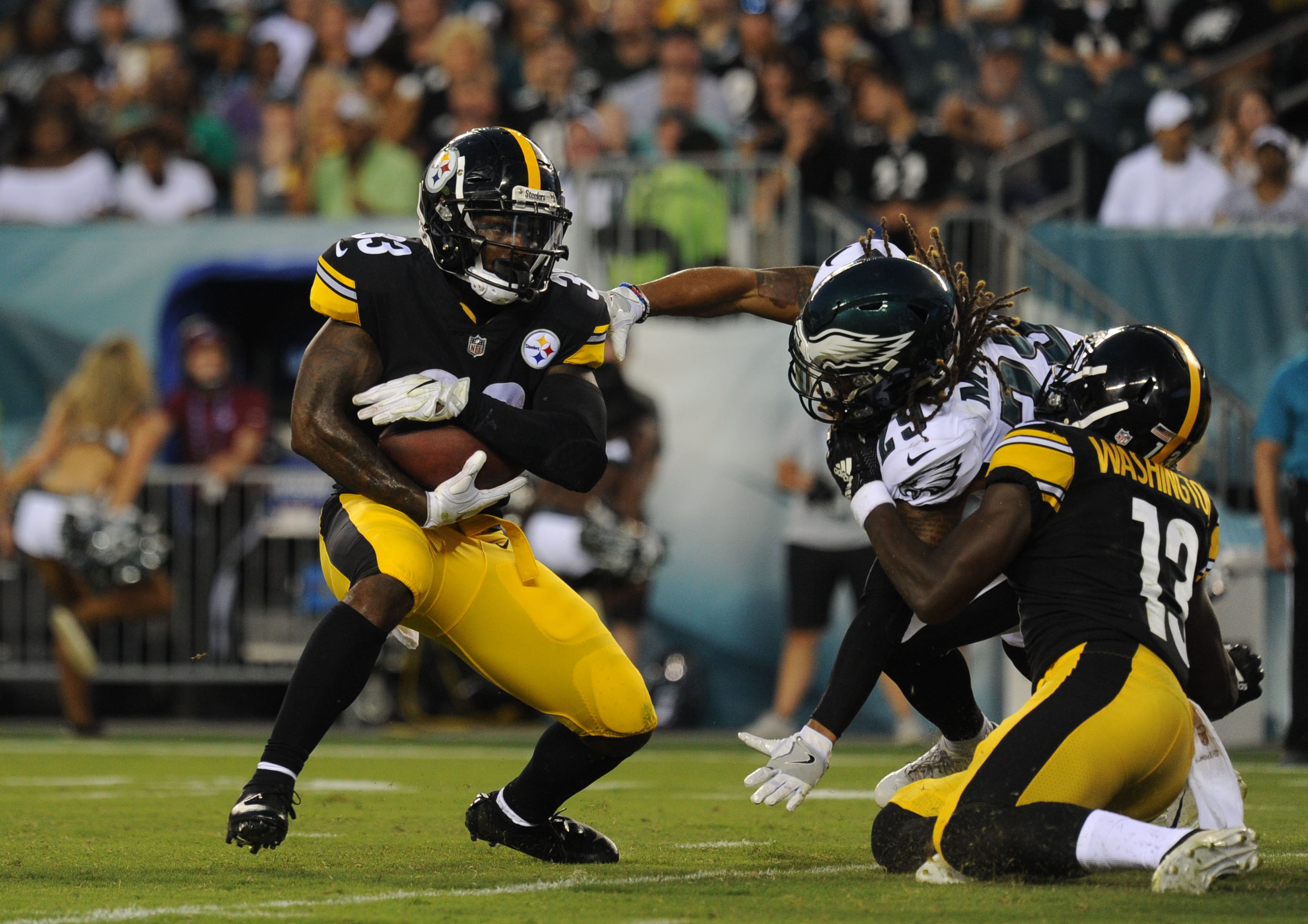 Good start for Eagles starters in PS1 loss to Steelers, 24-16

It wasn’t exactly first team on first team, but close enough that the Eagles can claim a moral victory for their starting units. Eagles led 16-7 at the half…

Nick Sirianni turned 40 in June and is Philadelphia’s youngest head coach since Dick Vermeil in 1976. This was his first game in charge at any level. “It felt like business as usual. I’ve just added a few titles,” Sirianni said.

He has a young QB leading the way in Philly. Jalen Hurts played two series and was a statistically modest 3 of 7 for 54 yards, but he also had a couple of pass plays that were open but not completed (drops and an overthrow). He hit tight end Zach Ertz over the middle for 34 yards and had receivers drop passes on his next two attempts.  But overall he was solid.  [Last season he completed 52% of his passes for 1,061 yards and six touchdowns with four interceptions. He also ran for 354 yards and three TDs.]

Joe Flacco, who threw 25 touchdown passes against the Steelers in his 11 seasons with the Baltimore Ravens, hit Quez Watkins for a 79-yard touchdown and a 10-0 lead. Flacco, signed to play behind Hurts, was 10 of 17 for 178 yards and the touchdown.

Jake Elliott kicked two 47-yard field goals and a 50-yarder for the Eagles.

Technically, if you want to judge solely by the team performance in the first half relative to the fact that it was mostly first and second stringers playing, the Eagles won 16-7.

But allow me to save you the boring recap— here are the most salient takeaways from the Thursday night exercise:

D. Smith’s “Winners and Losers” report from the BGN Commentary—

If you absorb that hot take from D. Smith, you pretty much know enough about the progress being made at Eagles training camp— which at least for now appears acceptably competent.

Despite a pair of early drops by receivers, QB Jalen Hurts was able to lead the offense to points during the first series of the exhibition opener. While the majority of the Eagles’ offensive starters only played two series, Hurts and the rest of the group seemed to find some semblance of rhythm in the passing game.

The Eagles’ starting defense was limited to just one drive, but the group forced the Steelers’ offense — led by backup QB Mason Rudolph — off the field in a hurry during Pittsburgh’s opening drive. Defensive tackle Javon Hargrave was particularly impressive, as he forced regular pressure on the opening series.

The Eagles took a 16-7 lead into halftime, and the deep reserves took over from there.

Hurts has been a mixed bag throughout the summer in practice. Thursday, he looked confident and competent.  On the first play of his first-ever preseason game, Hurts escaped the pocket to his right and found TE Zach Ertz in space for seven yards. On the next play, he tossed a beautiful ball down the right sideline to fellow TE Dallas Goedert. Goedert ran the out-route perfectly and Hurts hit him on the money for the best throw of the night and a gain of 34 yards.

Hurts then threw to a comeback route by WR Jalen Reagor, but the ball was a tad behind him. Still, the ball went through the hands of a Reagor for a drop. Hurts attempted to connect with Ertz again over the middle but the tight end let the ball bounce out of his hands for a drop. The Eagles were forced to settle for a 47-yard field goal from kicker Jake Elliott following a promising start by Hurts.

Hurts received a second drive and while he connected with Ertz for a first down on a toss across the middle, the Eagles were unable to keep the drive moving after a new set of downs. A scramble by Hurts on third down came up short and the Eagles were forced to punt.

Hurts took some deep shots, and he looked accurate for the most part. He also showed accuracy on intermediate throws, which has been a concern throughout his college and short NFL career. His mobility was also present in the pocket and on the run. It was a good initial outing for the Eagles’ first-team QB.

Quez Watkins has been the talk of the Eagles’ offense this summer. He’s constantly making impressive plays in practice, including a pair of deep touchdown plays during The Linc practice on Sunday.  Against the Steelers, Watkins showed off his dynamic burst. After failing to connect with Hurts on a “go” route during the second drive of the game, Watkins came back with an explosive 79-yard touchdown play on the next series.

With backup QB Joe Flacco replacing Hurts, Watkins was targeted on a screen pass in the slot. Watkins caught the pass and put on the jets — similar to his screen TD against the Arizona Cardinals last year — and took the ball all the way to the end zone as The Linc erupted.

The second-team offensive line featured Opeta and Driscoll at the guard spots, Brett Toth at left tackle, Nate Herbig at center and Matt Pryor at right tackle. Both groups did a relatively good job of protecting the QBs.  Opeta’s starting at left guard gave the Eagles the opportunity to check out Herbig at backup center. With Kelce getting up there in age and left guard Isaac Seumalo out with injury, Herbig is likely the primary backup in the middle. Opeta and Herbig are favorites of OL coach Jeff Stoutland.

The Eagles defensive front seemed to struggle to take down Steelers’ first-round RB Najee Harris in the first quarter. Harris slipped through several tackle attempts, including ones made by Barnett and LB Eric Wilson. It might just be a blip or Harris’ talent, but the Eagles’ run-stopping is worth monitoring in the preseason.

There are a hundred other details worthy of observation, but the game was truly just an exalted practice for both teams.  EYE say it was an overall excellent experience for the core of the team, especially since no injuries of any serious consequence resulted.  Chalk it up as a W for the new regime, even though it’s recorded as a loss.