Five Packers Veterans On the Roster Bubble Entering the Preseason 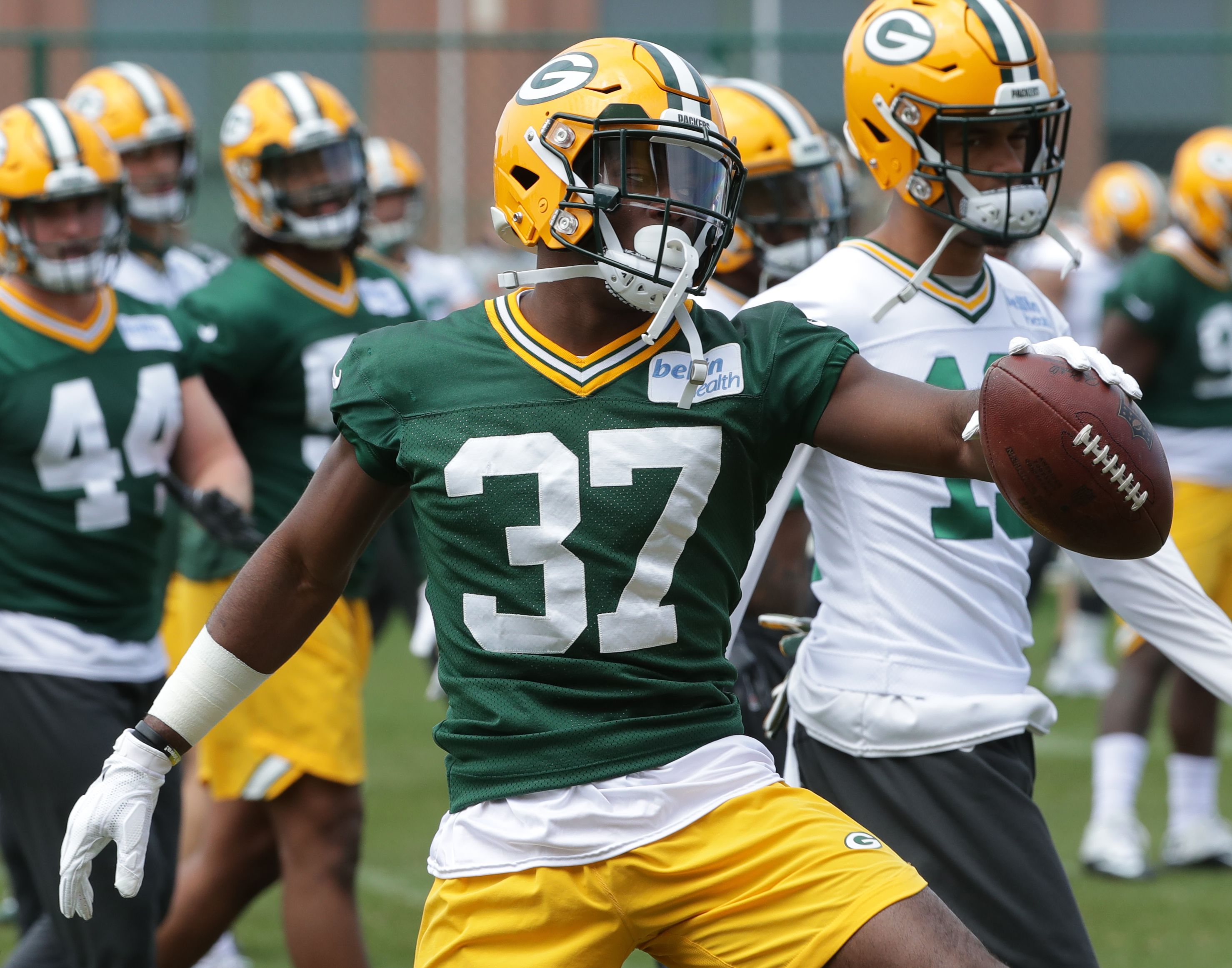 Five Packers Veterans On the Roster Bubble Entering the Preseason

The Green Bay Packers have been in training camp for more than two weeks now and the first preseason game of 2021 is just ahead. The Packers are expected to be contenders again this season and are considered one of a handful of teams with a realistic chance to represent the NFC at the Super Bowl.

Burks is presently listed with the second string players on the Packers unofficial depth chart ILBs along with Ty Summers. While the Packers selected the former Vanderbilt star in the third round in 2018, he has yet to prove to the coaching staff that he can play a significant role on defense.

Last season, Burks played just nine percent of the team’s defensive snaps despite playing in all 16 games. The addition of De’Vondre Campbell makes it less likely Burks will see a lot of playing time on defense this season.

Burks’ best chance of staying on the roster is his solid play on special teams. However, the Packers may have younger, cheaper alternatives on the roster who may have more upside on defense in a few years.

Burks will have to show something in the preseason to keep his roster spot.

Injuries, illness and inconsistency have hampered Sternberger’s progress since the Packers drafted him in the third round of the 2019 NFL Draft.

In his first two seasons, Sternberger has caught a total of 12 passes for 114 yards and one touchdown. He has played a total of 18 regular season games over those two campaigns.

The other issue facing Sternberger is that he has been suspended for the first two games of the regular season for violating the NFL’s substance abuse policy.

Sternberger has had some strong practices in training camp so far. That, his draft status and his natural speed and talent are working in his favor.

Sternberger will probably make the final roster although he will need a strong showing in camp and preseason to earn that distinction.

St. Brown has also had his issues with injuries and inconsistency but he has also showed flashes of ability in his first two seasons with the Packers. Unfortunately, he spent all of 2019 on the injured reserve and did not play.

The recent addition of Randall Cobb makes it even tougher for St. Brown as the Packers have five wide receivers who are almost locks for roster spots in Davante Adams, Allen Lazard, Marquez Valdes-Scantling, Cobb and rookie Amari Rodgers. That means St. Brown is fighting for one spot with six other talented players.

St. Brown has missed time in training camp due to some nagging minor injuries. He also had some bright moments early in camp.

With the crowd at receiver, St. Brown may be on the outside looking in when final roster cuts are made.

Like St. Brown, Funchess is in a tough fight with the crowded roster at wide receiver. When the Packers traded for Cobb, things got tougher for Funchess from a numbers standpoint.

Funchess looked good at the team’s Family Night scrimmage last Saturday and his size and experience are definite assets for the former Michigan star.

With five receivers all but locked in, however, the Packers may look for a player who can contribute more on special teams to fill the final receiver spot.

Josh Jackson was the Packers second round pick in 2018. The Iowa alum struggled in the NFL due to his overall lack of speed. His best season was his rookie year when he played 68 percent of the team’s defensive snaps.

By the end of 2020, Jackson was a healthy scratch for four of the Packers six final regular season games and both postseason contests. In three NFL seasons, Jackson has yet to intercept a pass although he did score a special teams touchdown in 2018.

This is Jackson’s last chance to show he can be a reliable defensive back. He needs to have a strong preseason to stay on the roster in 2021.