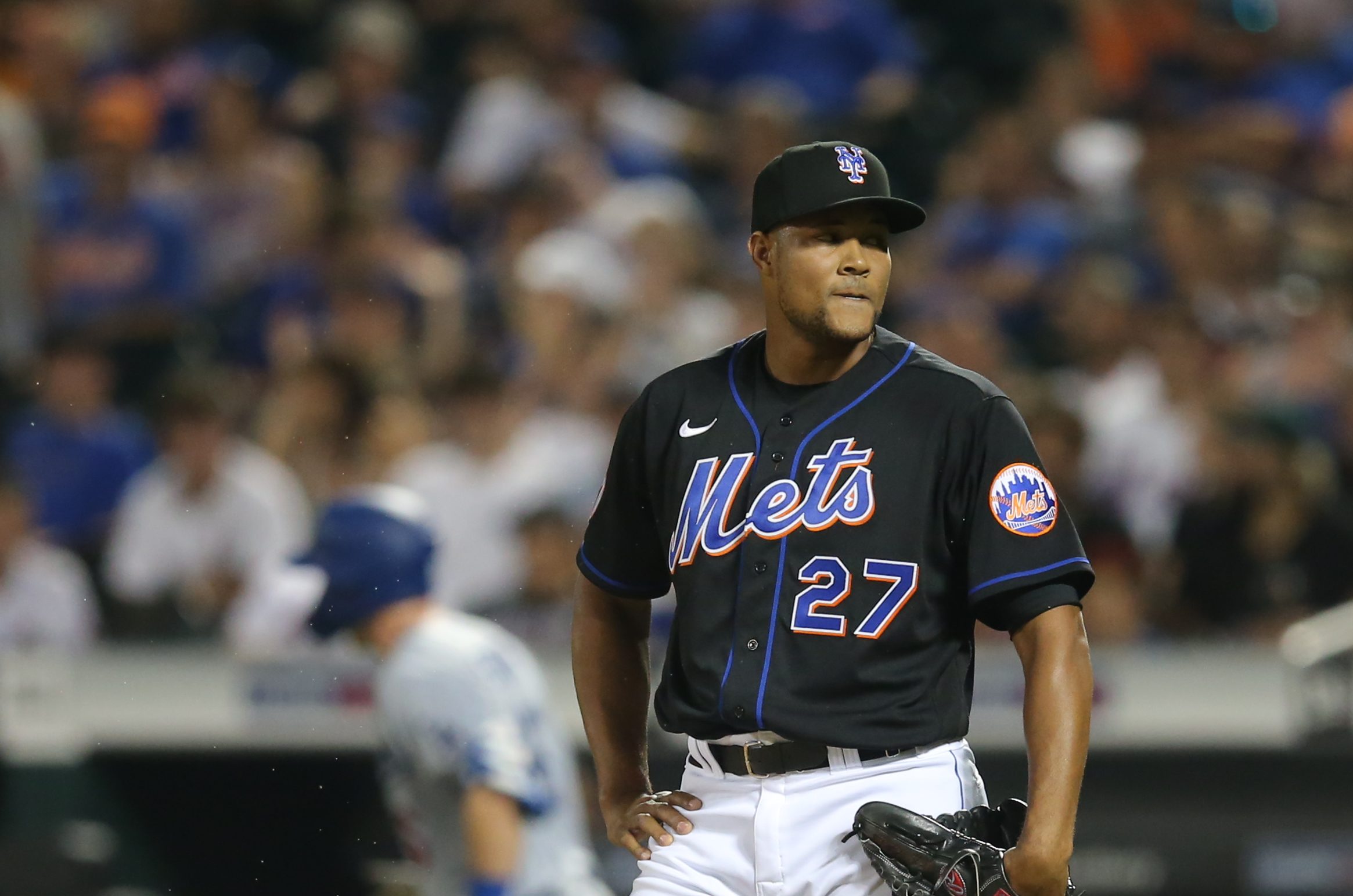 We had the theater of the obvious, which was Luis Rojas’ righty heavy lineup against Julio Urias. It was the same sort of lineup that he used against Ranger Suarez last Saturday. The problem with this righty heavy lineup is that besides Javy Baez, who is hurt now, the righty lineup doesn’t scare anybody. So if they’re doing that against Suarez, then chances are he’s not lasting that long. And if they’re doing it against a good lefty such as Julio Urias, then that lineup is going to have a tough time anyway, as they did on Friday when they only mustered two lonely hits and two lonely walks off Urias in five innings. Not to mention that when you start Brandon Drury and subsequently sub out of the game after five innings, you’ve lost your secret weapon off the bench. (And why is Brandon Drury hitting third, anyway?)

The the other theater of the obvious, which was Jeurys Familia giving up the game losing home run against the Dodgers as Will Smith’s leadoff two run homer (yeah, still sounds weird) was the margin of victory for the Dodgers in a 6-5 slog at Citi Field. (And yes, it was a slog. It was freakin’ hot out there, and a four hour 18 minute game that only lasted ten innings? It was certainly the opposite of “crisp”, which I think is “slog”. That’s what I’m going with.)

But if the Mets hope to survive against the Dodgers and Giants this week and next, there are things that the players on the field need to clean up. The Dodgers had scored their first two runs on an RBI double by Corey Seager in the first, and a sac fly by Will Smith in the third to give the Dodgers a 2-0 lead. Then, there were fatal mistakes, easily avoidable, which led to the next two sac flies for the Dodgers. First, with runners on first and second with one out, Julio Urias is giving up his at-bat by squaring to bunt … and Tylor Megill hit him with the first pitch … a changeup. Not that I know what the hell I’m talking about (I really don’t), but it seems to me that if a pitcher is giving up an at-bat with a sac bunt, it’s best to not get fancy with changeups and just throw him high hard stuff, so maybe he’ll pop up the pitch. But he messed around with a changeup and it cost him. It led directly to Trea Turner’s sac fly to make it 3-0. 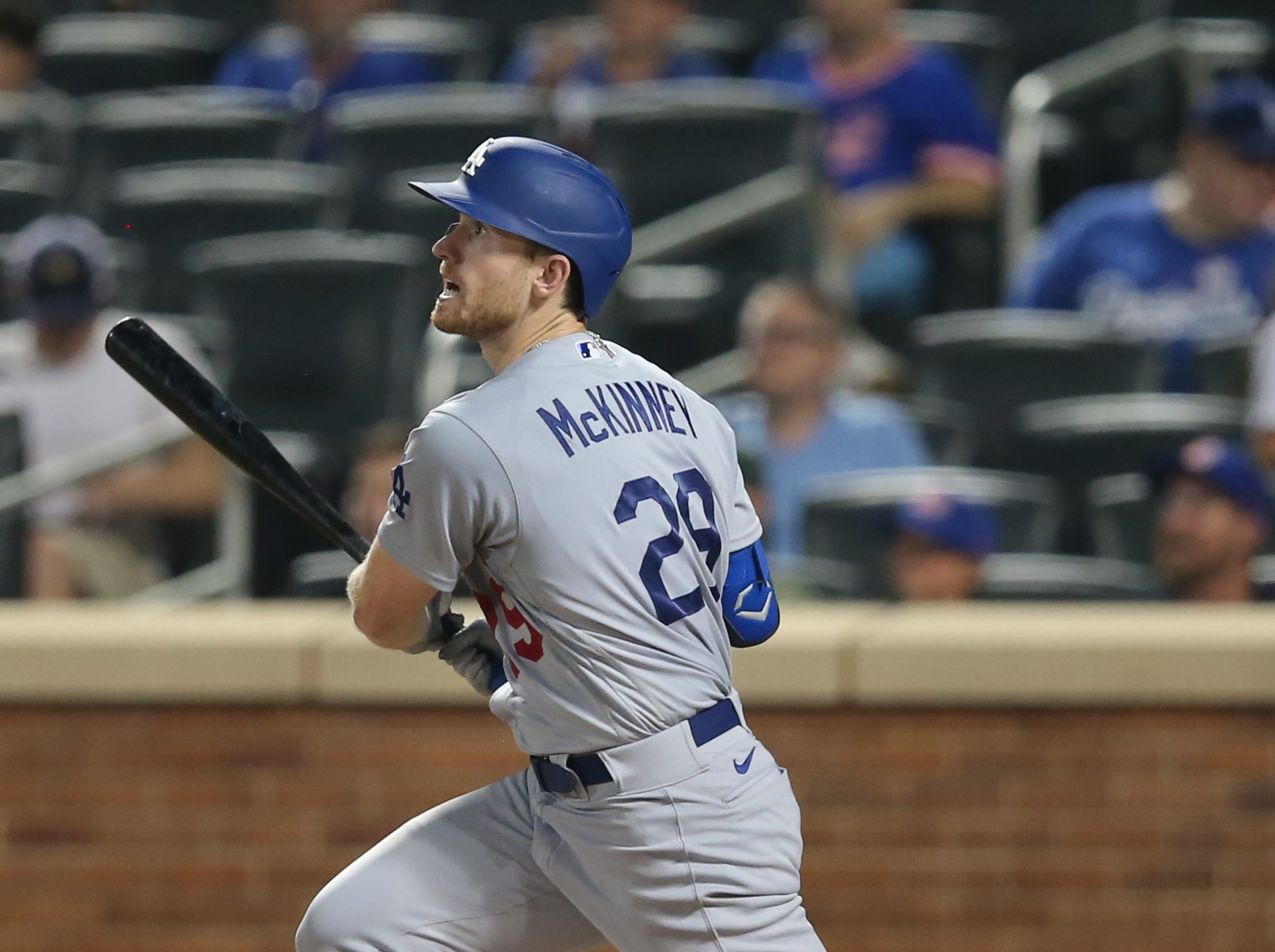 But as unfortunate as the HBP to Urias was, it was merely unfortunate. The next fatal mistake was less unfortunate and more inexcusable. Sixth inning, Drew Smith is in the game after Megill nursed through the fifth. Smith gives up a double to Chris Taylor, But then strikes out Cody Bellinger for the first out. Great, except that James McCann’s throw back to the pitcher sailed over Smith’s head to let Taylor go to third. Next batter? You guessed it, a sac fly by our old friend Billy McKinney make it 4-0.

That extra run on that ridiculous mistake was huge, as the Mets came back out of nowhere in the 7th, scoring four runs to tie the game after two outs and nobody on. This game should have never gotten to the 10th inning, never should have been decided on a leadoff two run home run. Errors happen, and if the run had scored because J.D. Davis (for example) booted a ground ball, well that stinks, but it happens and you have to live with it. Even hitting a pitcher who is squaring around to bunt, while a terrible decision, happens. And you have to live with it even though it makes the margin for error down to nil.

But you can’t screw up a throw back to the pitcher.

It cost the Mets dearly. While the Phillies were pummeled by the Reds, the Braves beat Washington after a rain delay of some three and a half hours to regain first place. The Mets had a golden opportunity to get these two weeks of hell off to a great start, but threw it away.