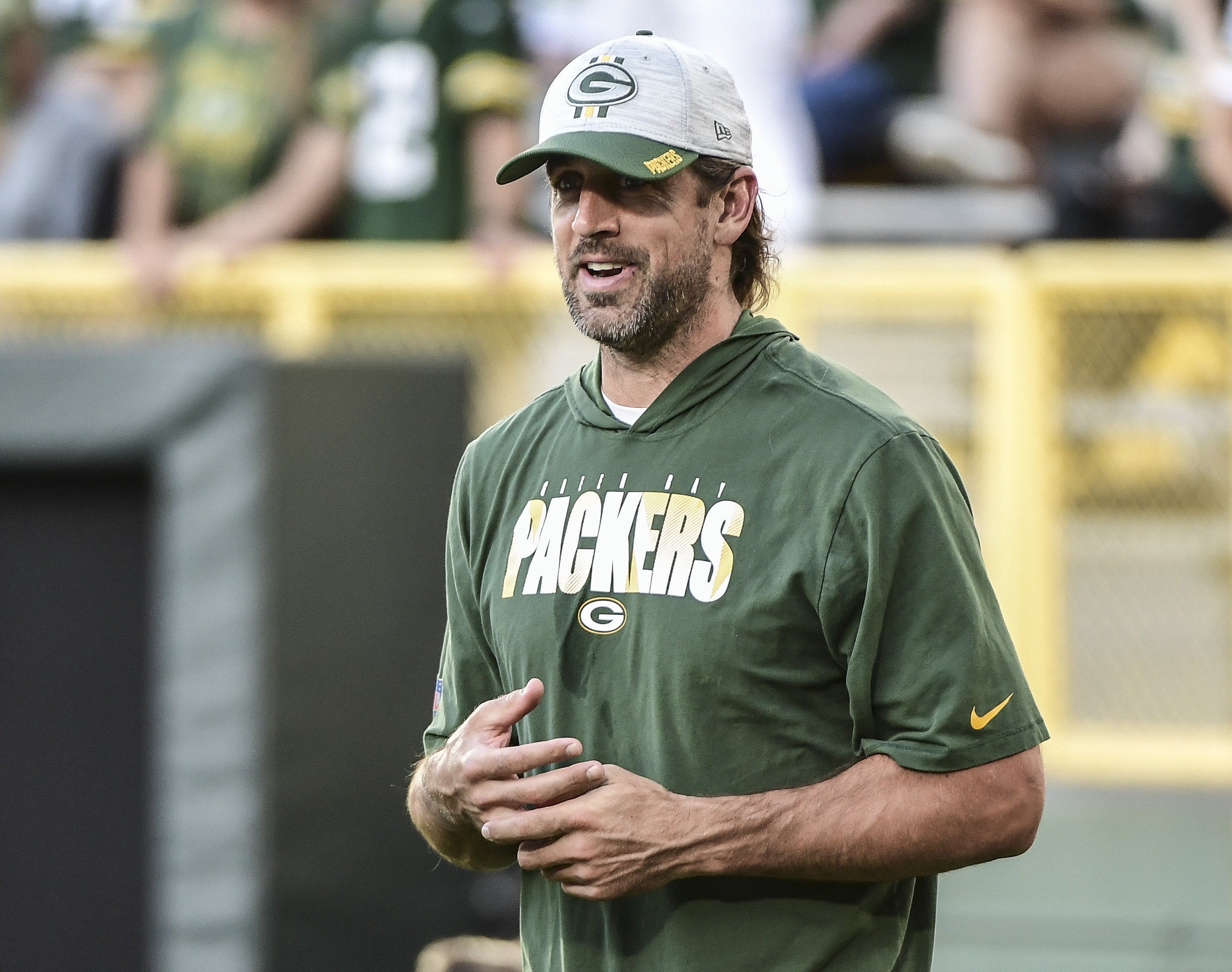 Aaron Rodgers is a great quarterback. In fact, the reigning NFL MVP is one of the greatest players ever to play the position and a sure fire lock to be a Hall of Famer in his first year of eligibility. While any NFL team would be thrilled to have Aaron Rodgers as their quarterback, I don’t think too many teams would want Rodgers to be their general manager.

Rodgers had a turbulent offseason this year and the relationship between the Packers front office and their franchise quarterback was strained. The former Cal star stayed away from OTAs. Rodgers later admitted he thought about retiring and wanted to be traded. In the end, he reached an agreement with the Packers to play for them again in 2021 and reported to training camp on time.

One thing Rodgers said was that he wanted more input into the team’s roster decisions going forward. GM Brian Gutekunst agreed to consult with Rodgers but would not give him decision making powers.

It was Rodgers who was behind the Packers recent reacquisition of wide receiver Randall Cobb. Gutekunst admitted that was not something the front office was considering but to keep their quarterback happy, they were willing to bring back the former Kentucky star who played for the Packers between 2011 and 2018.

But then, this weekend, Rodgers and other veteran teammates posted on social media that they wanted the Packers to bring back former Packers outside linebacker Clay Matthews.

Matthews was an all-time great Packer and spent 10 seasons in Green Bay from 2009-2018. The former USC star earned Pro Bowl honors six times with the Packers and was named All Pro in 2010. He had four seasons with 10 or more sacks and is officially the team’s all-time sack leader with 83.5.

But Matthews is 35 years old now. He sat out all of 2020 because no NFL team signed him after the Rams let him go after just one season in Los Angeles. Yes, Matthews had eight sacks for the Rams, but he had seven in his first six games and then just one in his final seven contests. It was clear by the end of the 2019 campaign that Matthews was far from the Pro Bowl player he was in his prime with the Packers.

Re-signing Matthews really doesn’t make sense of the Packers right now. The old adage in the NFL is that it’s better to release a player a year too early rather than a year too late. The Packers chose not to sign Matthews to a new contract after the 2018 season and let him go as a free agent.

That offseason, the Packers added three quality edge rushers. They signed free agents Za’Darius Smith and Preston Smith and then used their top pick in the draft to add Michigan’s Rashan Gary. That gives Green Bay solid depth at the edge and the potential to have one of the better pass rushes in the league when you factor in potential pressure from linemen like Kenny Clark and Kingsley Keke.

Adding Clay Matthews may be a great move for sentimental reasons and it may make Rodgers feel more comfortable having one of his good friends back on the roster, but there are a lot of questions as to whether Clay Matthews can make the Packers better in 2021. At the very least, he would take a roster spot away from a younger player who has the potential to contribute to the team in the future.

What appears clear is that Rodgers is having difficulties dealing with the business side of football. It is a contradiction that has been a big part of the game especially since the introduction of the salary cap. On the one hand, being teammates with another player creates a bond that people often share for a lifetime. On the other hand, the finances of the game often cause those relationships to be cut short before players would like them to be.

The ending of these relationships can be cold and harsh, but if you want to keep an NFL team competitive over the long run, tough decisions must be made and some more expensive veteran players need to be let go or cannot be re-signed when their production no longer matches their salary. This helps keep the team in the best possible position to win.

Rodgers made a list of players he felt the front office mistreated. There were a dozen players on that list. While many of them were leaders in the locker room and people Rodgers liked and respected, in nearly every case, management made the right move to keep the team a contender over the long haul.

As in any business, sometimes you can’t hire your friends at key positions when other people can clearly do the job better if you want your business to prosper.

Right now, Aaron Rodgers is one of the league’s elite quarterbacks. But I wouldn’t want to hire him as my general manager any time soon.