Eagles and Patriots square off in a game of don't tell 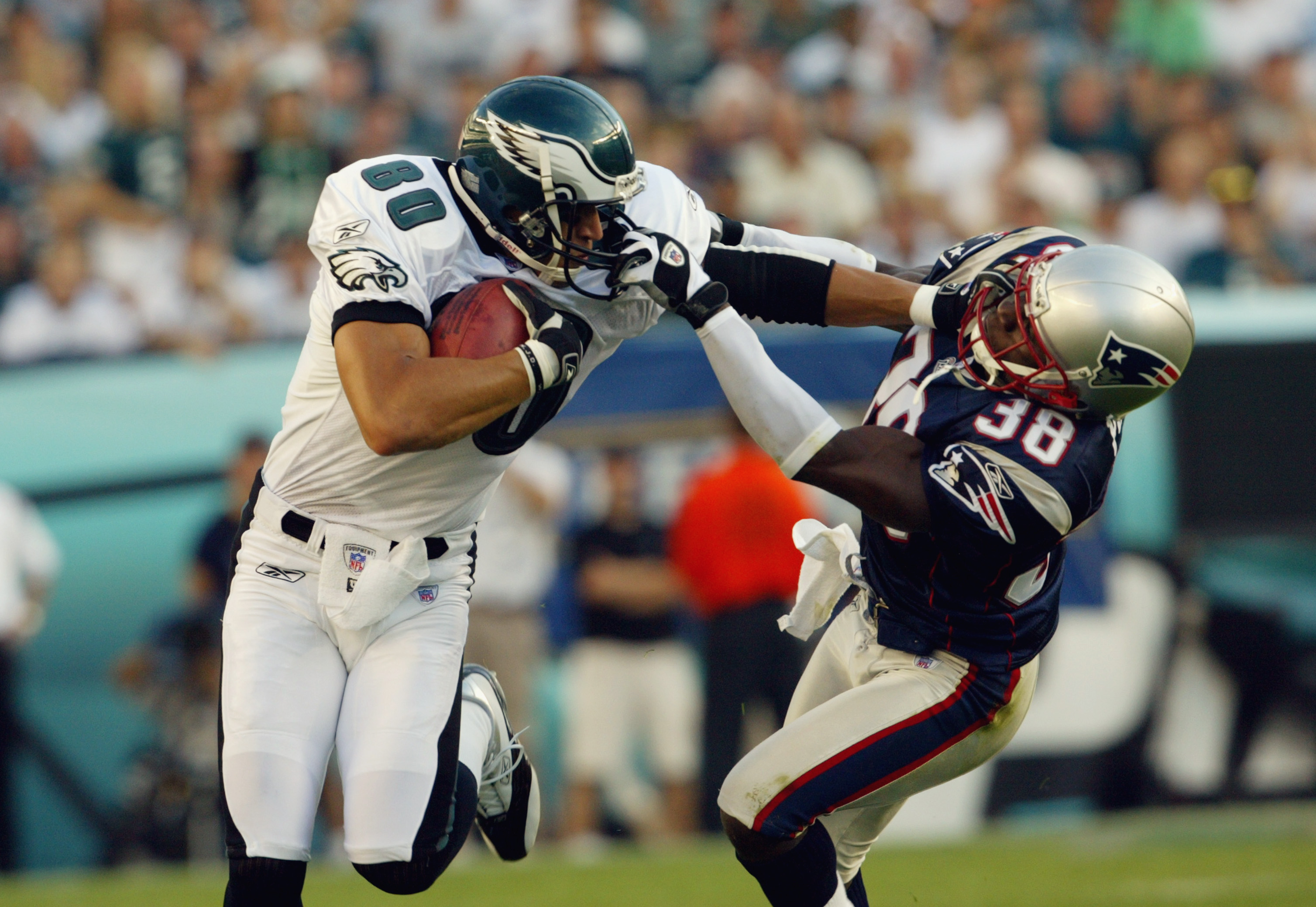 Eagles and Patriots square off in a game of don't tell

It’s a time to check quality of operational systems, but no time for either team to reveal trade secrets…

This Thursday night (7:30 pm EST) the Eagles will host New England in the second of a 3-game preseason.  So the normal prep time we’re used to in a 16-game season has evaporated.  If you’re a bubble player and you’re gonna make the opening day active roster, this one game is your best shot.

And for that reason among others, we can expect both coaches on both teams to hold their best players and their best playbook options very close to the vest. This will be a game of don’t show, don’t tell.  They’re going to keep it as straightforward and physical as possible without completely alienating their television audiences.

First some housecleaning… the Eagles announced three roster moves on Tuesday to get to the league-mandated 85-player limit ahead of the 4 PM deadline. The team waived running back Kerryon Johnson, center Luke Juriga, and tackle Casey Tucker, all with an injury designation. If they clear waivers, they will revert to the Eagles’ Injured Reserve list.

The Eagles now have 86 total players on the active roster, but have an international exemption for defensive end Matt Leo.  Johnson was claimed off waivers by the Eagles in May. The former second-round pick of the Lions in 2018 was sidelined with a knee injury.  Juriga suffered an undisclosed injury during Monday’s practice. A rookie free agent in 2020, Juriga played in 13 games as a rookie. Tucker originally joined the Eagles as a rookie free agent in 2019. He returned to the team during the 2020 season and played in six games with one start. He was out with a biceps injury.

As for the final practice session between the two teams, we will focus on the defensive side of the ball for the Eagles, since we looked primarily at the Birds’ offense last time.

Here are some of Mike Kaye’s observations from NJ.com:

“Monday, the Eagles’ second-team defensive backs got roasted by Nelson Agholor and N’Keal Harry in individual work. Tuesday, that wideout duo was mostly kept in check during 1-on-1 work.

Agholor battled CB Darius Slay to a 1-1-1 tie. Agholor drew a holding penalty on the initial red-zone rep, then Slay forced an incompletion, and then, in the final rep, Agholor broke free on a smooth combo route but failed to haul in the wide-open catch. He then kicked a nearby trash can in frustration.

Harry caught his first individual rep in the end zone against CB Zech McPhearson. Later, cornerback Michael Jacquet, who was outdueled all day on Monday, forced a pass breakup on Harry in the end zone.

However, in team drills, the secondary struggled. Patriots QBs Cam Newton and Mac Jones looked a bit sharper in red-zone work than they had the day before.

“Newton earned some playful teasing from Eagles safety K’Von Wallace, who noticed the veteran quarterback likes to dump off the ball to running backs frequently. That said, Newton made a couple of nice throws for touchdowns during 7-on-7 work. At one point, Agholor shimmied open in the end zone against Jacquet, and Newton found him for a touchdown.”

Jones had a bounce-back day. He connected with receivers on two impressive touchdown passes in the red zone. First, he completed a beautiful ball to RB James White on a wheel route for a touchdown. Scott was trailing White by at least a couple of paces on the score. Later, Jones hit TE Devin Asiasi for a short touchdown.

The second of the three 7-on-7 drills was dominated by the Patriots’ offense.

The Eagles’ linebackers have stood out in coverage this summer. Against the Patriots on Monday, Eric Wilson essentially sealed first-team reps with a pick. Tuesday, T.J. Edwards and Alex Singleton got in on the action.

First, Edwards made an impressive leaping interception off a Jones throw in 7-on-7 red-zone drills. The ball floated and Edwards leaped over everyone in the area for the pick in the end zone. Edwards has been surprisingly active in the passing game during practices this summer. He has a handful of pass breakups/interceptions to his highlight reel.

“Later, towards the end of 7-on-7 work, Singleton, who dropped a pick on Monday, made a diving interception catch off a Brian Hoyer throw. Singleton was basically laying on the field when he reached out and grabbed the ball for the turnover. Singleton has been one of the best players on the field since returning from the reserve/COVID-19 list last week.”

Injury updates:  The following players were limited on Tuesday:

* Hightower, Smith and Wallace all took part in team drills for the first time since they were injured.

* Patton was a new injury.

The following players didn’t practice and are listed as day-to-day:

* Barnett, Elliott, Hargrave and Juriga were all new injuries.