Packers Trade of Josh Jackson Made Sense for Both Sides 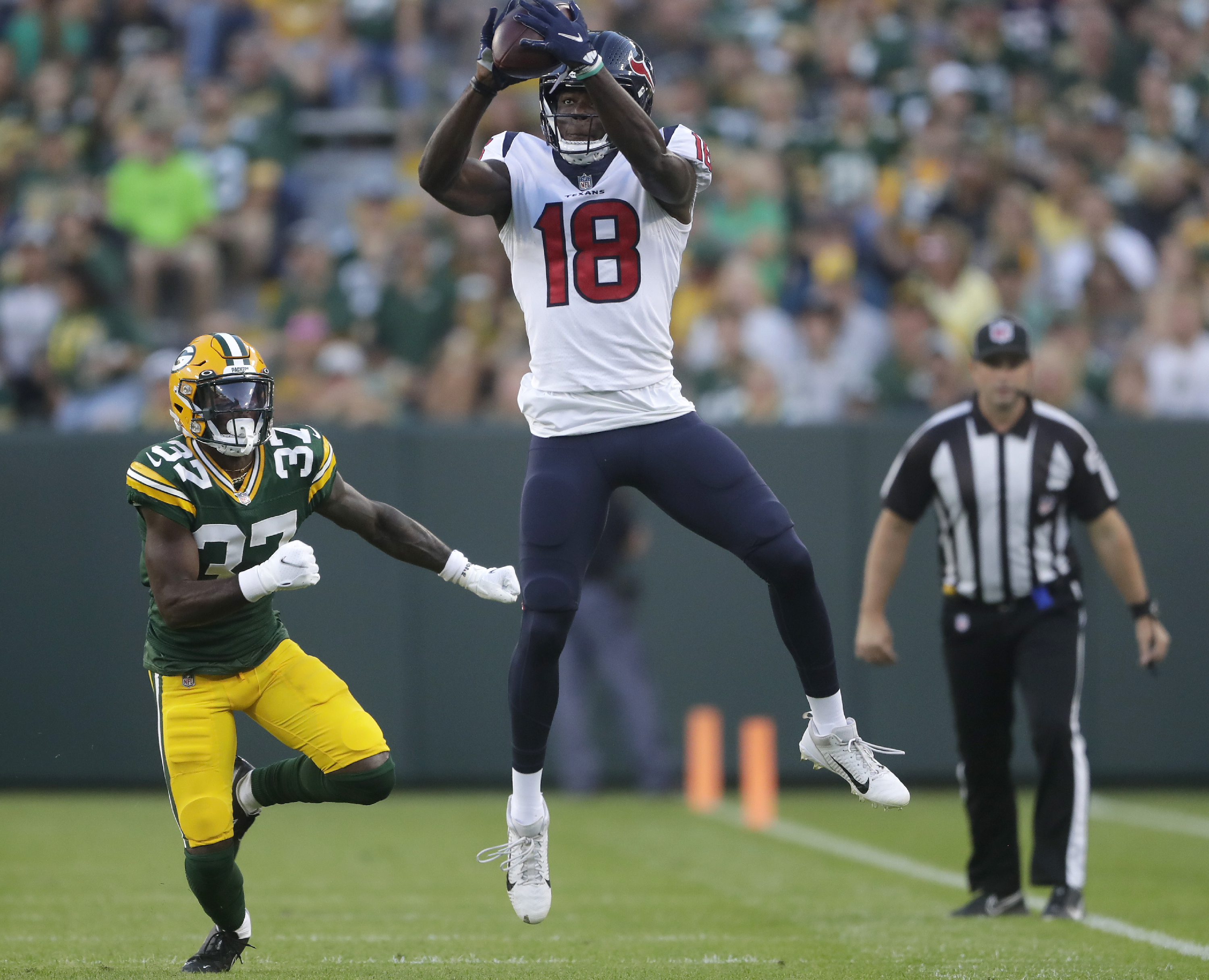 Packers Trade of Josh Jackson Made Sense for Both Sides

The Green Bay Packers traded cornerback Josh Jackson to the New York Giants on Tuesday for cornerback Isaac Yiadom in a player-for-player deal. The deal gives both players a much-needed change of scenery and a chance to start over on a new team.

Jackson has been a disappointment for the Packers since they selected him in the second round of the 2018 NFL Draft. The former Iowa star was considered a first-round talent by many scouts after his impressive final year in college, but he was never able to build on an uneven rookie season and by the end of 2020, he was a healthy scratch in four of the team’s final six regular season games and both postseason contests.

This past Saturday, Jackson was victimized consistently by the Houston Texans and he allowed seven receptions to be completed against him for 91 yards. Jackson seemed to be playing a soft coverage and receivers were able to use the cushion he gave them to pick up key first downs, even in third and long situations.

Jackson’s best year was 2018 when he started 10 games as a rookie and broke up 10 passes. He was in on 49 total tackles and scored a special teams touchdown when he recovered a blocked punt in the end zone in Week 2 against the Vikings at Lambeau Field.

Still, Jackson struggled in coverage. According to pro-football-reference.com, opposing passers completed 62.5 percent of their passes against Jackson in 2018 and had a quarterback rating of 106.1. That was his best season of the three he spent in Green Bay. The last two seasons have been even more of a struggle for Jackson. He didn’t start any games in 2019. Last season, he started five games when Kevin King was out of the lineup with injuries but by the end of the year, he was a healthy scratch and wasn’t seeing the field on defense.

Because of his lack of speed, Jackson never really found his way in the NFL. He never developed the confidence that a quality cornerback needs to have to be successful in this league. In 42 games with the Packers over three seasons, Jackson never intercepted a pass. He was in on 86 total tackles and broke up 12 passes, forced one fumble and had one fumble recovery.

There was hope that the zone heavy scheme of new defensive coordinator Joe Barry would give Jackson a new lease on life in Green Bay since zone coverage was his strength, but Saturday’s poor performance against Houston seemed to be the last straw for Jackson in Green Bay.

With the Giants, he can start over and hopes to get the opportunity to impress his new coaching staff and show them that he’s capable of playing better in their system. The change of scenery may give him a chance to show what he can do.

The Packers are acquiring a similar player in Yiadom. The 6’1”, 190-pound Boston College alum was drafted by the Broncos in the third round of the 2018 draft, one round after Jackson.

Both Yiadom and Jackson had similar 40-yard dash times at the combine with Yiadom clocking in at 4.52 while Jackson was timed at 4.56.

Yiadom started nine games over two seasons with Denver and struggled in his second season. He managed one interception during his rookie campaign but none over the past two years. According to pro-football-reference.com, opposing quarterbacks completed 70.4 percent of their passes in 2019 when throwing to receivers covered by Yiadom.

His stock dropped quickly and the Broncos traded Yiadom to the Giants for a seventh-round pick before the start of the 2020 season. He played in all 16 games for the Giants last season, starting 10 of them while recording a career high 46 total tackles and a half a sack. He also broke up five passes, also a career best.

Scouts liked Yiadom’s size and length when he came out of Boston College. He played mostly man-to-man in college and did his best work in bump and run coverage.  He has the size to stay with tight ends but has difficulty changing directions and can be beaten by double moves.

Perhaps a change of scenery will give Yiadom a chance to show what he can do although he is already on his third team in four NFL seasons.

The Packers have plenty of depth at cornerback right now and Yiadom won’t have a lot of time to make an impression on the coaching staff.

As for Jackson, his tenure in Green Bay will be remembered as a disappointment. This stop with the Giants may be his last chance to show he can be a productive and consistent NFL player.