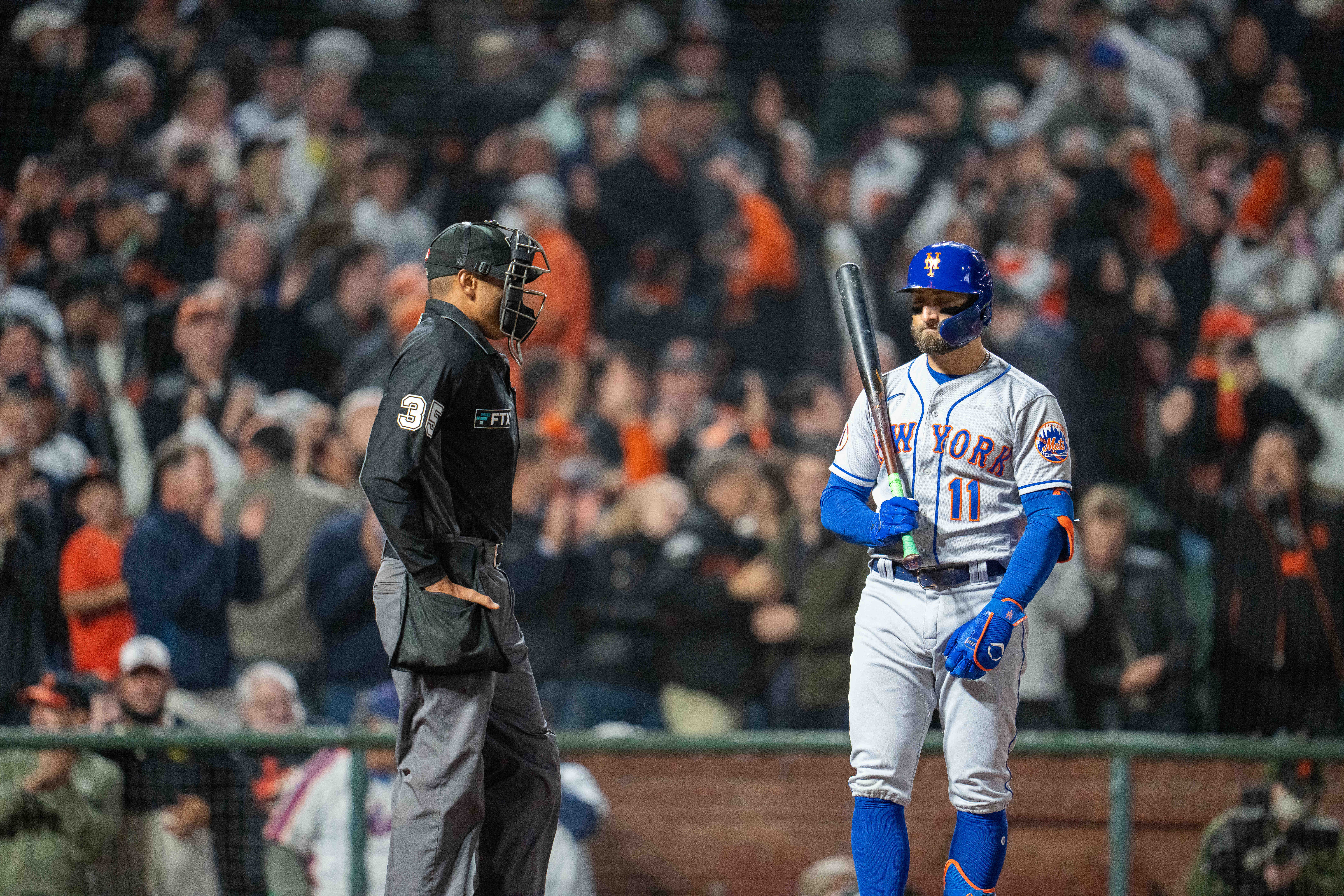 It really is impressive, in a sadistic way, how far the Mets have fallen in August. Entering the month, the Mets were four games clear of the field in the National League East. Since then, and including Tuesday night, the Mets shave gone 4-12 while the Braves have gone 12-3 to put the Mets where they are now: 4.5 games behind Atlanta for the division.

If it sounds eerily familiar, it is. Remember 2007? Yeah, I try not to either. But the Mets dropped eight games in the standings from September 13th on, going 5-12 while the Phillies went 13-4 to win the division. Eight games in 17 days. I don’t mean to open old wounds, but I bring this up to show you how impressive this collapse actually has been: The Mets have lost 8.5 games in the last 17 days. And if this had happened in the last two weeks of September, everybody would be traded and/or fired tomorrow.

They won’t be, which is good because it means that there is still time left. But that’s also the bad news as there’s six more weeks of this, and it could get way worse before it gets better. And if it does, then there is plenty of time for the Mets to fatten up on the Nationals and Marlins and then say “see, we’re not that bad, and hey … we finished strong so there is momentum going into next year.” At which point I will stick my head in the oven. 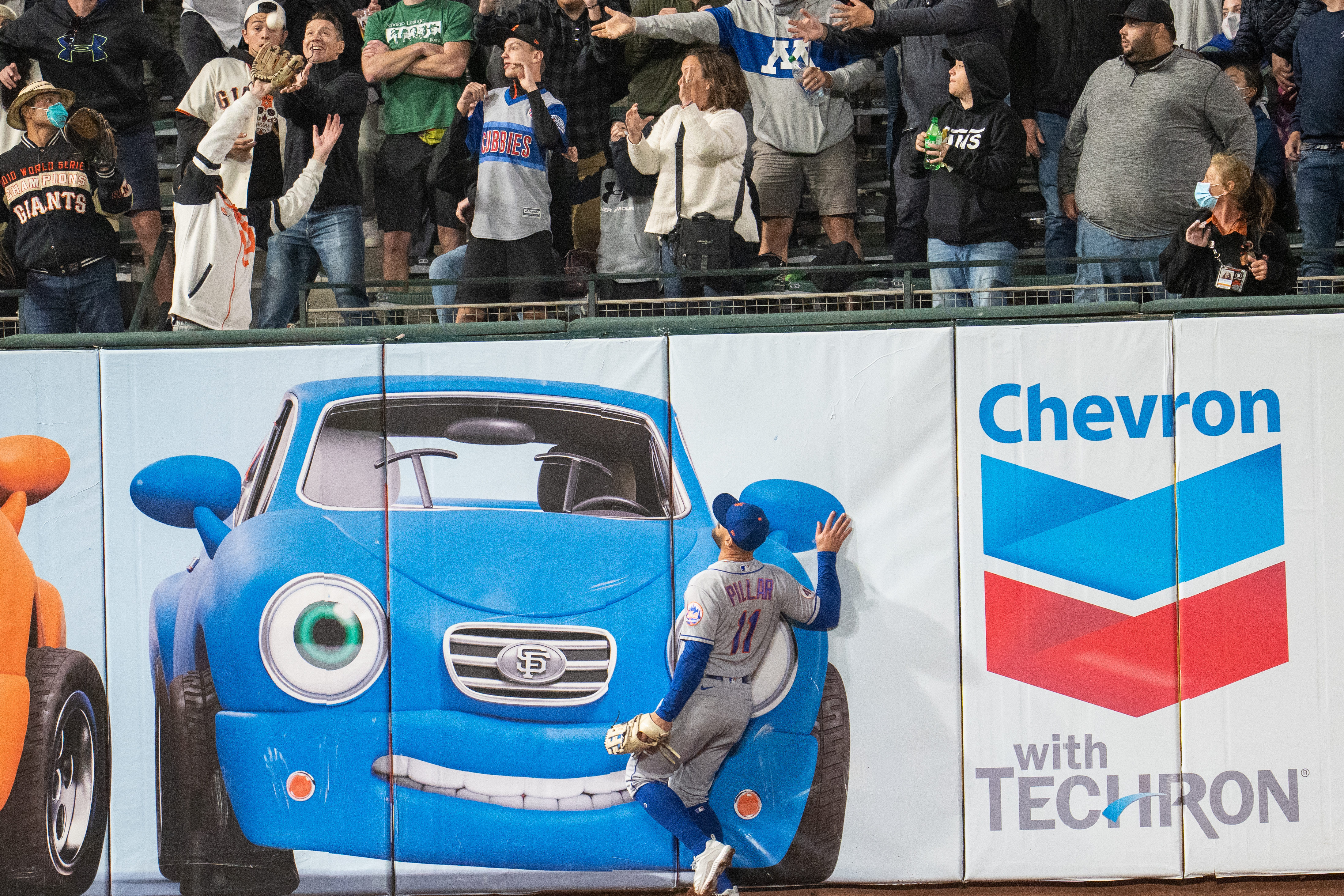 The main difference is that the 2007 Mets choked while the 2021 edition of the team is just too battered (James McCann hurt himself stretching before the game and couldn’t answer the bell with the Mets already down to Patrick Mazeika as the backup), too worn, and way too inept on offense. So much so that when Marcus Stroman gave up a two run HR to Tommy LaStella two batters into the game, it already felt like the score was 105-0. Logan Webb was threatening to throw a no-hitter after the first three innings, and I wouldn’t have been the least bit surprised.

Michael Conforto would break it up in the 4th with a one-out double off the wall, and then J.D. Davis topped one down the line to Evan Longoria at third base. Longoria threw the ball away and it rolled into a little bit of a dead area. Surprisingly, once a Giant got to the ball, Conforto was leisurely pulling into third base on a play where he could have, if not should have scored. Unfortunately, the world feed of the game didn’t show an iso of Conforto running the bases so I can’t decipher why he didn’t score, but it seemed that with Longoria coming towards home and the third base line that Conforto could have been aggressive at going to third base and perhaps scoring easily on the error. But he didn’t, and of course it bit the Mets as Jeff McNeil grounded into a double play on the next pitch. Man, I don’t want to necessarily paint it as a symptom of the Mets’ bad stretch, but jeez.

Stroman pitched extremely well from batter three on, only giving up a home run to Longoria the rest of the way as he went seven innings and gave up three runs while striking out nine and only walking two. Pete Alonso hit a home run off Webb in the top of the 8th to end Webb’s night and cut the Mets’ deficit to 3-2. But it wasn’t enough as Kevin Pillar was caught looking with the tying run on second to end the game. (Editor’s note: Pillar entered the night with an average of .164 and an OPS of .508 since June 13th, but started the game against the righty Webb because Luis Rojas is apparently whittled his in-game strategy to hopes and dreams.) 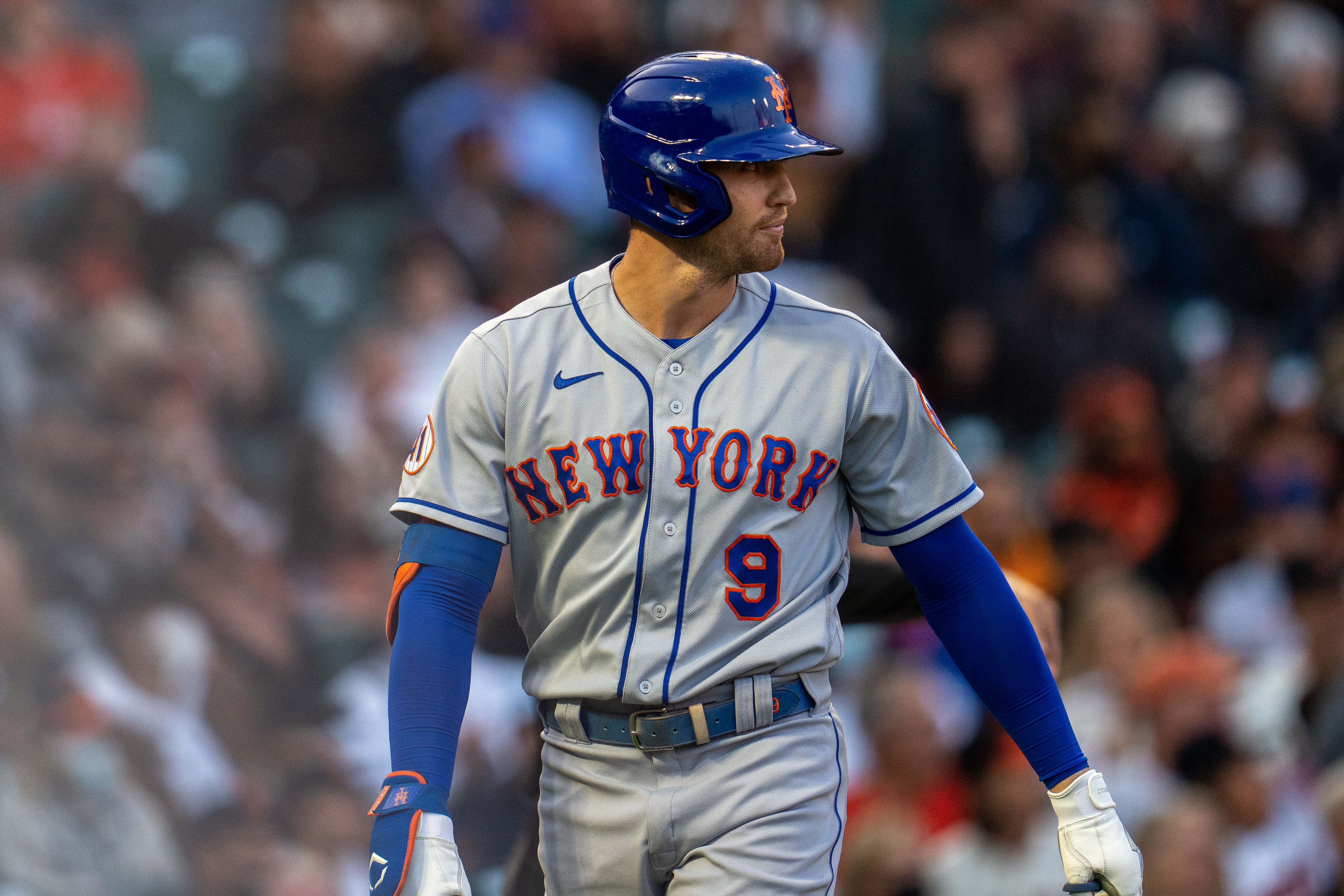 The Mets are now under .500, and I think what’s frustrating most fans now is the relentless positivity that comes from the Mets clubhouse, most notably Pete Alonso, after these losses. Anybody that thinks this is a Pete Alonso problem doesn’t really see the big picture. Alonso comes from a genuine place when he goes all kumbaya on us. But it’s what the modern athlete knows because that’s what they’ve been taught. Focus on what you can control, stay in the moment, take it one game at a time. Those wishing that somebody would come out and say “we suck right now” should probably cease from watching post game news conferences. Stroman even said it to Gelbs after a question that was moving in that direction. (Paraphrasing: “You guys are trying to get us to say something crazy, and we’re not going to do it.”) This line of thinking has permeated baseball and all of sports, and it’s not necessarily a bad thing in the big picture.

But one would hope that behind the scenes, somebody is gently reminding them that time is running out. Not with a flipped buffet table or some other contrived act of metaphorically “lighting a fire in their bellies.” Just show them a calendar for heaven’s sake. Tell them that if they think their group is as special as they think they are, then time is running out to prove it because this group as presently constituted isn’t going to have another chance because there will be changes. And if they can’t do it, that’s fine. They’re missing Jacob deGrom and their all-world middle infield. It’s understandable. I’m sure the team is trying their best and that this terrible stretch isn’t for any lack of effort. But if they really think they can pull this thing off, then it’s time to do it. Process is great, but it’s time for results. You can’t live in Candy Land the rest of the season and expect things to turn around by themselves.

Positivity is great as long as it doesn’t get in the way of honesty.