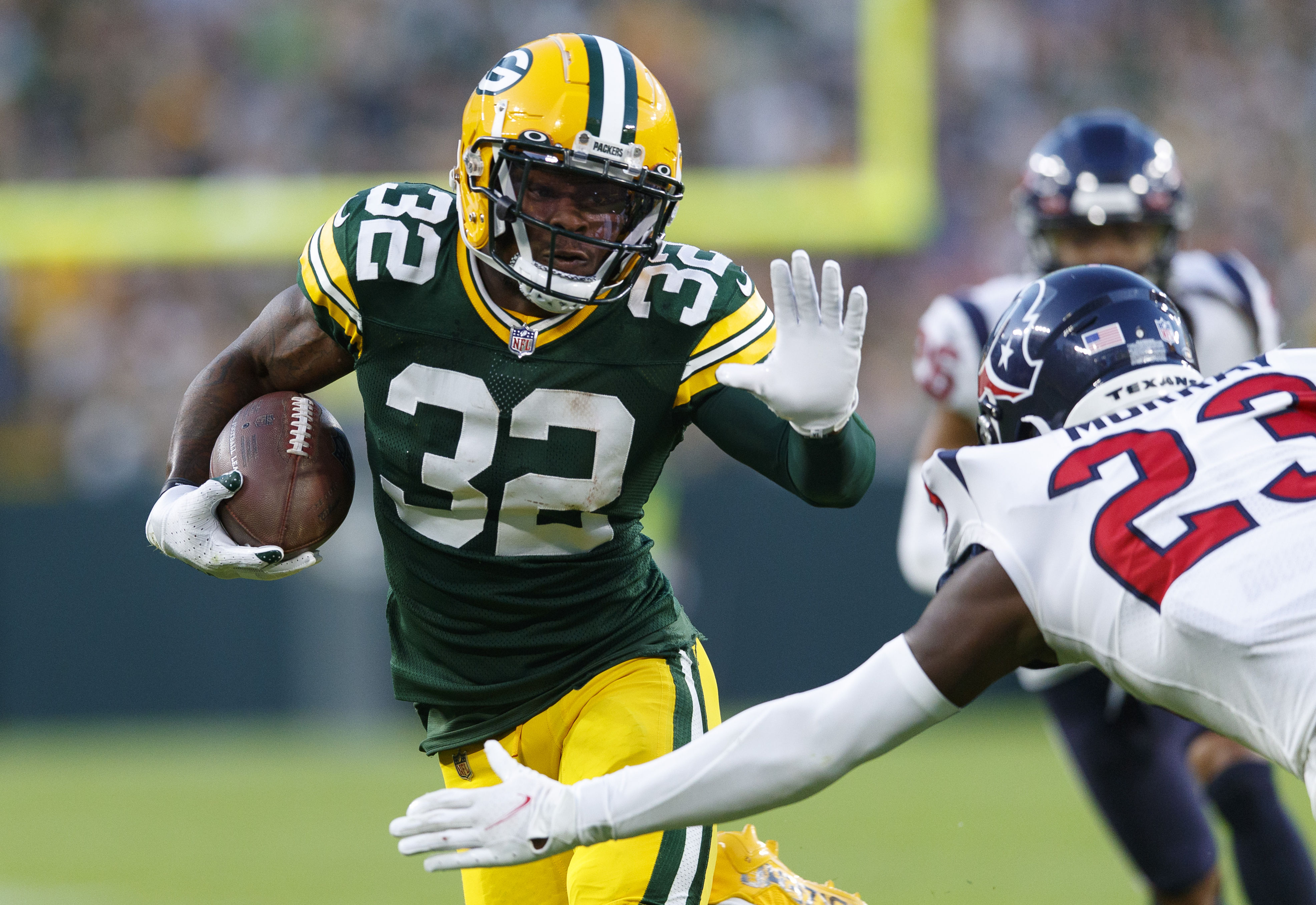 The Green Bay Packers have finished two days of joint practices with the New York Jets and are now preparing to face the Jets in their second preseason game of the year on Saturday.

With training camp passing the halfway mark and one preseason game under the team’s belt, here is an update on the status of each of the Packers 2021 draft picks so far as we get closer to the big cutdown date which is now roughly two weeks away:

Stokes has continued to work hard to make the adjustment to the NFL game. Both Aaron Rodgers and Davante Adams have been picking on Stokes in practice to make him better and the rookie cornerback has a positive attitude about the process.

He has impressed Adams who commented on Stokes’ progress on Thursday. “He’s the closest thing to Jaire as far as mentally and ability from what I’ve seen so far,” Adams told reporters after practice. “The kid is fast as hell. He can get beat and recover, kind of like how Sam Shields would do.”

“I like what I see from him. A lot of the same, like I said, mentality as Jaire [Alexander],” Adams added. “Came to me after one of the practices and was like, ‘Keep getting me better, bro. I appreciate this. I know you’re getting after me.’ It almost gave me the vibe of he was saying, ‘I can play, now. I just haven’t really played with you guys like that yet and you are two of the best in the business.’ Matt reminds him of that, too, to keep his confidence high. He can really go, so I’m excited to see how it looks when we really open this thing up.”

Stokes saw minimal action in Week 1 against the Texans but should see more playing time against the Jets on Saturday.

Myers has been mostly impressive during training camp although his play in the first preseason game against Houston was a bit disappointing.

The former Ohio State star is the frontrunner for the starting center spot and has been calling the signals for the offensive linemen throughout camp.

The Packers will be watching to see if Myers can improve this week against the Jets, especially since the entire offensive line had difficulty opening holes for the rushing attack against Houston last week.

Rodgers continues to see plenty of reps in practice and that has included some end arounds and other gadget plays. He is also the team’s leading candidate to return punts.

The rookie muffed a punt against Houston after attempting to field the ball inside his own 10 yard although a penalty wiped that play out. He needs to show he can bounce back and not repeat that kind of mistake again.

As a receiver, Rodgers has shown flashes of ability but the Packers would like to see more from him this week as they take on Jets.

After the Packers offensive line struggled against the Texans, they are shuffling the starting lineup and Newman will likely start at guard against the Jets this Saturday.

Newman has seen reps at both guard and tackle and he continues to improve his play and make progress as training camp has progressed.

The game against the Jets will be a big opportunity for Newman to stake a claim on one of the two starting guard positions for Week 1 in New Orleans.

Slaton has been impressive against the run in camp and has been a difficult obstacle for most players to move in the middle of the Packers defensive line.

Against the Texans, Slaton made a few plays and the coaching staff hopes he can make more of them against the Jets. He was credited with five total tackles which is impressive for a rookie defensive lineman.

If he continues to make progress, expect Slaton to be a part of the defensive line rotation, mostly on running downs.

Like most rookie corners, Jean-Charles has had his ups and downs in camp. The coaching staff likes his speed and ball instincts and he is expected to make the final 53-man roster out of training camp.

Expect the former Appalachian State star to see more action against the Jets this Saturday.

Van Lanen was another offensive lineman who struggled to run block in the preseason opener. The former Wisconsin star has mostly been running with the second and third string offense in training camp as he acclimates to the pro game.

The Packers need to see more from Van Lanen before determining whether he’s ready for the regular roster or if he should start the season on the practice squad.

McDuffie missed the start of training camp due to injury and has just started to practice with the team. He did not play against the Texans but hopes to see his first preseason action at Lambeau this week against the Jets.

It is still too early to say much about McDuffie’s progress but his injuries certainly set back his progress early in camp.

Hill scored the Packers only touchdown against the Texans on a screen pass that showed his elusiveness in the open field. Like most of the Packers, he struggled when running with the ball against Houston and gained minus-two yard on five carries.

The good news about Hill is that he appears to be doing a good job of route running and blitz pickup which has impressed the coaching staff. He is now the frontrunner for the third running back spot behind Aaron Jones and A.J. Dillon.