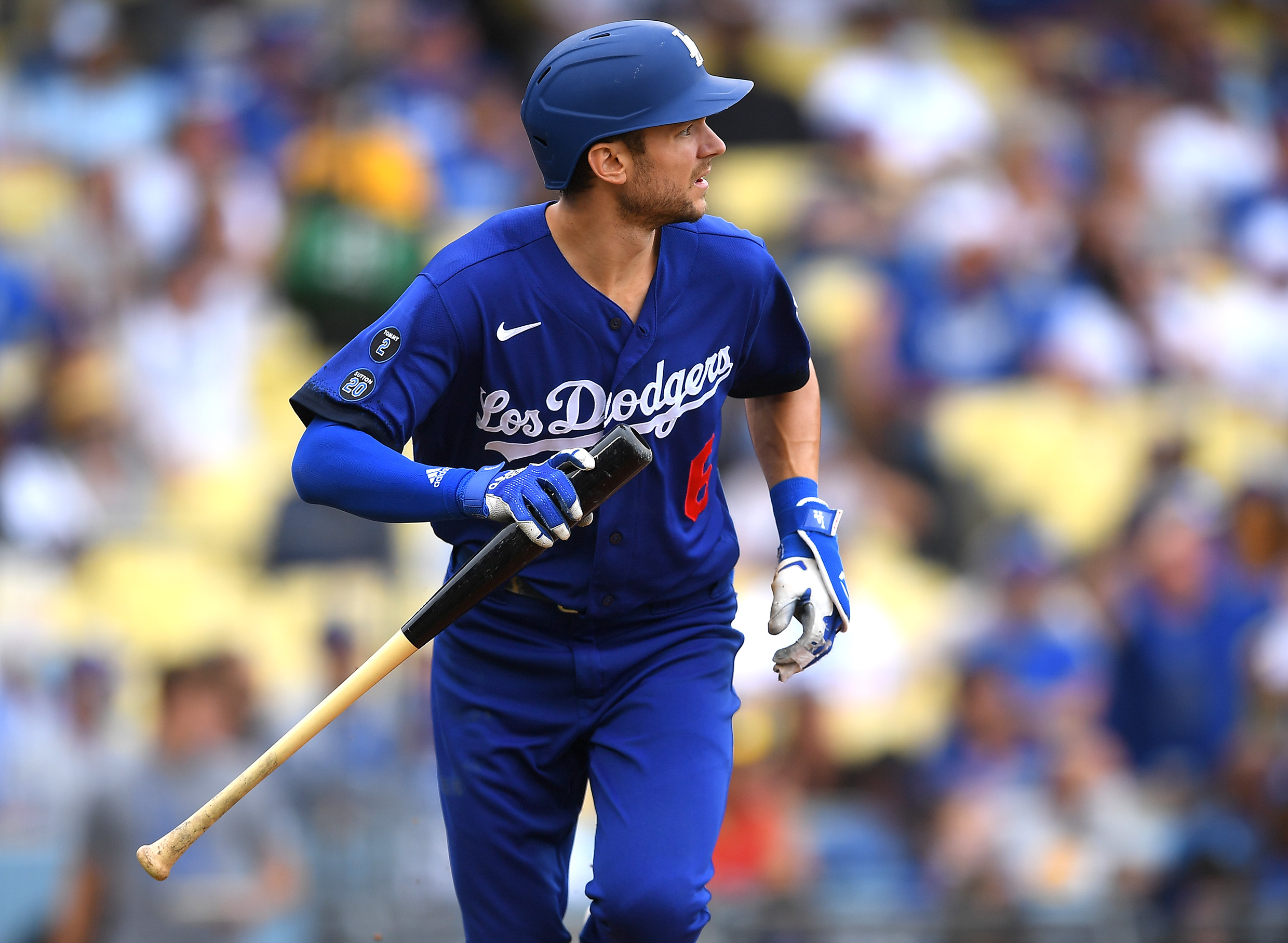 Stop me if you’ve heard this before, but the Mets lost to the Dodgers again. By one run, again. 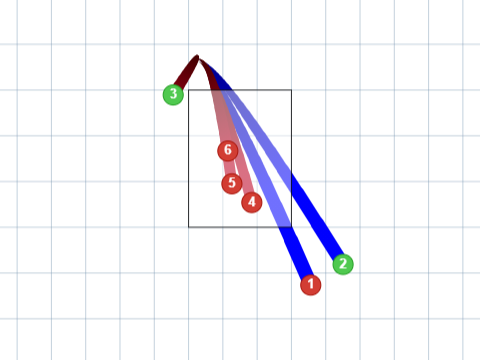 Look at the location of Pitch 1. This was immediately after Pete Alonso was hit by a pitch and Michael Conforto worked out a walk. Despite that, Davis gave Scherzer a free 0-1 count by swinging at a slider which was thrown somewhere towards La Jolla. Then after working the count to 2-1, he looks at Pitch 4 for strike two. Look at the location of Pitch 4, and now look at J.D.’s heat map for this season: 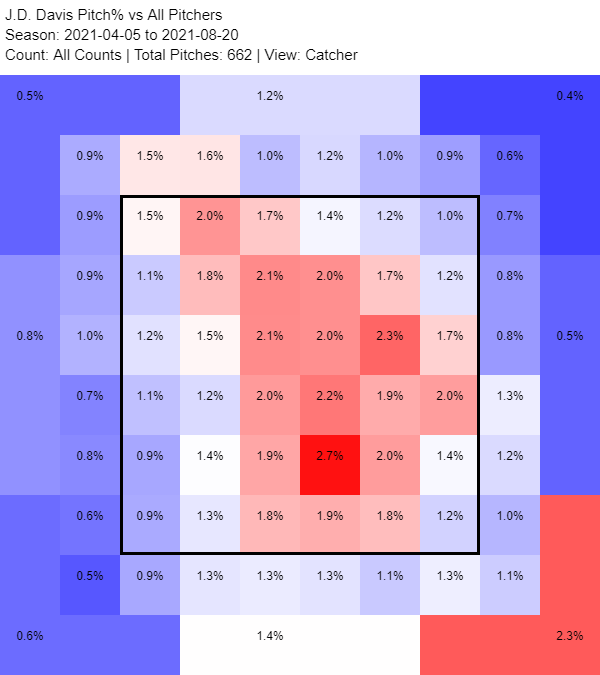 He loves that spot. And he let that pitch go. This is the microcosm of the Mets 2021 offense.

Pitch 5 was fouled off and Pitch 6, a 96 mph fastball, was a swing and a miss to end the inning and leave the bases loaded. I hate picking on Davis, but after “C’mon Pete”, he brought it on himself. This is exactly the kind of backwards approach that has been killing the Mets this season, from everybody. Not just J.D.

By the way, no this isn’t yesterday’s recap.

After Miguel Castro walked home all 44,783 fans in attendance to bring home a run in the 6th, Jeurys Familia somehow retired the side with the bases loaded and nobody on. In retrospect, I wish he would have just given up the grand slam so we could have all gone and watched the Little League World Series or something. Alonso hit a two run dinger off Blake Treinen to make the score 4-3 in the 7th, and make the Castro bases loaded walk and the Davis Debacle extremely important. The Mets got a runner on in the 8th inning but couldn’t bring him around. I only mention that because Luis Rojas pinch hit Patrick Mazeika for Chance Sisco for some reason like there is really some huge difference between a third string left-handed catcher and a fourth string left-handed catcher. Rojas is reportedly on his way to the local Southern California casino to hit on 19.

The Mets had one more chance in the 9th after Kevin Pillar was hit by a Kenley Jansen pitch, and took second on a fly out by Brandon Nimmo on a play where Pillar should have been out by 30 feet, but the throw was a hack job and Pillar was lucky enough to take second. But Jeff McNeil struck out on three pitches and Alonso struck out on four to end the ballgame. You would figure that one of these times the Mets would get a key hit just by accident. When teams are really good with RISP, the analytics people, and rightly so, say that it isn’t sustainable. That there’s no “clutch gene”. So how the hell is this futility with RISP sustainable? It’s somehow baffling and yet predictable at the same time. Baffling because … how? Predictable because it’s the Mets we’re talking about at the end of the day.