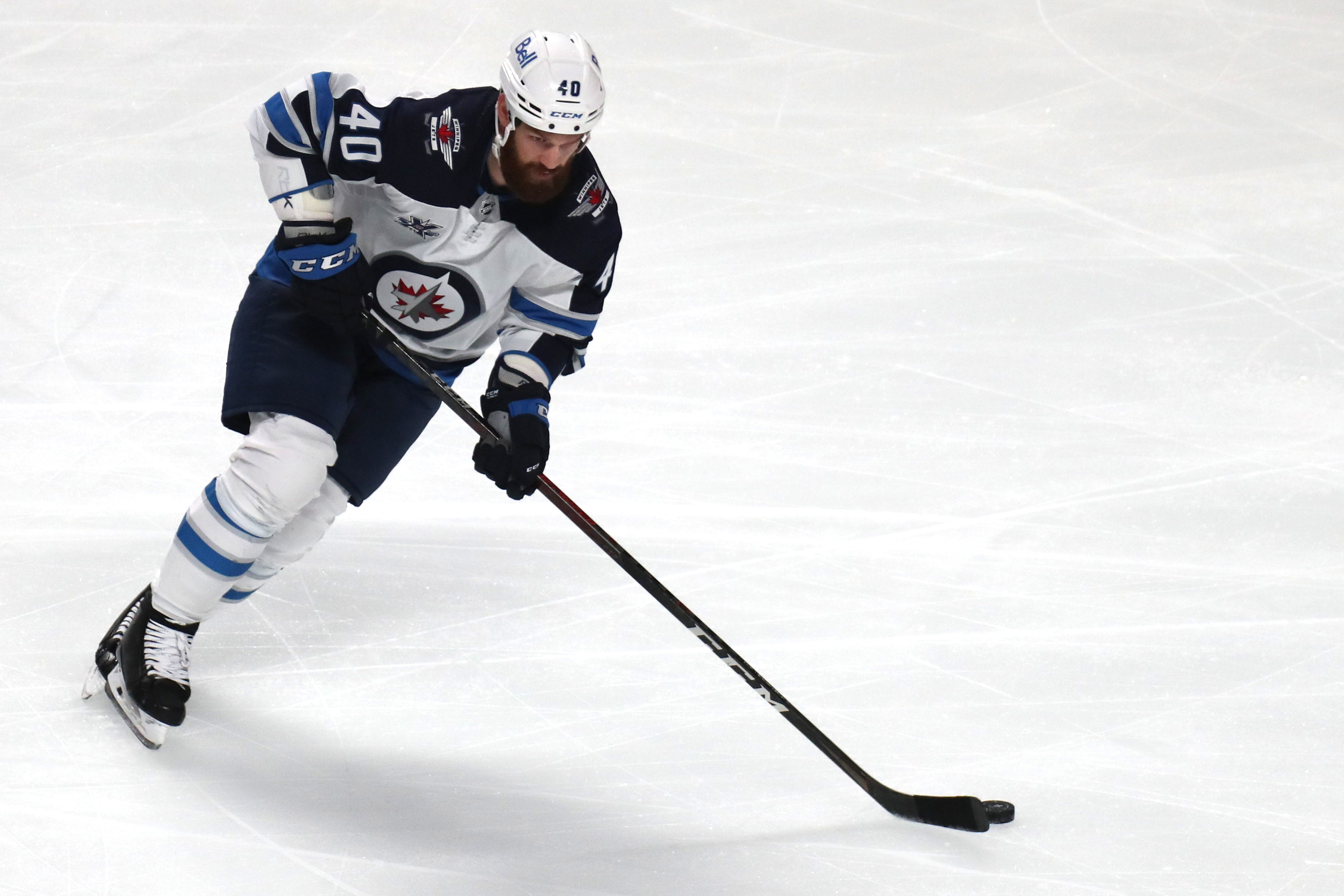 As much as people are annoyed at the lingering heat, dryness and the haze of wildfires lingering throughout this summer, the other annoying thing has been ongoing contract stalemate between Kirill Kaprizov and the Minnesota Wild.  Ok, maybe that wasn’t the best comparable.  But like the heat, if you work outside its unavoidable and its oppressive and all you can do is wait for the sun to go down and hope things cool down.  Yet there are moments where something random will catch you off guard.  That happened this afternoon when the Wild announced they signed veteran defenseman Jordie Benn to a 1-year contract worth $900,000.

The 34-year old Victoria, British Columbia-native gives the team another well-seasoned presence that can play either on the left or right side.  Benn has never been a big point producer, but he plays a physical stay-at-home game that perhaps the team felt it needed more of after the buyout of Ryan Suter.  He had a goal, 10 points, 9 penalty minutes in 39 games played with the Winnipeg Jets last season.  At 6’2″ he does give Minnesota’s blueline a bit more size to go along with 6’3″ Jon Merrill.  The team has announced he will be wearing #8 for the Wild next season. 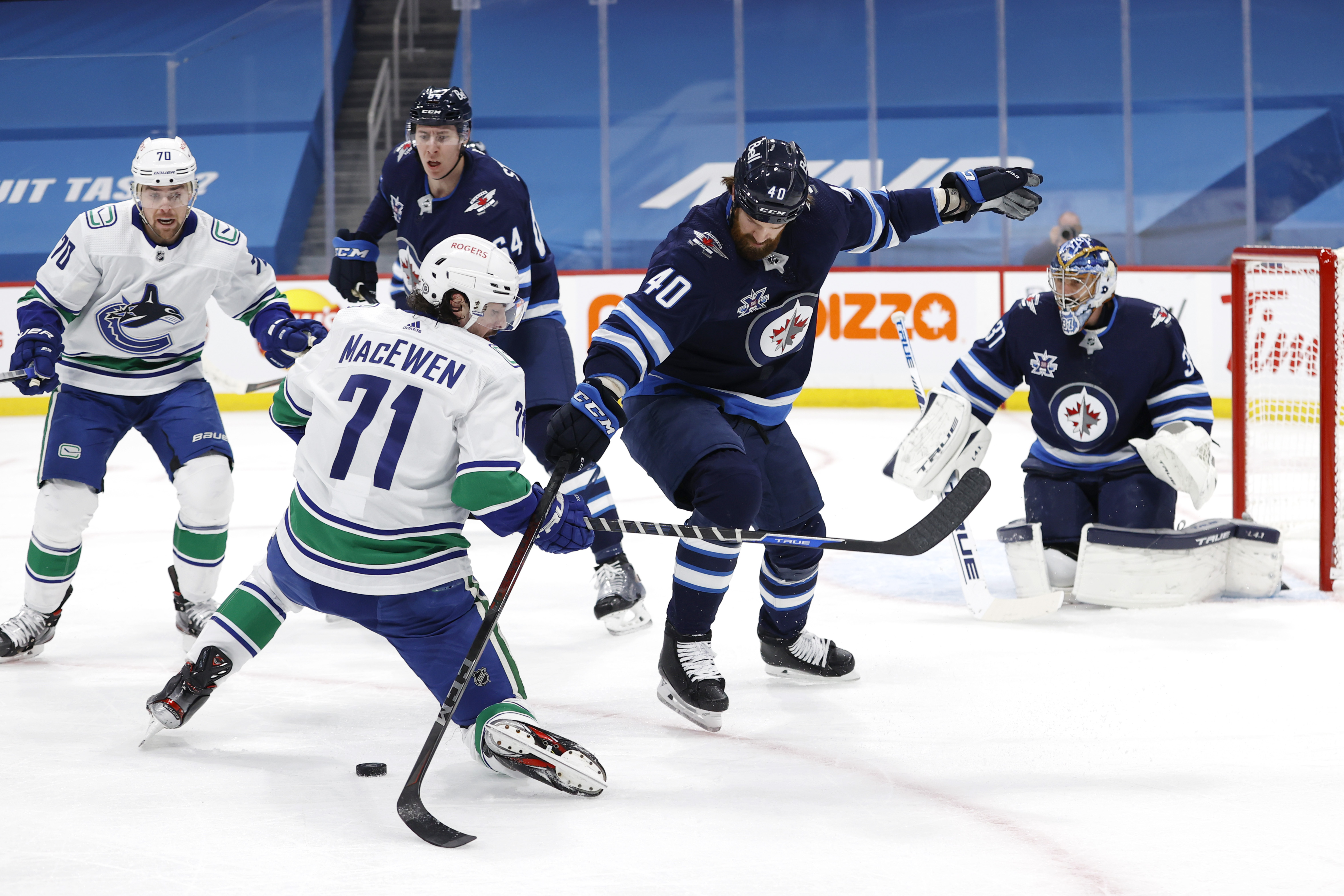 I think we could also consider this another side effect of the Wild fixating on the opening day of free agency trying to sign Nick Foligno that caused them to miss out on Ian Cole who provided leadership and some sandpaper to Minnesota’s defensive corps.  So Benn is a cheap, option to push Merrill for a spot on the club’s bottom pairing.  Obviously the team wanted to add some more size after losing out of Cole and Carson Soucy to the expansion draft to the Seattle Kraken.  The signing leaves the Minnesota Wild with a little over $12.2 million left in cap space according to CapFriendly.

Some fans are annoyed saying that Benn’s addition makes it less likely that Calen Addison will get a shot to be with the team.  While I can understand that frustration, he might develop better by logging bigger minutes in a Top pairing role with Iowa than he would playing on the Wild’s 3rd pairing.  Wild General Manager Bill Guerin also suggested a similar situation for young defenseman Ryan O’Rourke who would be eligible to play in the AHL since he played more than 30 games there last year.  Guerin has hinted that it might be better for O’Rourke’s development to be an all situations defenseman in Sault Ste. Marie than to be bottom 4 defenseman with Iowa.

At the very least Benn gives the team 7-player NHL defenseman depth and history has shown over the years that we end up using the extra defenseman at some point for at least a stretch of the season.  Guerin has talked repeatedly about how players have to prove themselves worthy of a spot and this move does fit with that mantra.  Addison is still a very important prospect for the Wild moving forward and I think if you look ahead to the 2022-23 season that it will be important that he is ready to step into a Top 4 role if things play out as many expect with a trade of Matt Dumba. 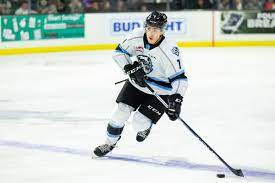 The Minnesota Wild also signed 2021 1st round pick, left-shot defenseman Carson Lambos to a 3-year entry level deal that will pay him $925,000 a season.  The Winnipeg, Manitoba-native was selected 26th Overall and split time between Finland’s 2nd tier league only to have a heart condition limit him to just one game with the Winnipeg Ice of the WHL last year.  Lambos hasn’t provided details as to the extent of his condition other than to say that the medical procedure was successful and that he’s healthy.

As Minnesota gets closer to hosting its annual prospect camp, Lambos is now securely in the fold.  He is a well-rounded 2-way defenseman with some offensive ability.  It will be interesting to see how he handles himself as the team puts him through his paces of drills and scrimmages as they prepare for their 1st ever tournament with the Chicago Blackhawks’ prospects later in September.  Next year, the tournament games will be in Chicago.  The team withdrew from its normal place in the Detroit Red Wings run Center Ice tournament in Traverse City, Michigan so hopefully that will give fans more of an opportunity to watch the future of the club on the friendly confines of Tria Rink in St. Paul.

The Huskies Warming House Podcast with Nick Maxson and Noah Grant were joined by Minnesota Wild 2nd round pick (54th Overall) in 2021 Jack Peart.  The Grand Rapids, Minnesota-native and 2021 Mr. Hockey Award winner discussed the excitement of being drafted by the club he grew up rooting for and his thoughts and impressions of going from high school hockey to playing for a very strong St. Cloud State program.

Its an excellent interview and well worth your time to get to know him a little better as he talks about which players he looked up to growing up in a town with a very strong hockey tradition.

Another Minnesota prospect turning heads and gaining more and more attention from Wild fans is Marat Khusnutdinov.  The 2nd round pick (37th Overall) in 2020 has been shining bright so far for SKA St. Petersburg in pre-season action of the KHL.  Khusnutdinov had a strong World Junior tournament for Team Russia, and was playing well in Russian junior league last season before a vicious check required him to have season-ending shoulder surgery.  The 5’9″ left shot center who has good speed and is an terrific skater who plays a solid two-way game and has decent scoring ability as the clip above will show you.

What do you think of the decision to sign defenseman Jordie Benn, was it a good move or not?  Tell us on Twitter at @CreaseAndAssist!