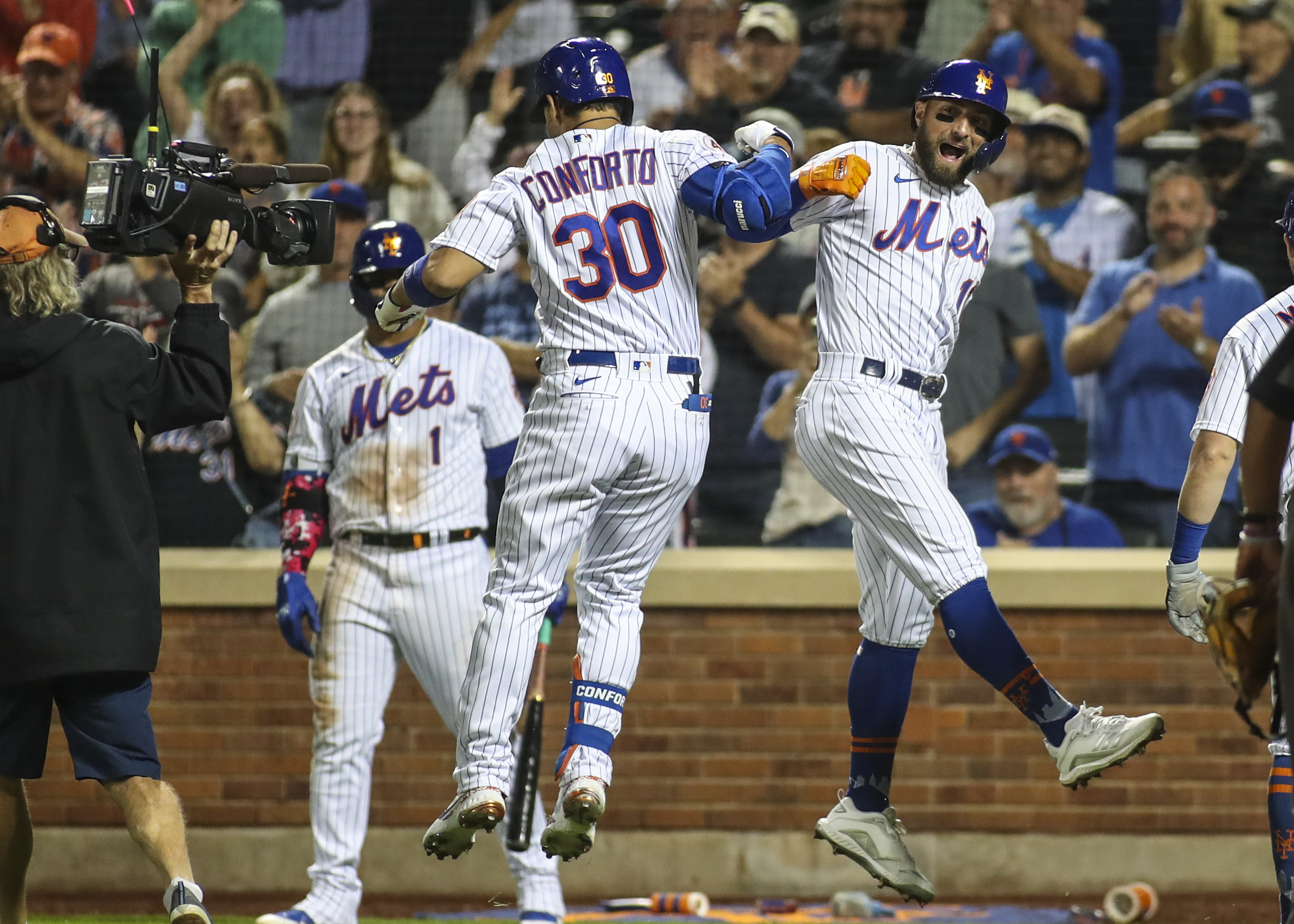 On a night where the Mets honored a Miracle Met to start the evening, it ended with a Mets miracle: a clutch hit.

It was setting up for me to wrap the same gift to you, but in different wrapping paper. Like I’m muthaf***ing Macy’s. Marcus Stroman gave up a couple of runs early as Lane Thomas, who in reality is either a third string offensive lineman or a regional furniture chain, drove in the first run and scored the second run in the 2nd inning. But Stroman righted the ship and threw six good innings while only giving up the two runs. Kevin Pillar brought the Mets back even with two solo home runs to tie the game. But Pillar was the only one to have any success off of Sean Nolin, who went from feel good story who returned to the major leagues after six seasons to Johnny Cueto Jr. toying with the Mets by adding those cute little hesitation moves like he’s Luis Tiant. (I think the actual Luis Tiant could throw a quality start against the Mets lineup these days.)

Then came the two plot twists in the 7th. The first one was predictable. Alcides Escobar, who played like he was still mad at Noah Syndergaard for throwing at him in Game 3, singled to put runners on first and third and bring up Juan Soto with two outs in a 2-2 tie. (Escobar had three hits and channeled Mark Belanger in the field.) May struck Soto out to end the inning! Great!!! But the plot twist is that during the at-bat, May threw a wild pitch to bring home Riley Adams to make it 3-2. 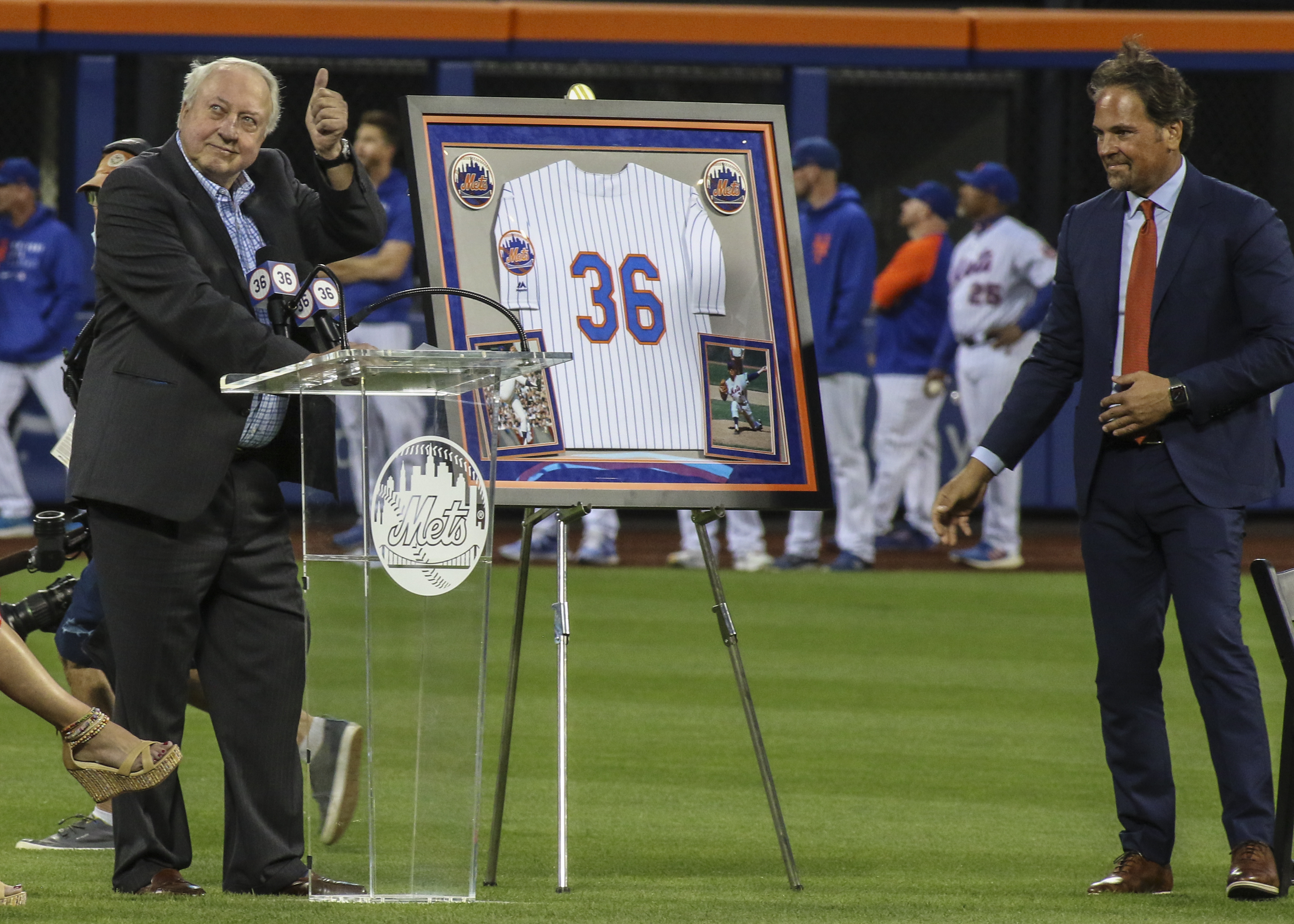 The second plot twist was anything but predictable. Jeff McNeil singled to lead off the 7th, and Ryne Harper plunked Pillar with a pitch to put runners on first and second. (Settle down, Harper threw a lollipop that didn’t lolli.) Patrick Mazeika popped up a sacrfice bunt for the first out and it looked like the inning was going to end like the last million innings: in sadness. Michael Conforto was sent up as a pinch hitter, and would face Mason Thompson who had already blown one against the Mets a couple of weeks ago.

Michael Conforto shows his teammates that it is within the rules of baseball to take an outside pitch and hit it the other way. Imagine that!

(I joke about this but with Rob Manfred as commissioner, nothing is off the table. So I’ll shut up.)

After Conforto’s home run, the game turned decidedly in the Mets favor as their bullpen has not been the problem. Seth Lugo got a key double play in the 8th and Edwin Diaz was dominant in the 9th to put the Nationals away by a score of 5-3. It was the same 5-3 score that the Mets won by when Jerry Koosman pitched a complete game to win the 1969 World Series in the 5th game. Koosman, on this night in the present, had his number honorably retired before the game. Sometimes, the baseball gods like to leave fun little easter eggs like that. I just wish those same baseball gods would, you know, take better care of Jacob deGrom. Or maybe mess with all of the Braves’ GPS’ so they would have to forfeit about 10-15 games in September just by getting lost going to the ballpark. Yeah, we could use that about now.