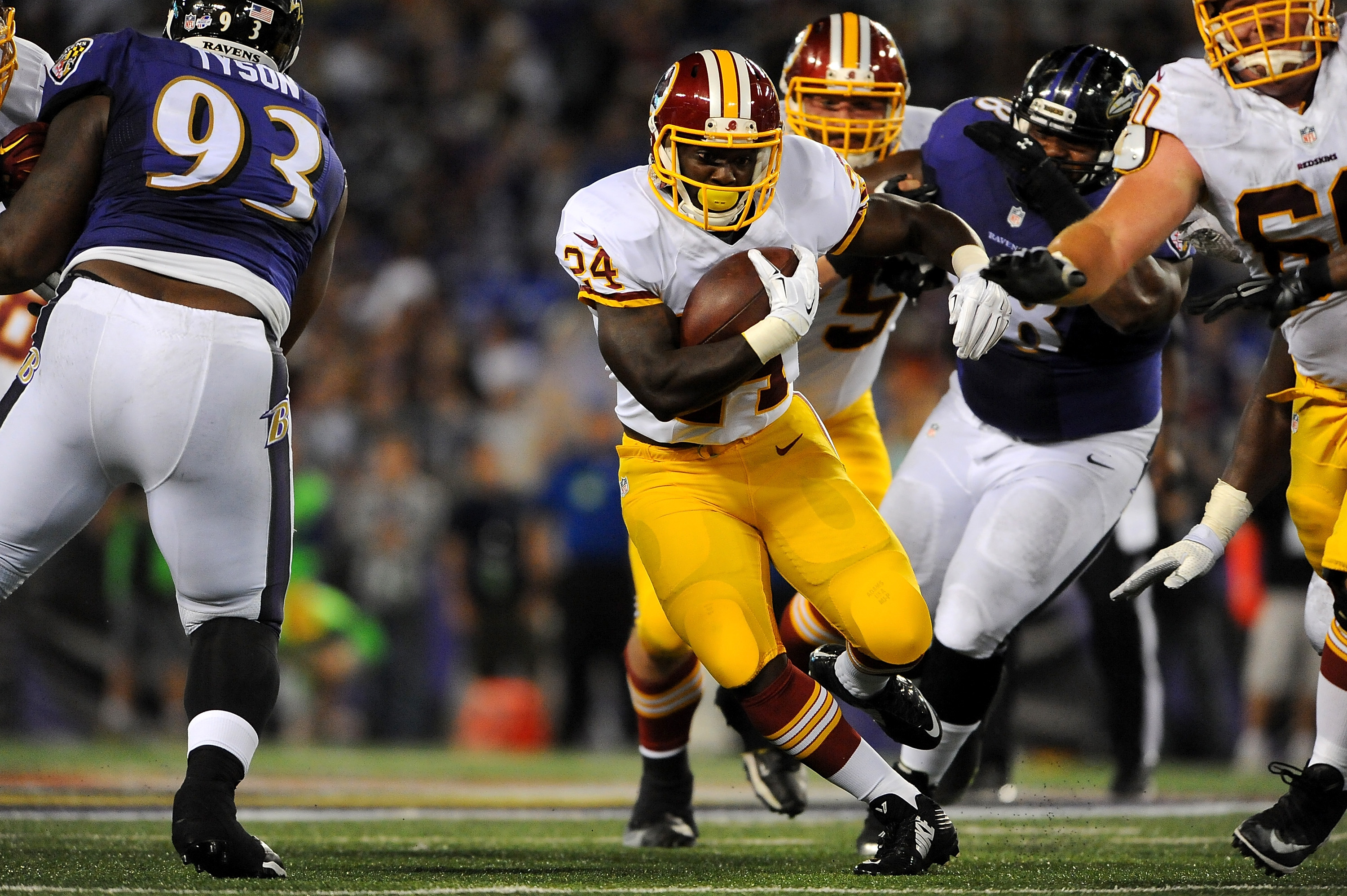 Lamar Jackson started the preseason finale and played just one series, leading the Ravens on an 11-play, 65-yard drive before giving way to Tyler Huntley.

Completing three of four passes for 29 yards, Jackson was sacked twice but threw the ball well. He was playing with a starting offensive line unit that included All-Pro left tackle Ronnie Stanley, who saw his first game action since returning from season-ending ankle surgery. Stanley was joined by Ben Powers at left guard, Bradley Bozeman at center, Kevin Zeitler at right guard and Alejandro Villanueva at right tackle.

Jackson said he thought his brief preseason work would be beneficial.

“Ronnie’s just coming back. He’s been moving and grooving in practice, but just to get out there, feel the presence of the line, know what they’re going to be doing, it felt pretty good.”

Starting the drive at Baltimore’s 13-yard line, Jackson connected twice with Mark Andrews for first downs, including a 23-yard completion on a perfectly thrown ball.

Andrews was pleased to get some reps with Jackson playing at game speed before Week 1.

“He’s the captain and commander out there,” Andrews said. “It’s obviously great to be able to play with him. He looked great, but he’s ready to turn it up a notch when we get to the regular season. So, just being able to get these live reps right here tonight, it’s going to help us out for the rest of the year.”

The Ravens drove to Washington’s 18-yard line before the drive stalled. Running back J.K. Dobbins went down with a knee injury, Jackson was sacked on third-and-10, and Jake Verity missed a 40-yard field goal attempt to keep the game scoreless.

Baltimore’s franchise quarterback spent the rest of the game on the sideline cheering for Huntley and the rest of his teammates. Jackson has thrown the ball well in training camp, and after Saturday’s taste of game action, he will now focus on preparing for the regular-season opener Sept. 13 against the Las Vegas Raiders.

It’s also a great indication for Stanley, who is clearly ready to go for Week 1 in Las Vegas. Stanley has been ramping up in practice and now has some game reps under his belt.

“It felt great to be back out there on the field again, competing against guys in different uniforms,” Stanley said. “It’s a great feeling.”

Building a 23-3 halftime lead, the Ravens rolled into the NFL record books by winning their 20th consecutive preseason game, 37-3, over Washington at FedExField. Baltimore’s streak surpasses the 19 straight preseason games won by the Green Bay Packers (1959-62), coached by the legendary Vince Lombardi.

The Ravens have completed five straight undefeated preseasons under Head Coach John Harbaugh, a reflection of how diligently they practice, prepare and play, regardless of the season. Saturday’s contest had the feel of so many Ravens preseason games during their streak. Their starters were prepared, their backups were prepared, and many players made winning plays.

Backup quarterback Tyler Huntley was the star of Saturday’s show with five touchdowns – four throwing and one running. Huntley was red hot and once the Ravens got rolling, Washington could not stop the avalanche. Huntley ended up completing 24 of 33 passes for 285 yards and four scores through the air and carrying the ball six times for 14 yards and an additional end zone trip. Huntley’s exploits were overshadowed, though, by the first-quarter injury sustained by running back J.K. Dobbins. After catching a screen pass from Lamar Jackson, Dobbins got his leg bent backwards while being tackled. He had to be helped off the field by trainers and later carted to the locker room. Dobbins was set to play the lead role in Baltimore’s backfield this season. If he has to miss time, Gus Edwards would presumably play a much larger role, while Justice Hill and/or Ty’Son Williams would see increased snaps as well. And of course, Baltimore could elect to trade for an additional back or sign one after roster cut-downs. But all of that is secondary to the obvious concern regarding Dobbins.