Luke Irwin: Well, let’s start with this; Tyron Woodley is no Ben Askren. Sure, they’re both wrestlers by trade, but Woodley has at least shown that he has SOME acumen in his hands. Sugar Ray Robinson he is not, but he’s far more capable than Askren. This will, no doubt, be Paul’s toughest test to date. I don’t see Woodley walking into a faceplant like Askren did, and we all know Woodley will not fight an exciting fight if he absolutely doesn’t have to. Re-watch his fights with Stephen Thompson to see proof of this. He will absolutely not put himself in danger if he doesn’t need to be. He’ll wait you out, as long as he has to. This will go to the cards, and Woodley may have jabbed his way to a close decision. Woodley via SD. 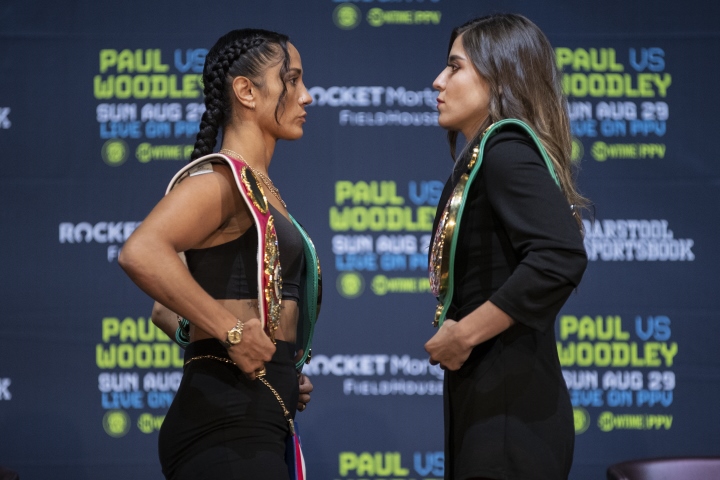 Luke: Mercado is young and a true contender, as she was a longtime champion at junior featherweight, but she’s moving up in weight to take on an icon in women’s boxing, and I think it’s a little too soon for her. Serrano via UD. Luke: Baranchyk moves up in weight against a tough, tough, opponent, but I think he’s up to the challenge. Baranchyk via UD.