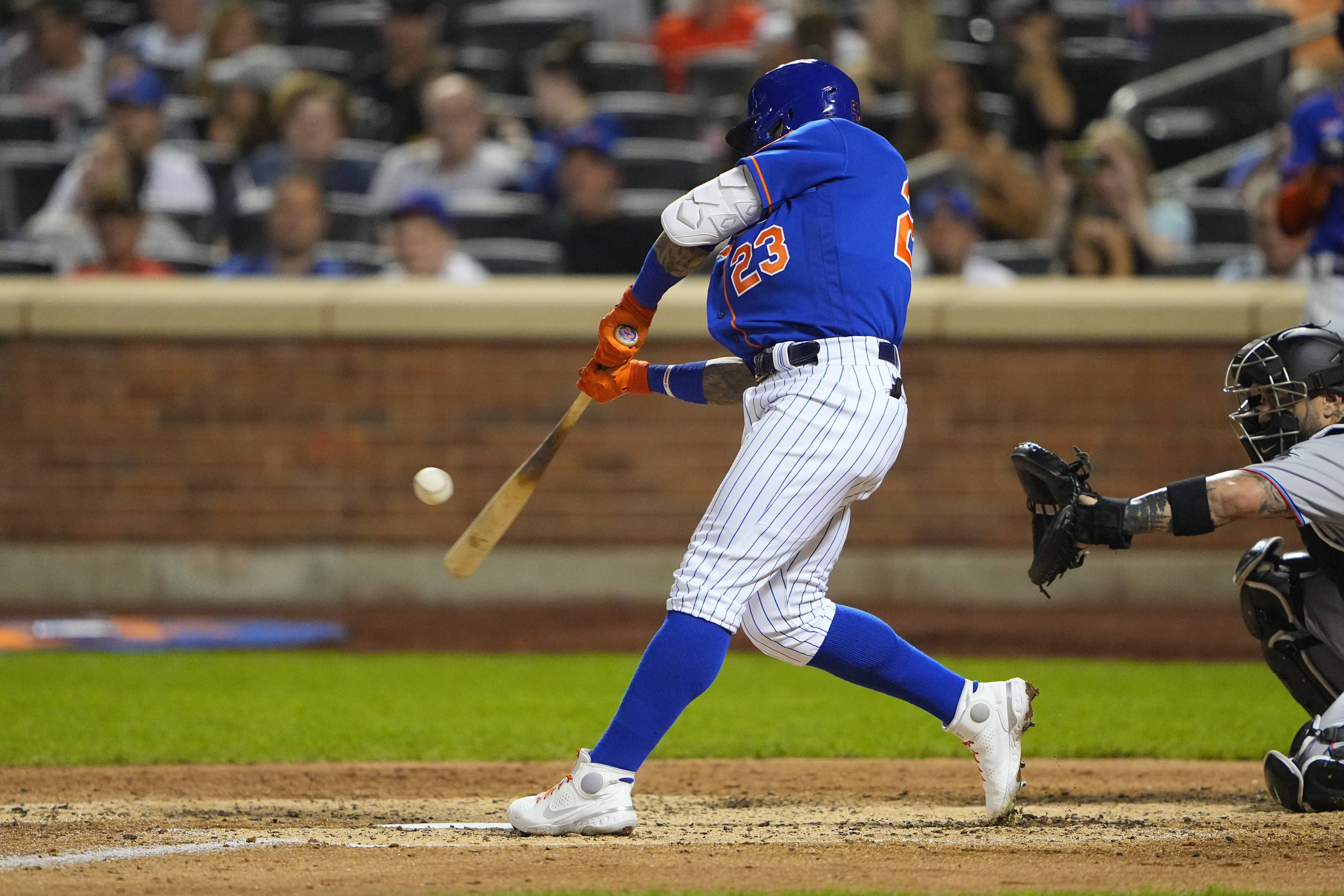 The New York Mets (65-67) got Wednesday off after the remnants of Hurricane Ida pummeled the New York area, giving them more time to bask in a doubleheader sweep of the Miami Marlins (55-78). The break was also fruitful for the Mets, who picked up a half-game in the National League East standings as the Atlanta Braves were swept by the Los Angeles Dodgers, cutting their deficit to just five games. The Mets will look to pick up another game on the Braves as they wrap up their series with the Marlins tonight. First pitch for today’s game is scheduled for 7:10 p.m. at Citi Field.

Right-hander Carlos Carrasco (0-2, 6.94 ERA) will take the mound for the Mets tonight. Carrasco pitched well against the San Francisco Giants last Thursday, allowing just two runs in seven innings of work, but was stuck with a no-decision in a game the Mets went on to lose 3-2. The Marlins will counter with righty Sandy Alcantara (8-12, 3.27 ERA). Alcantara dominated the Cincinnati Reds in his last start, allowing one run in seven innings of work last Saturday to pick up his eighth win of the year.