When I Suck, You Win! 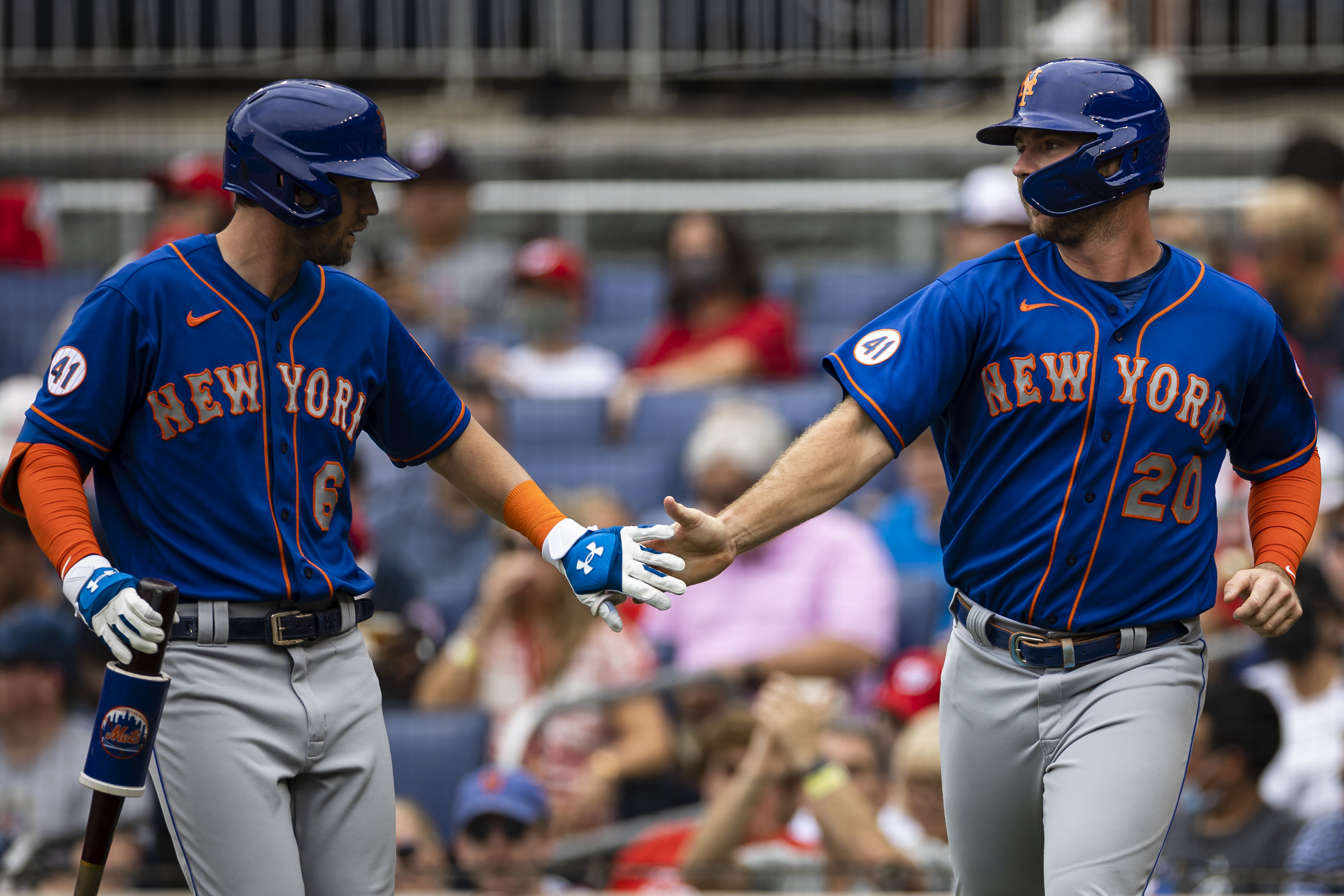 When I Suck, You Win!

I was told that I write better when the Mets lose. Probably a mixture of being more loquacious when they lose, and that when they win my best explanation is “well they should be beating the Nationals.”

Well good news: What you’re about to read is going to suck.

It wasn’t easy, the Mets might have won despite their manager’s inconsistent handling of Taijuan Walker, leaving him in until he blew a 6-3 lead (as opposed to a quick hook on August 25th, which I detail here, and which I would have detailed here in more detail if the Mets had lost, which would have meant better writing.) But the Mets scored late, loading the bases against Andres Machado in the eighth before a Patrick Mazeika sacrifice fly gave the Mets a 7-6 lead, and scoring six runs in the 9th off Austin Voth including a grand slam by Kevin Pillar to put the finishing touches on a 13-6 victory. Just what they should be doing against the Nationals.

Francisco Lindor and Javy Báez, rested yesterday because of the moon in Virgo or some shit, were productive today. Báez was 4-for-4 with a homer and a stolen base (first time since Kevin McReynolds in 1988 … thanks Wayne Randazzo), and Lindor smacked a home run to kick off the 9th against Voth. The entire top of the order was productive: Jonathan Villar 2-for-6 with an RBI. Pete Alonso 3-for-5 with two scorching doubles off the left field wall. Michael Conforto 2-for-5 with 3 RBI. Jeff McNeil 2-for-3 with an RBI and a walk. Pillar had two hits including the slam. 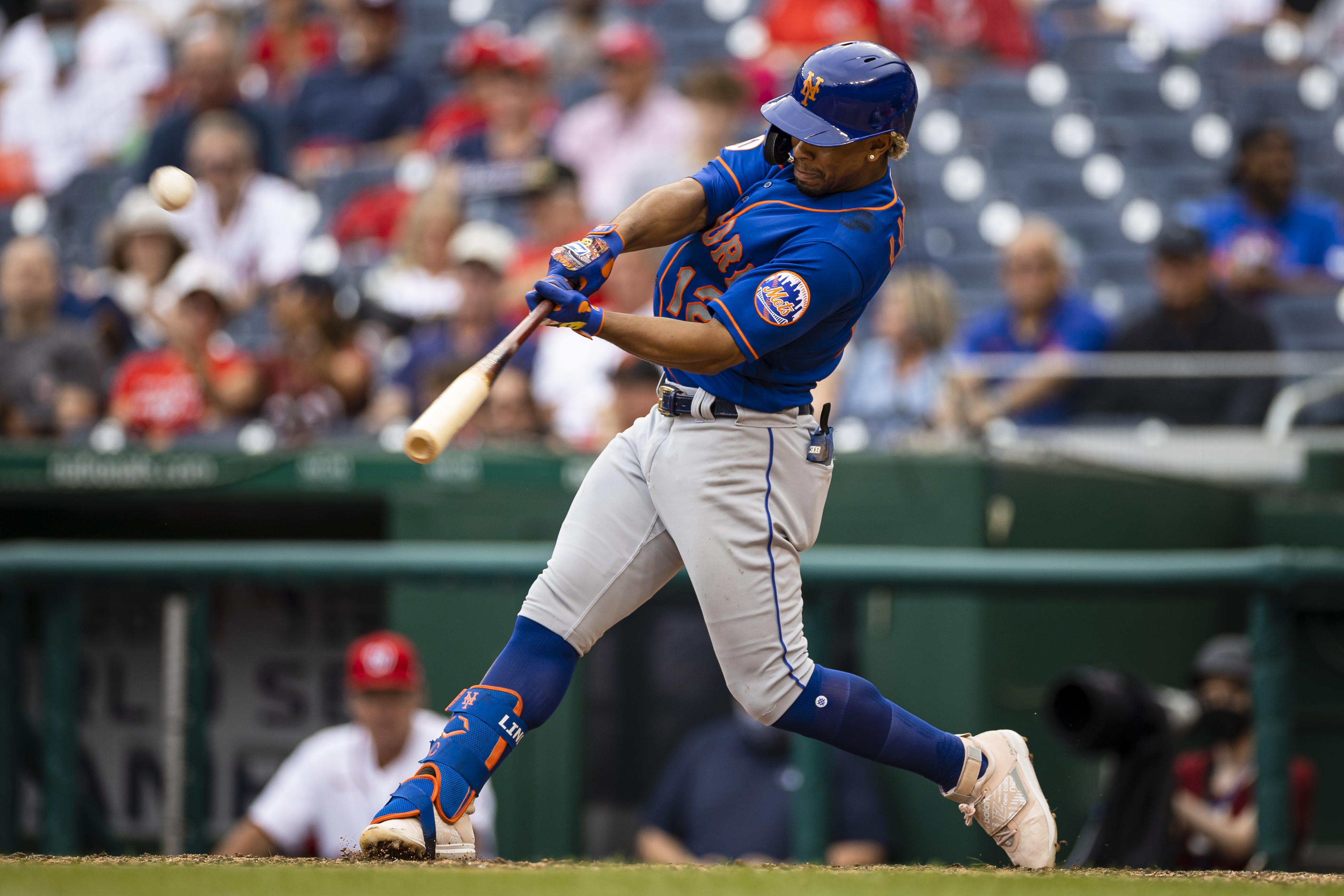 The bullpen also picked up Walker, holding the Nationals hitless for 4 and 2/3’s innings, which is less and less surprising every day. Today was the least surprising as most of the bullpen was available today (everybody except Miguel Castro.) With the Mets exploding in the 9th, they got to save Edwin Diaz in favor of Yennsy Diaz, so they get to have their closer ready for the Labor Day tilt with Washington.

So there are four games left against the soft part of the schedule, although you know the Marlins are going to play the Mets tough like they always do, and like they are playing against the rest of the league as they are not lying down against the likes of the Phillies this weekend. With the Braves up 6-1 against the Rockies with Charlie Morton on the mound at this time, the question becomes: How many games can they make up before they start a group of games against the Yankees, Cardinals, and Red Sox on Friday?

With Washington up next for Atlanta in the Cobb County, the answer will probably be a disappointing one, which means the Mets will have to stay on point over the next two weeks to have any chance at getting within the magic number of three games going into the final weekend of the season. The Braves schedule is actually very favorable for them: Home against Washington, Miami and Colorado, then on the road against the restaurant quality Giants and the truck stop breakfast burrito quality Arizona, then at the struggling Padres for four before they return home against the Phillies before the … hopefully … big series against the Mets at Cobb.

Typing out the rest of the Braves’ schedule just depressed the hell out of me. My friend is right: my writing sucks when we win.